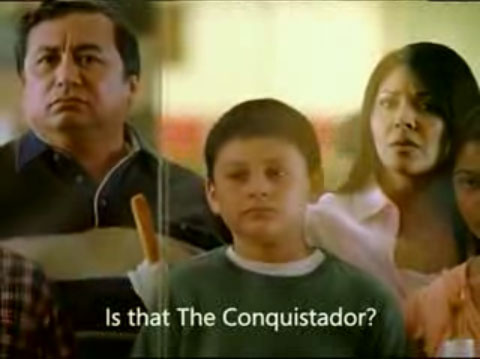 So there’s been a lot of talk about the new Microsoft ad with Bill Gates and Jerry Seinfeld. The responses have been positive, negative and confused.
I loath Microsoft software, but I still think the ad is funny. Only time will tell what Microsoft’s ad agency, Crispin, Porter + Bogusky, have planned for the remainder of the $300 million campaign.
…and whether that campaign will make any dent in altering the public perception of Microsoft.
One detail I found interesting is when the latino family is looking into the store and the mother asks, “Is that the Conquistador?”. We know from the context of the commercial that she’s referring to the shoe Bill is trying on.
Or is she referring to the other Conqueror?