“such a tool is barely in its trial stages”

Google has announced that it’s partnering with the White House to create a national coronavirus website, which is totally related to whatever the hell the administration was talking about at Friday’s press conference. There, President Donald Trump vastly oversold and misattributed an upcoming, supposedly Google-run project to build a “nationwide” coronavirus screening site to direct people to nearby “drive through” testing depending on their symptoms.

In reality—as Google clarified in a frantic tweet just hours later—such a tool is barely in its trial stages at Verily, Google’s sister-company under the Alphabet umbrella, and it will only be useful for people in the San Francisco Bay Area for the foreseeable future. It purportedly wasn’t even intended to be publically available until White House staff dropped the ball.

A person familiar with the matter told the New York Times that Verily’s pilot program (not a website—that’s still yet to be announced) is planned to launch Monday and can direct Bay Area residents exhibiting flagged symptoms to a total of three testing locations. While still absolutely commendable, don’t get me wrong, that’s still significantly different and scaled-down from what Trump and co. were selling.

Anyone who works on websites and apps knows no one, not even Google, can launch a nationwide website in few days, or a few weeks. There’s many moving parts: design, development, databases, security, redundancy, HIPAA Compliance, and testing/QA to name just a few.

Is that you, Suunto?

News came last week that Alphabet’s health division, Verily, got clearance from the FDA to test the EKG feature on their smartwatch. Remember, last year Apple introduced this feature on the Apple Watch Series 4.

Anyway, that’s not the follow-the-leader news that caught my eye. It was the watch photo featured in the Verge story. It reminded me of a watch I had seen before: 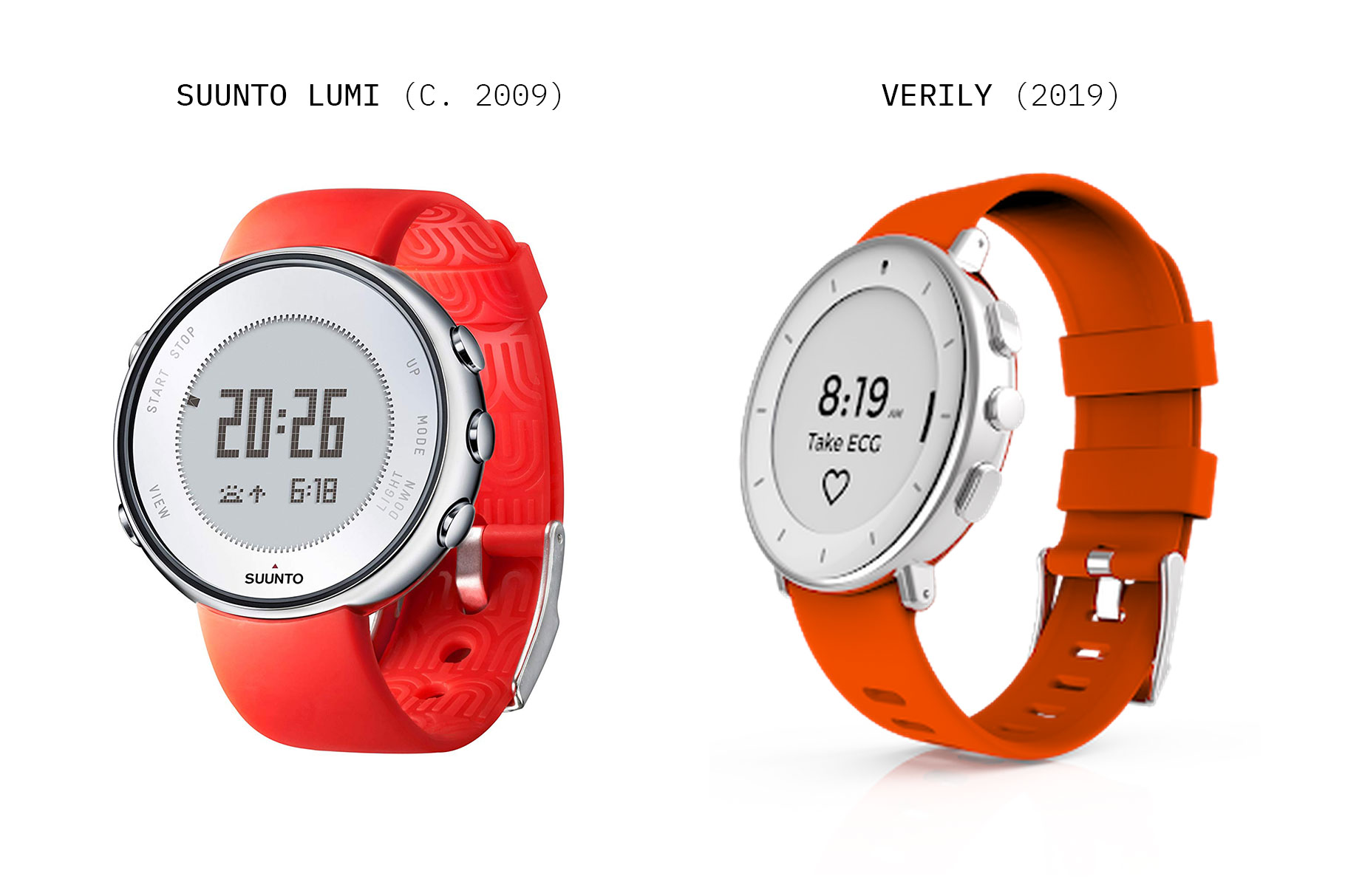 The reason I know about the Suunto Lumi is because I bought one and wrote a blog post on it in 2009.

Everything is a remix.

Everything is a Remix, Influencer, Product