Position is a Function of Time 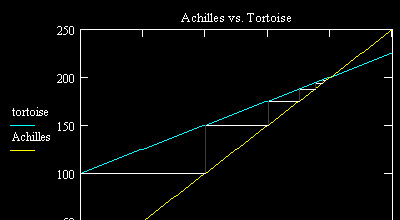 Most Influential Flash Site Of The Decade – 2Advanced wins at theFWA.
I agree with this win 100%. Let me start off by saying that I am not a fan of the Eric Jordan style – probably because I have seen hundreds of sites that imitate the techie-futuristic-slick style that he established. Being the most influential in any subject sounds like a great thing, but in this case I’m not so sure.
I’m going to alter the title for myself and declare the most influential person to me as an interactive designer – Robert Penner. Robert Penner took the concept of movement and friction in Flash and broken down to what it is: position is a function of time, or p=f(t). From here came the birth of the Tween Prototypes from Laco…. and from there was created the Fuse Engine.
I would never have to deal with Zeno’s Paradox again.