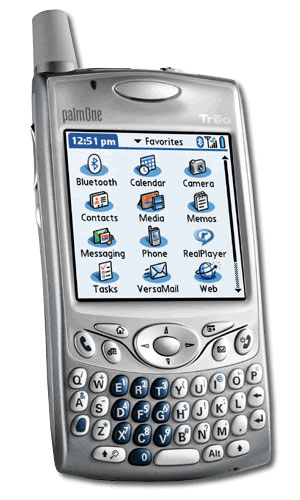 Last month marked the retirement of my Palm Treo 650. This phone, combined with my Treo 600 before it, lasted me for over 3 years – and it did it’s job very well. Its top selling point for me was the Hot Sync ability. The fact that if I ever lost or broke my phone, I could just sync my new phone with my computer and all my contacts would be back. In fact, the information on my Treo(s) was actually legacy information from my Samsung SPH-300 (Palm OS) and my Palm Vx before it. So you can see, syncing is very important for me. The idea of having to re-enter info into a phone annoys me to no end.

In January of 2007, I was almost ready to renew my contract with Cingular and get a new Treo 680 – but then Apple dropped the iPhone and that changed the whole game. Suddenly the Treo looked dated. Ok, fine, most mobile phones still look dated, but before the iPhone, the Treo had no foil, nothing innovative and modern to contrast its dated operating system. Looking at the Palm Treo now next to the iPhone is like looking at the original 8-bit Nintendo Entertainment System next to a Playstation 3.

…and like the NES, I still love my Treo, but it’s day has passed. I might occasionally pick it up to look nostalgically at the antiquated OS.

…or to play Dope Wars.