Full disclosure: I am an Apple shareholder, and have been using Apple computers for over 10 years. Microsoft can take it deep.

I’d like to squash all these false statements about how Apple ‘fanboys’ gloat over their precious iPhones.
I was out this weekend with some friends and friends-of-friends. They all had iPhones, and the interesting thing was – they were all PC users. Below is a shot I took with my iPhone of the other three.
I have to tell you, PC users seem to gloat just as much over their iPhones as Mac users do. So be sure you know who you’re talking about next time you want to hate on a Mac user, he just might be one of your own!
Stay vigilant. 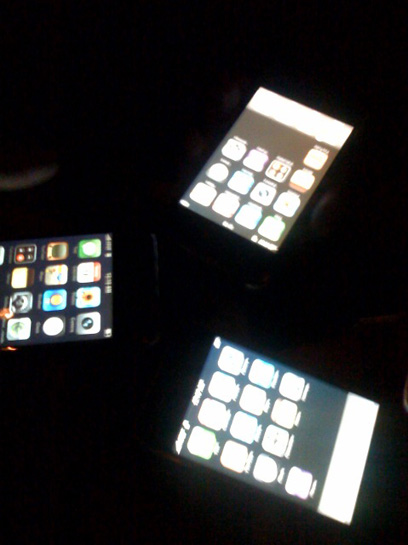