So I’ve got a new favorite t-shirt brand:

They’re called Barking Irons on the Bowery.
From their Wikipedia page:

The name “Barking Irons” comes from a 19th century slang term for pistols. The term was created by gangs of youths that haunted New York’s infamous Bowery. The Bowery, a theatre district for much of the century, was a critical proving ground for indigenous American culture in the 19th century. Uniquely American art forms such as tap-dancing, minstrel shows, and vaudeville theatre all gained popularity in the Bowery theatres of the time. 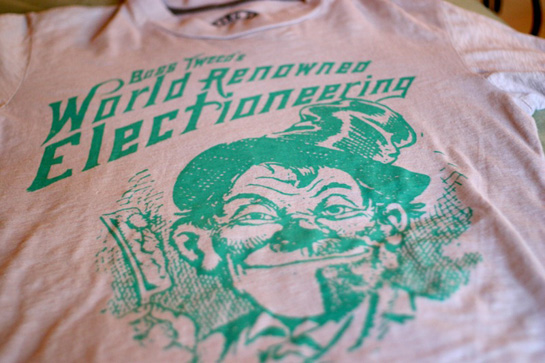 Over the last 10 years or so, I’ve become more and more interested in the history of New York. It began in earnest after seeing Gangs of New York and realizing my Irish ancestors on my father’s side came to to New York not long after that film takes place. Since then I’ve read books and watched documentaries on the city – most recently Secrets of New York on NYC TV.
These shirts are fueling my continued curiosity of the city. 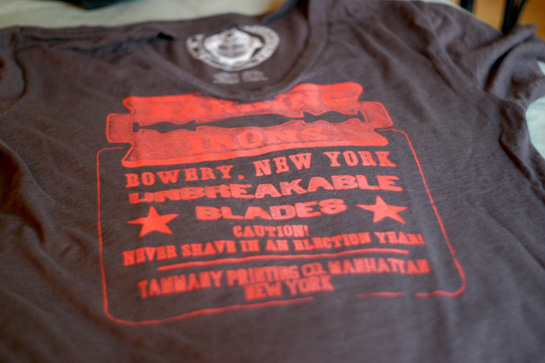 What’s great about these shirts is each of the collections they’ve put out are themed on a particular aspect of New York history.
barkingirons.com