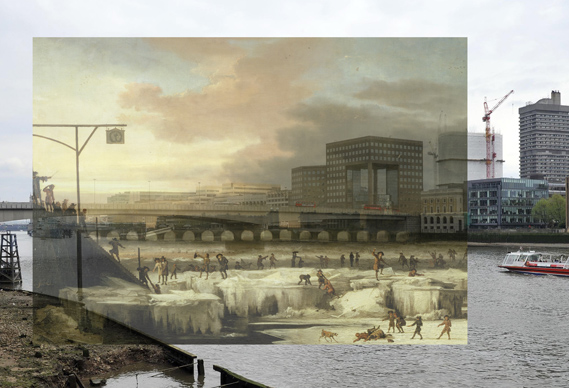 The free app, called StreetMuseum, has been developed with creative agency Brothers and Sisters and makes use of geo tagging and Google Maps to guide users to various sites in London where, via the iPhone screen, various historical images of the city appear …

Awesome. It’s also a natural evolution of the Flickr group A Look Into the Past that was made it’s way around the blogs earlier this year (via Johnny Juice): 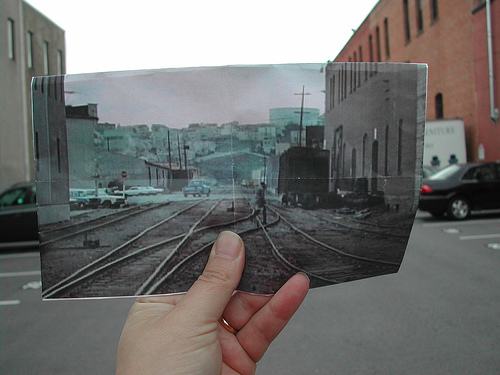 And according to Laughing Squid, A Look Into the Past was inspired by Michael Hughes’ “Souvenir” photoset on Flickr: 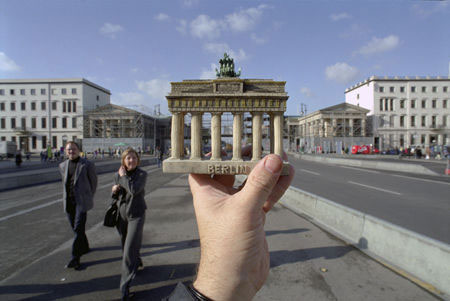 What a great chain of influence.