Design in the Age of Multi-Touch Reproduction

PSFK asks, Is The Touchscreen Killing Or Reinventing Design?
Good friggin’ question. Actually, it’s a decent question, but a bit general. A better question would be, Is The Touchscreen Killing or Reinventing Industrial Design?
Right now and for the foreseeable future, the answer is yes, the touchscreen is killing industrial design. We’re replacing real clocks, calculators, compasses and keyboards with virtual ones on screens. Not only are we killing industrial design, but we’re also killing the enjoyment of touching physical objects. Pressing real buttons, typing on real keys. We’re replacing physical feedback from physical products with haptic, aural and visual feedback from virtual devices. Real buttons that make click-sounds and spring back from real springs are now WAV files of click-sounds and animations of up, hover, press and release states.
We’re living in the age of skeuomorphs:

A skeuomorph is a derivative object which retains ornamental design cues to a structure that was necessary in the original. Skeuomorphs may be deliberately employed to make the new look comfortably old and familiar, such as copper cladding on zinc pennies or computer printed postage with circular town name and cancellation lines.

I grabbed this word from Adam Greenfield’s blast on Apple (via Daring Fireball) and their overindulgence in this area:

The iPhone and iPad, as I argued on the launch of the original in 2007, are history’s first full-fledged everyware devices — post-PC interface devices of enormous power and grace — and here somebody in Apple’s UX shop has saddled them with the most awful and mawkish and flat-out tacky visual cues. You can credibly accuse Cupertino of any number of sins over the course of the last thirty years, but tackiness has not ordinarily numbered among them.

While the loss of analogue devices can be sad and their digital replacements can be lacking in responsiveness, I don’t think the retro TV shell by frog creative director Jonas Damon is anything more than cute decoration. While Apple creates digital skeuomorphs, Damon makes analogue skeuomorphs. 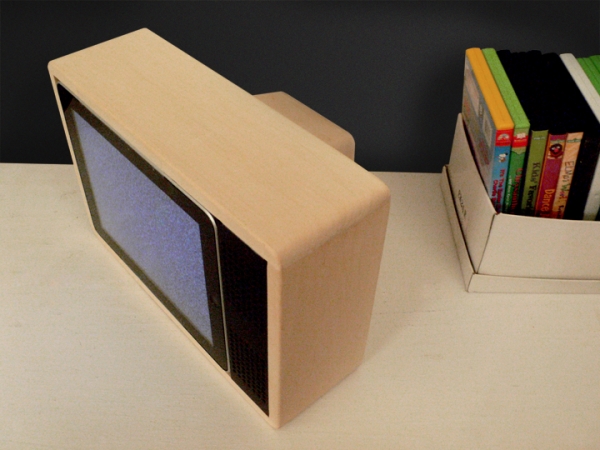 The Wii steering wheel is example of transcending a skeuomorph and providing actual, functional value to a non-analogue device. In the absence of the wheel, the Wii controller doesn’t lend itself well to driving: 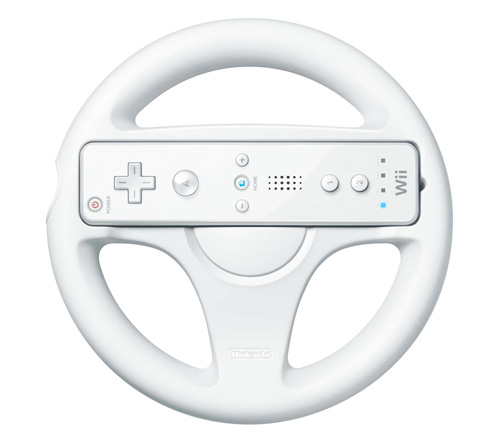 We’ll reach a point in the future where digital devices will be able to give us physical feedback – be it tactile, aural or olfactory, but we’re not there yet. We’ll continue to see skeuomorphic crutches for out digital devices and these crutches aren’t always bad. 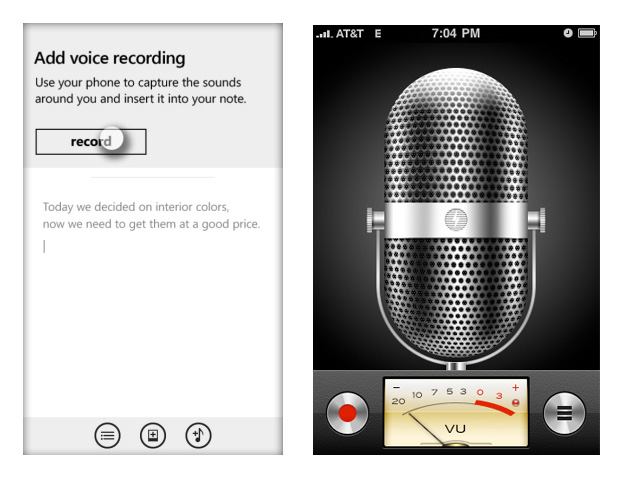 While Greenfield can argue Apple has the skeuomorphic dial up to 11, I much prefer this to the complete lack of substance in the Windows Phone 7 user interface. With that said, I do agree Apple can go heavy on the GUI sauce (see my post on The Goddamn Page-Turn).