helping out those feeble electric currents 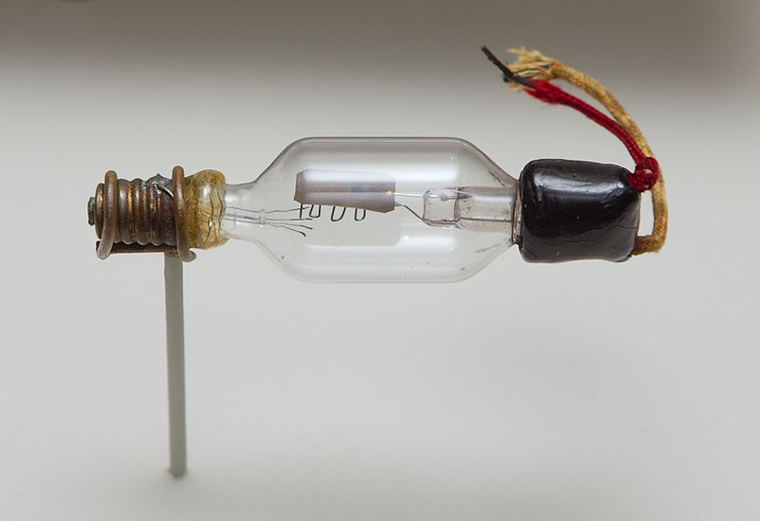 Nick Carr has posted a chunk of his new book, The Shallows: What the Internet Is Doing to Our Brains:

De Forest couldn’t have known it at the time, but he had inaugurated the age of electronics. Electric currents are, simply put, streams of electrons, and the Audion was the first device that allowed the intensity of those streams to be controlled with precision. As the twentieth century progressed, triode tubes came to form the technological heart of the modern communications, entertainment, and media industries. They could be found in radio transmitters and receivers, in hi-fi sets, in public address systems, in guitar amps. Arrays of tubes also served as the processing units and data storage systems in many early digital computers. The first mainframes often had tens of thousands of them. When, around 1950, vacuum tubes began to be replaced by smaller, cheaper, and more reliable solid-state transistors, the popularity of electronic appliances exploded. In the miniaturized form of the triode transistor, Lee de Forest’s invention became the workhorse of our information age.