resistance to being bent 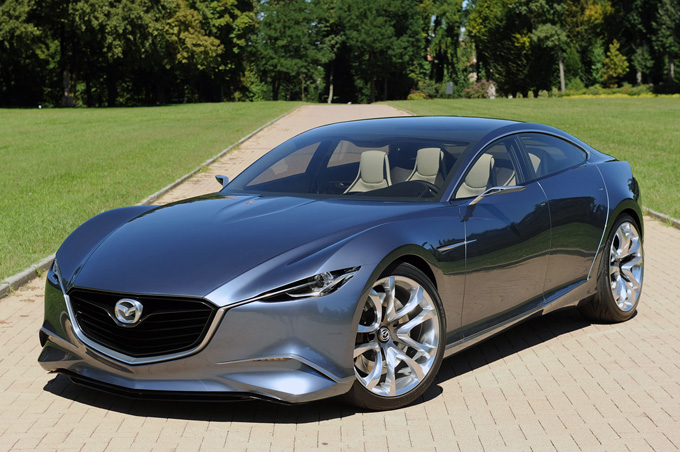 The Shinari concept, which roughly translates to “resistance to being bent,” will serve as a the basis for Mazda’s new design language, and many of the styling cues will make it to future production vehicles. That means that the Shinari will essentially affect the design of every vehicle coming from the Japanese automaker for the next several years.

The Shinari Concept represents the first styling concept under his new design theme, KODO, which replaces the controversial Nagare them from the past several years. While the Nagare-styled cars were represented by wavy, flowing lines, a trait that looked great on concepts but was tough to implement on production cars (see Mazda3), KODO is more of an organic style that still takes cues from the natural world, but in a much more solidified and powerful sense. Maeda describes KODO as form with a soul, or bringing form to life, with the three key terms defining the theme being speed, tension and alluring. “There are few products of industrial design that can be compared to living entities which convey energetic motion and which invite affection,” he says. “It is this intrinsically emotional appeal of the car that I wish to express when creating Mazda cars.”