Writing blanks: “also known as ‘school pieces’ or ‘Christmas pieces’, these were single sheets printed from copper or wood engravings, issued by print sellers (and, later, children’s booksellers), and sold to children across a broad socio-economic spectrum. ‘Regularly published at least twice a year’, they were intended as a form of sampler, the child filling in the blank space in the centre of a sheet with a set piece in her or his best penmanship. They were sold in book and print shops ‘for the use of writing schools, at the vacations of Lady-day-Midsummer-Michaelmas-Christmas, &c.’, as well as by street criers. Schools, and, in one recorded example, a workhouse overseer, distributed them. 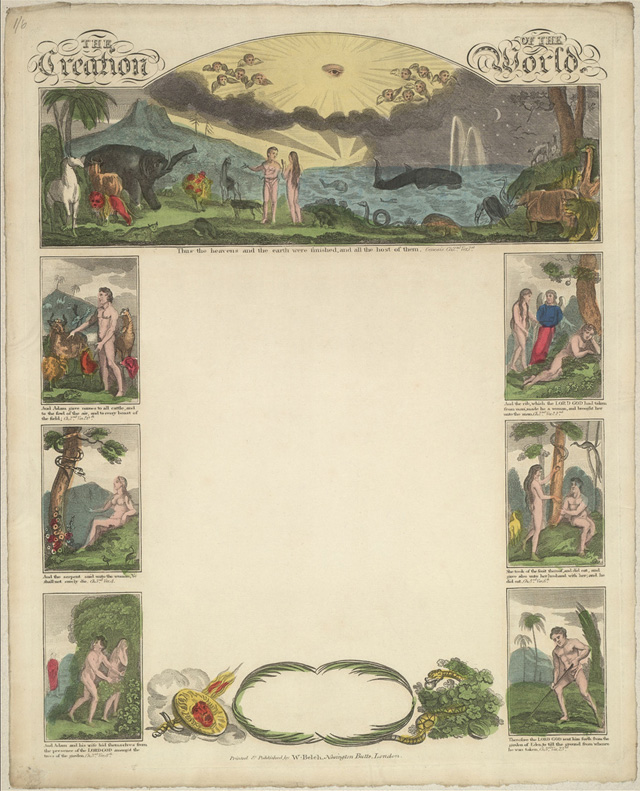