It’s not every day you see Fugazi featured on the homepage of NYTimes.com: 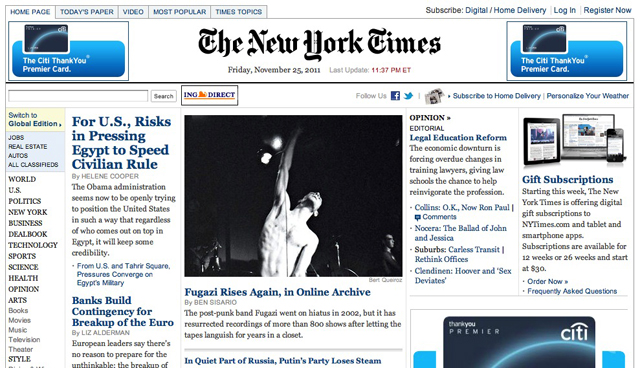 Less known was that the band fastidiously recorded almost every concert. After letting audio tapes for more than 800 shows languish in a closet for years, Fugazi has begun putting them all on its Web site, with the first batch of 130 shows going up next Thursday.

In keeping with its commercial principles of low prices and trust in fans, the shows’ suggested price is $5 each, with a sliding scale of $1 to $100, for the cheap or the philanthropic.

Badass.
I loved Fugazi growing up. Still do.
*If you you’re confused about the title of this post, try this.