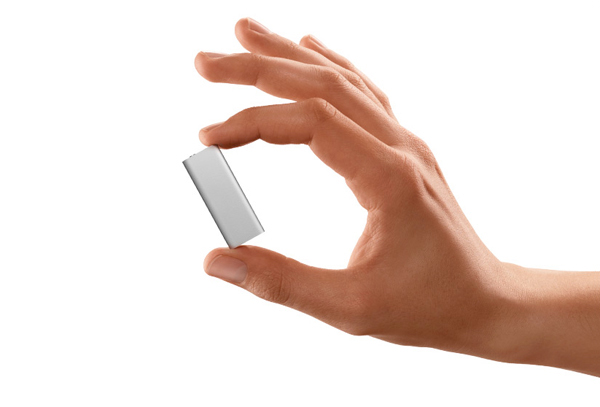 I originally wrote this piece back in 2009. With Apple recently introducing Siri, it is interesting to go back and read what I wrote:

The posting of specific product launches or reviews of these products is not something that deserves a spot on this site–we’ll leave that to the engagets of the world. So it is with some apprehension that I make a post specifically focusing on the new iPod Shuffle and what it represents not only to Apple, but to people in general. After all–it’s the people that end up using these products.
Apple announced its new iPod Shuffle with less media spectacle and usual hoopla that follows much of its product line. It has been a pattern that I have started to notice, and that is the fact that there seems to be a lot more to the products that receive less attention. There always seems to be a lot of things that go missed by the mainstream reviewers, and less thought into these patterns that keep appearing. There is more to this phone–oops, I mean iPod–than meets the eye.
This new iPod Shuffle is a culmination of many technologies that have been championed by Apple over the years. One of the key elements that is missing from this new device is a physical interface contained on the unit. This has now been placed on the headphone cord and now makes it very easy to control, using various clicking combinations. The other bit of technology to accompany this addition is the use of voiceover to alert people as to the name of track and artist that is playing in their headphones–this was something that was lacking in previous models of the iPod Shuffle. With all this said, there is a reason for it, and it’s not just to sell more units. This is one step closer to the perfect interface and the perfect phone–oops, I mean iPod.
This iPod demonstrates a device that is not only less intrusive to use, but it is a device that is completely accessible to visually impaired people. The use of the headphone controls along with the voice feedback on the device, make it something that opens up the doors to people who could not enjoy the full experience of the screen-based iPod. These people can now navigate tracks and receive feedback as to what content is playing, giving them an experience in a mainstream music device that has not been achieved before.
This furthers Apple’s quest for the perfect interface, the interface that doesn’t have somebody bound to the use of a screen, but can offer an experience that is just as enjoyable–or maybe even more enjoyable. Only time will tell, but I think this represents a movement into a realm never seen before.
For those of you that know me–you know that I have always talked about how I would like to see somebody put a screen-less phone to market. There have been attempts by some companies to do it, but nothing that has produced good results. I think Apple has an opportunity to do it, and to actually pull it off.
The addition of the voiceover technology makes me think about voice coming from the other direction. I don’t mean the lousy attempts by other companies to integrate voice commands into their devices, I mean a system that actually works. A system that would allow people to place calls through the use of their voice, along with being able to go through their address book and place calls. We may not be able to get rid of the phone keypad, but just imagine a phone/iPod that was contained in a pair of headphones. It may not be that far off.
Thanks for listening and keep on heeding.