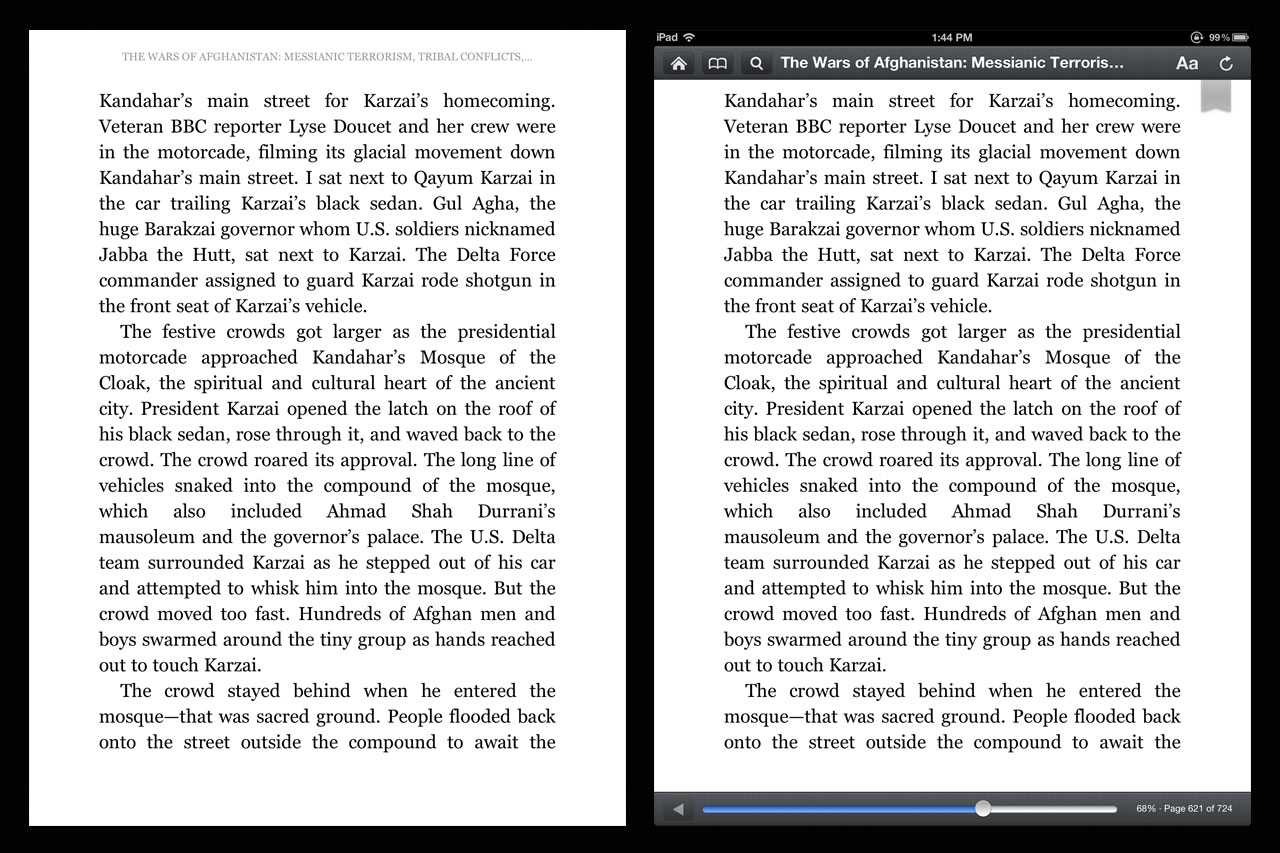 After howls of protest in the app store from users, Amazon walked back some of the changes it made to Kindle for iPad. Seen above are screenshots from an update Amazon released to the app store last week. The margins surrounding the text that had been eviscerated in the name of readability have been somewhat restored. However, the new, intrusive toolbar interface remains. The user reviews that the previous update had gotten are doubtless behind the changes, showing that companies do indeed respond to heavily negative feedback from customers.
In reading those customer reviews, there is nary a review that praised the narrow margins of last month’s update. So Amazon changed it. But there were also hardly any reviews that were critical of the toolbar, so Amazon left it as is. Make no mistake, the current toolbar is a downgrade compared to the previous iteration, but it was saved because the new margins were so atrocious that users completely missed the toolbar. Mediocrity is invisible when it stands next to hideousness. Next, Amazon is going to have to figure out how to keep the app from crashing.