My friend Quigga first introduced to to John Gruber’s site, Daring Fireball around 2005 or 2006. I’ll always associate a 5-point star with his site, as it’s his way of providing links to individual posts on his site (a quick search on archive.org reveals he started DF in 2002, but only began using the 5-point star for post links in 2006). He also uses the star at the beginning of a post title to indicate long form entries, entries warranting more attention than his quick, day-to-day reactions to tech news.
The star derives directly from his logo, a circumscribed star. When I’m scanning through my RSS feeds, the star placement in the favicon, post titles and entry links tells me immediately it’s Daring Fireball.
So why then, all of a sudden, is Ben Brooks using the 5-point star to denote links to posts on his site in his RSS feed? I’ve been following Mr. Brooks loosely for a year or so and I’ve never seen him use the star before. Mr. Brooks started using the star on 28 June 2012. Prior to that, he used an infinity sign (it should be noted he seems to just be using the star on his RSS feed, not his site).
Gruber by no means ‘owns’ the star, but it’s a core part of his brand, and the fact that Ben Brooks also writes about Apple-related news and is a somewhat prominent blogger makes this move feel very douchey.
Below are screen grabs from my iPad Reeder application.
Influencer: Daring Fireball (RSS feed), introduced 2006 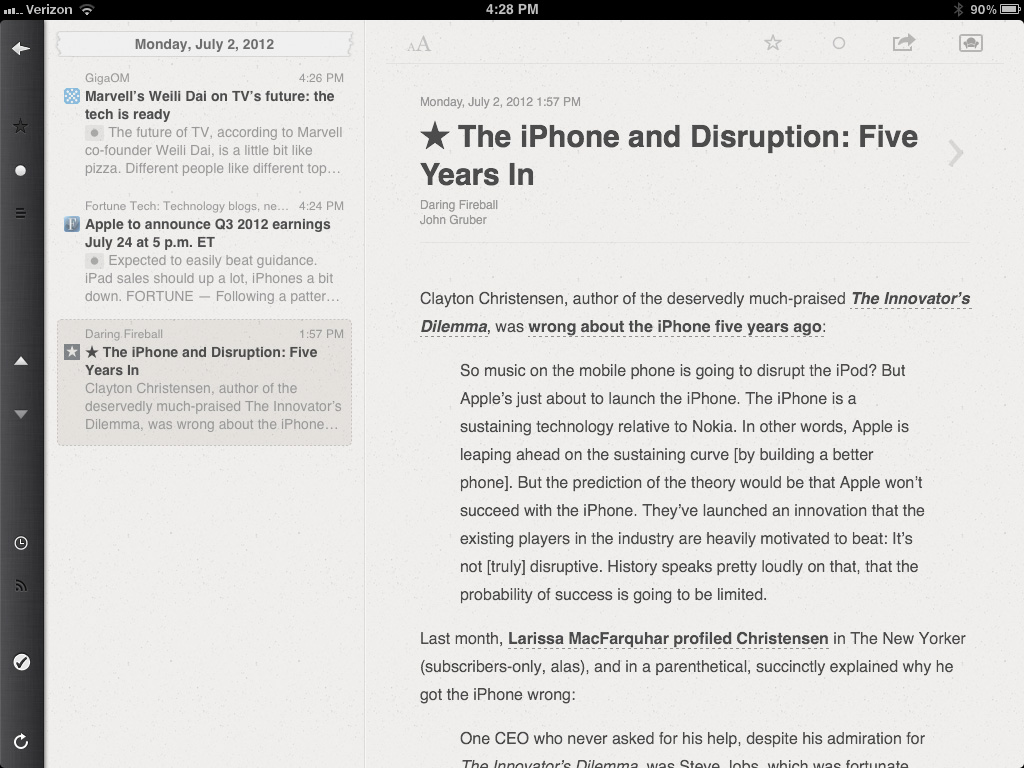 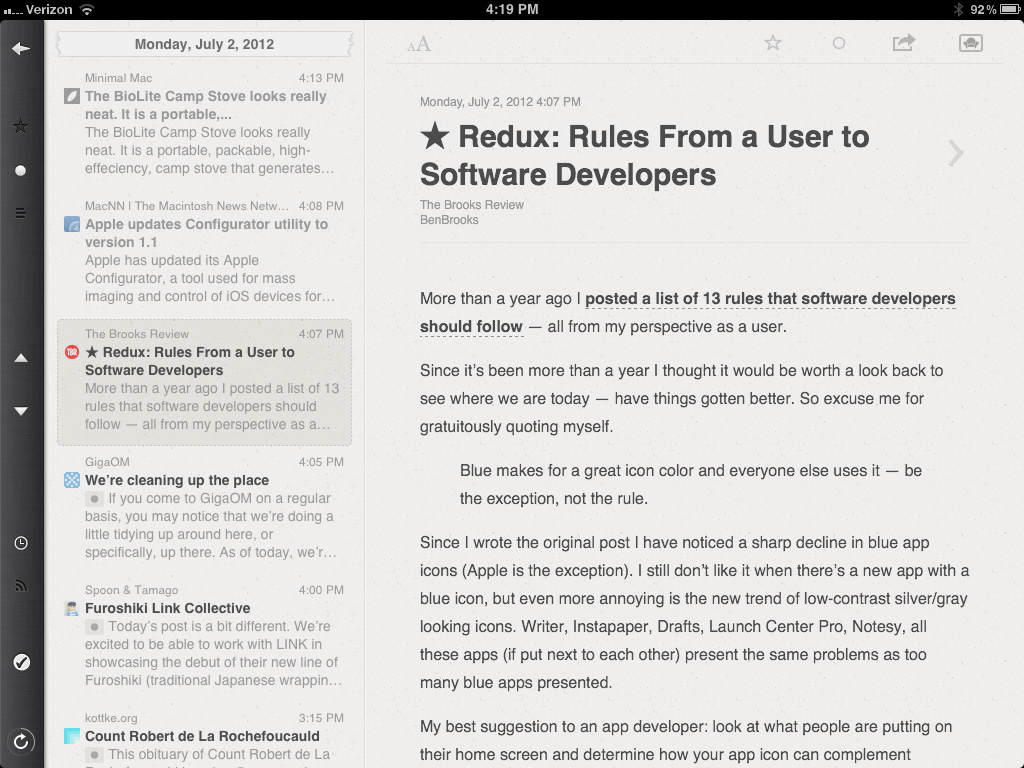