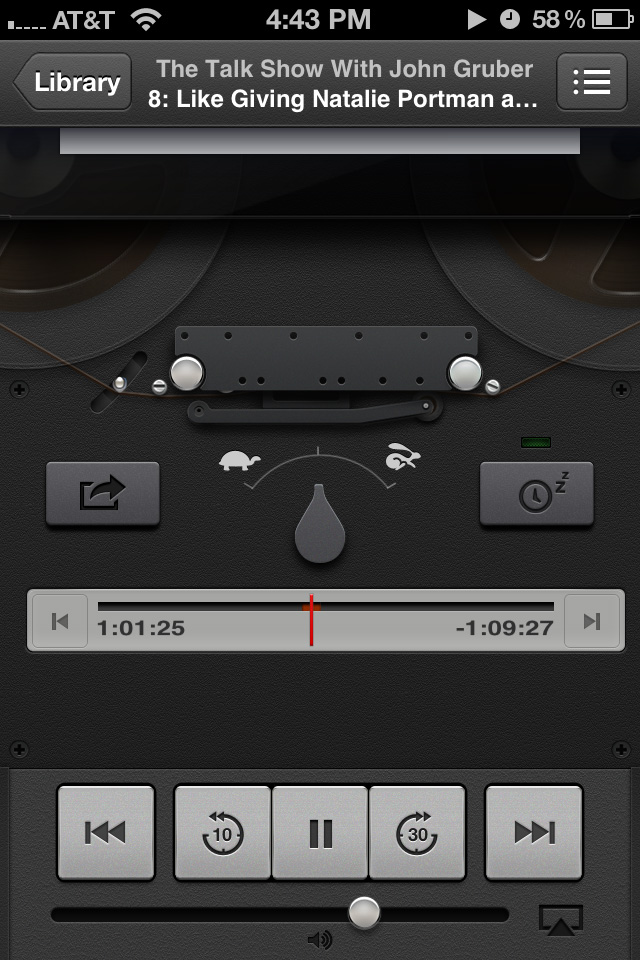 Some quick thoughts on the new Podcasts App for iPhone:

Update: While scrolling through Top Stations, the app froze, so I hit Home, but on every subsequent relaunch the app quit after a few seconds. The only way I could fix it was to delete the app and re-download it from the App Store. I like having a separate application for my podcasts. It’s particularly helpful when I’ve been listening to my music library on shuffle and then I decide to listen to a podcast.

Apple just really needs to resolve the performance issues in this app. I would like to think an application for audio download and playback doesn’t require a lot of processor power and/or system resources.