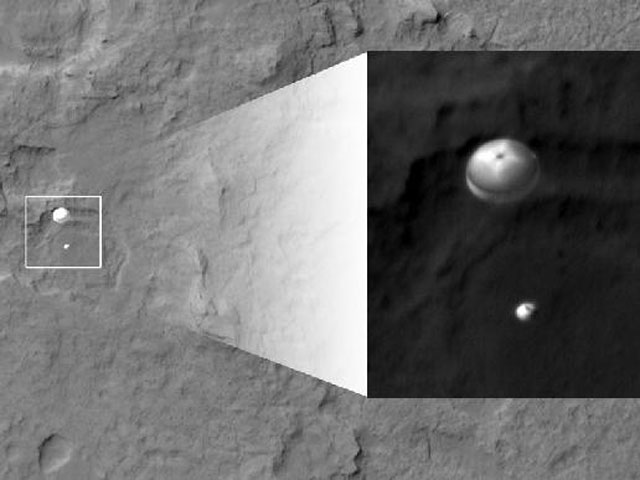 The Curiosity rover touched down on Mars this morning. Today NASA released this image captured by the Mars Reconnaissance Orbiter showing the spacecraft in descent over the surface of the red planet. That’s damned impressive. The Missile Test wing of Daily Exhaust laments the idea that robots will more than likely be humanity’s emissaries to the stars, but it’s hard to argue with results. Now let’s get some boots and flags up there.