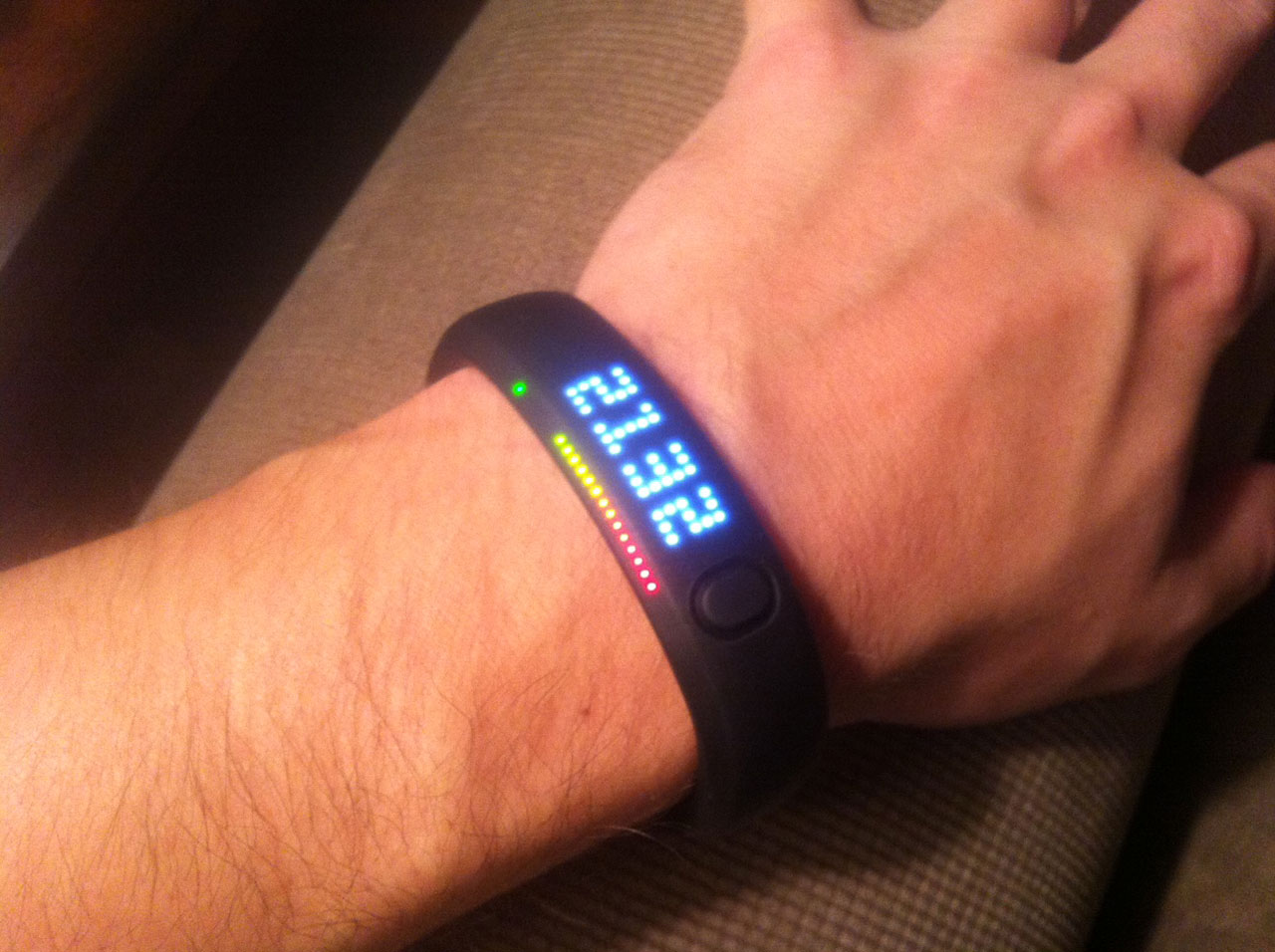 My wife got us both Nike FuelBands recently and I started using mine today. Mike Mulvey enters the age of the quantified self.

The first step is setting up your Nike+ account, letting the system know your age, height, weight and sex. You wear the FuelBand around your wrist and it tracks your movements throughout the day via accelerometer sensors not unlike like the ones detecting orientation in iPhones and iPads. Your body stats, combined with your movements, translate to a Nike ‘Fuel’ score along with calories burned and steps taken.

You can upload all this information it logs via the USB cable it comes with, or much more efficiently via Bluetooth to the Nike+ app for iPhone or Android. it’s pretty cool to see the iPhone app sync data from my FuelBand and represent it as a data visualization updated in real-time.

I dig both the deliberately low-fidelity LED display on the band as well as the high fidelity interface on the iPhone app and website. Data presentation and visualization is top-notch. 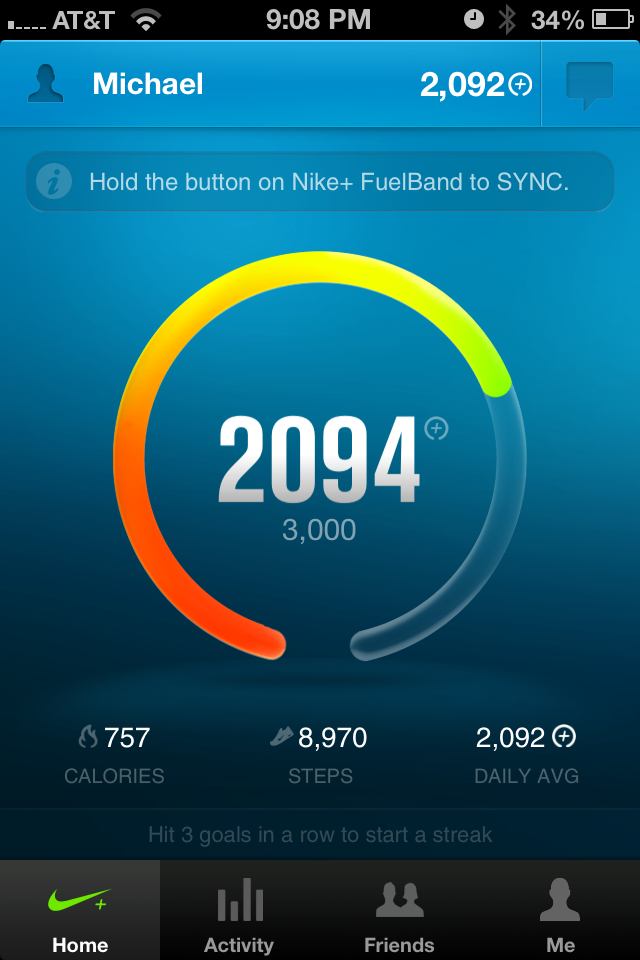 What’s not so sharp is the accuracy of the data captured by the FuelBand.

If you’re someone who’s primary exercise regime includes only walking or running, the Nike FuelBand will be a great exercise companion and tracker, but if your exercise regime includes anything difficult to track by movement alone—like lifing weights or cycling—then it’s not going to be of much help. An accelerometer can’t track how heavy the weights are you’re lifting nor can it track the movement of your legs from your wrist.

This seems to be why reviews on Amazon.com are divided almost in half between good and bad. There seem to be a lot of regular people using the FuelBand and loving it and a lot of hardcore fitness people finding all the data points their FuelBand is missing. For the latter group, the FuelBand is useless because it presents a very incomplete picture of their activities.

Given my exercise these days is limited to mostly walking and running, I’m looking forward to using the FuelBand and it’s limited sphere of influence. If nothing else, it makes me think about what would be possible if the FuelBand were able to track heart rate, altitude change and distance (via GPS).

*Coincidentally, as I began to write this entry tonight, I stopped to read my RSS Feeds and found a handful of posts from the Verge on new fitness monitors like the Fitbug Orb, BodyMedia Core 2 and Withings Smart Activity Tracker.

I should also note FitBit was doing activity tracking long before Nike with The One.