Tell Me A Story

ELIZA is a computer program and an early example of primitive natural language processing. ELIZA operated by processing users’ responses to scripts, the most famous of which was DOCTOR, a simulation of a Rogerian psychotherapist. Using almost no information about human thought or emotion, DOCTOR sometimes provided a startlingly human-like interaction. ELIZA was written at MIT by Joseph Weizenbaum between 1964 and 1966.

ELIZA was named after Eliza Doolittle, a working-class character in George Bernard Shaw’s play Pygmalion, who is taught to speak with an upper-class accent
There’s a bunch of cool little details they programmed into Siri. 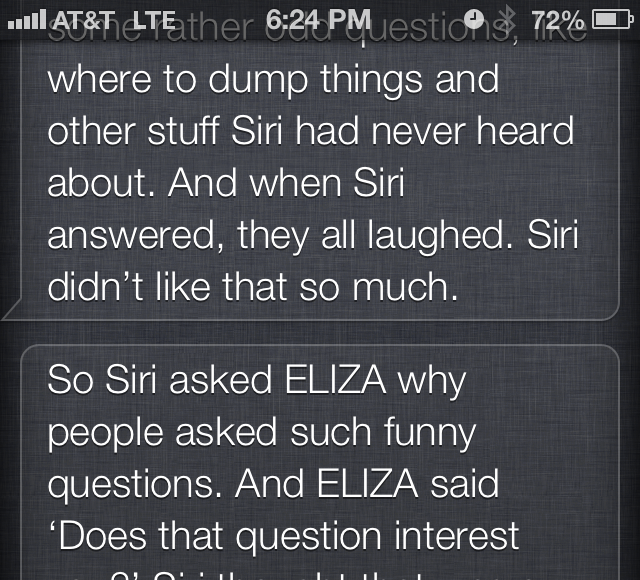