Last week everyone was talking about Mary Meeker’s Internet Trends Report which she presented at the D11 Conference on Monday.
A lot of the content in the report is information we nerds and geeks already know about the Internet and computers and mobile devices, but there’s also a lot of eye-opening information.
The slide that stood out the most to me was this one: 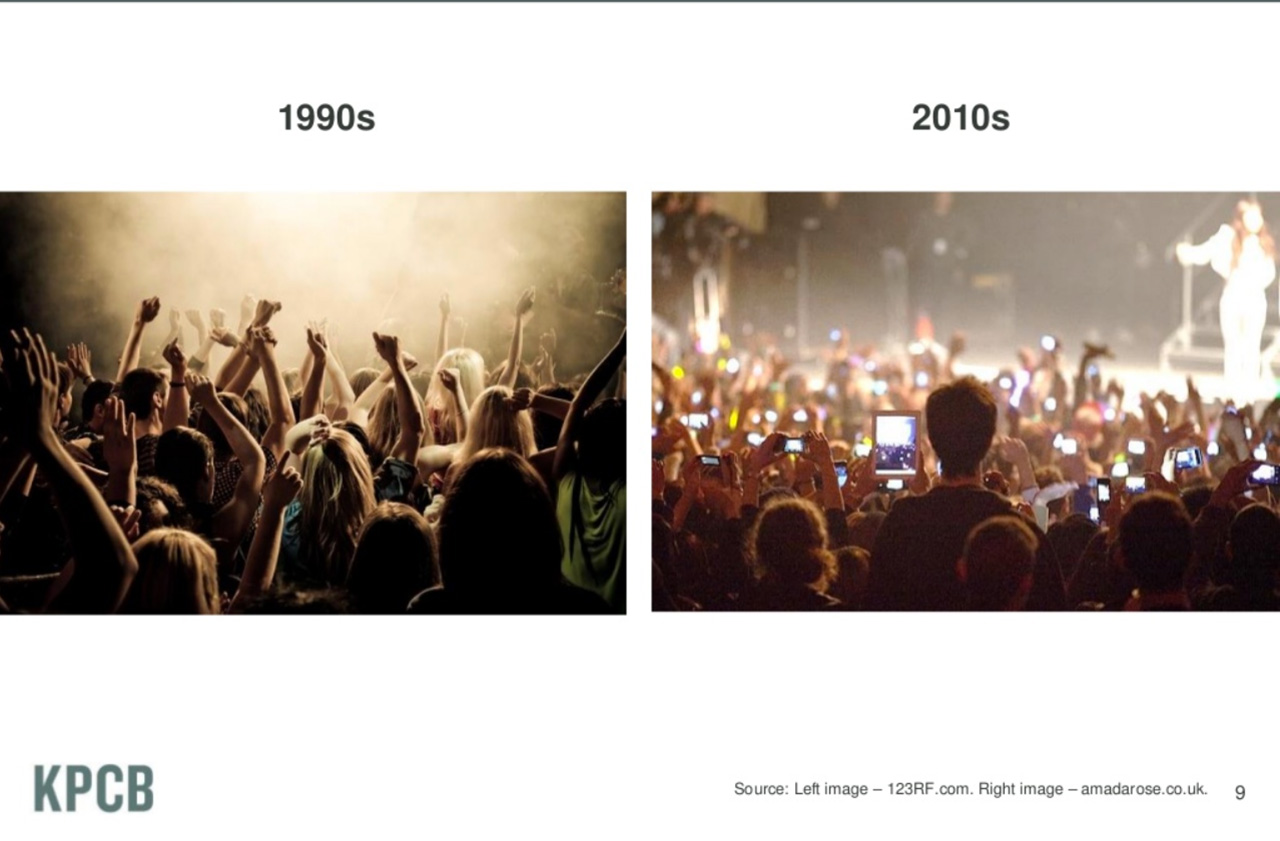 I’m 36-years-old so I remember the left side image. I’ve experienced the right-hand side too.
This isn’t a post to talk about how the future is doomed for the kids today. Every generation says that. The kids are going to be fine. Millenials are going to be fine. Hipsters are going to be fine. Everyone is going to figure shit out.
… but it is worth noting the differences between both scenes above.
In the 1990’s photo, the audience has a one-to-one connection with the musicians on stage. It’s direct, focused and visceral. It’s how I experienced every concert in high school and college.
In the 2010’s photo, the connection is no longer one-to-one between the audience and the performers. A middleman has been inserted between the two sides. What this means is the priority is to capture a great version of what’s happening, not to experience the performance. I know this because I’m guilty of pulling out my iPhone and recording bits at concerts in recent years. It’s a tempting and easy thing to do, but I’ve quickly found myself feeling like a cameraman doing a job and not a guy at a concert enjoying a great band with my friends, beer in hand.
Keep this in mind next time you’re at a event. I’m not saying ban yourself from recording anything (if it’s allowed), but limit it. Make sure you’re you’re taking in the experience with all your senses.
I don’t know about you, but I would much rather remember going to a great concert, than remember recording a great concert, ignoring the band and my friends (and my beer) in the process.