Move aside and let the man go through…

A pretty awesome thing happened two weekends ago.
Some of my closest friends from grade school and high school pooled together to have Mike Doughty perform a private show for us at my friend’s parents’ house in Scituate, Massachusetts. 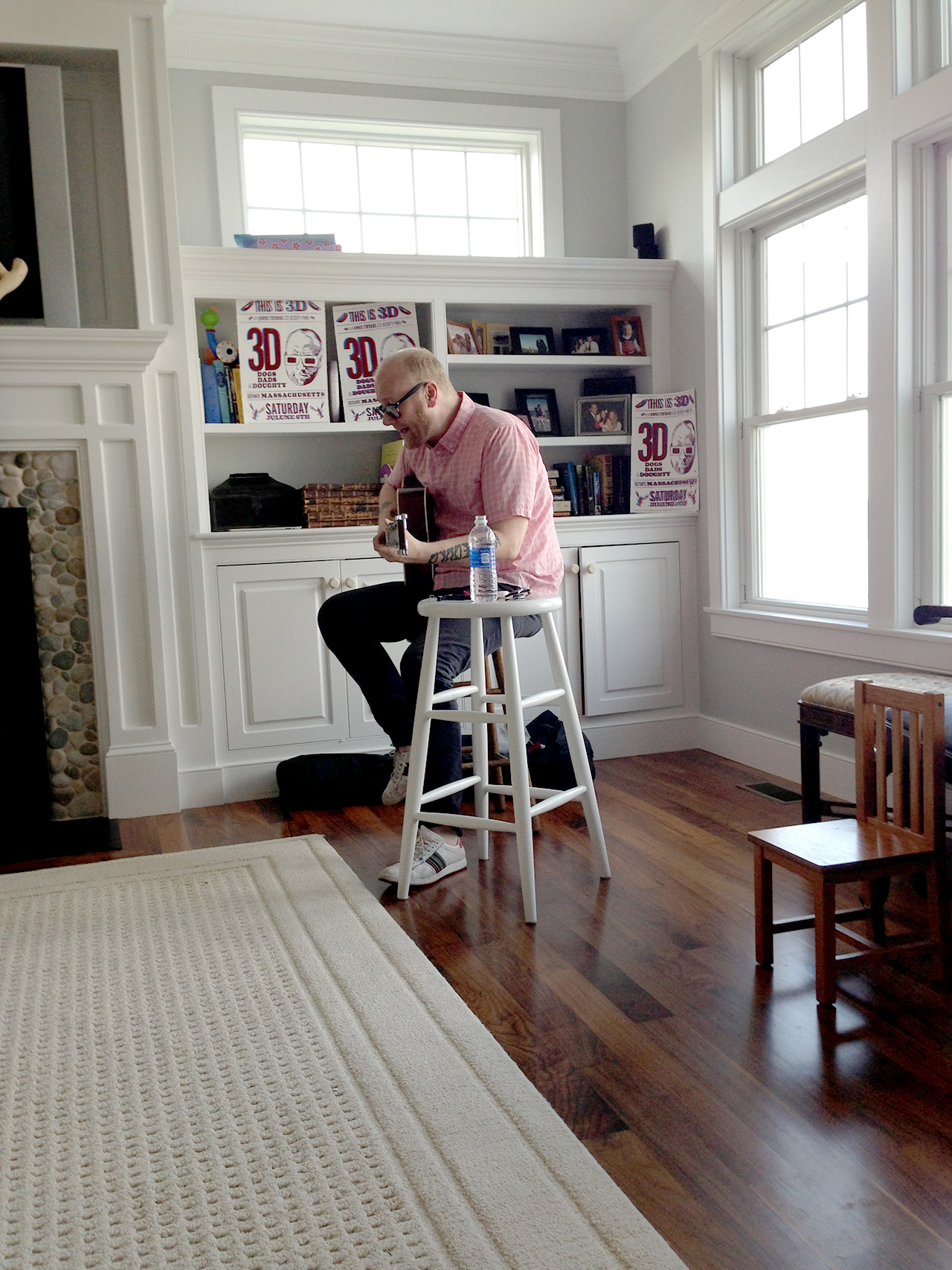 For those of you who don’t know who Mike Doughty is, he’s a singer/songwriter and former frontman for the band Soul Coughing—a band my friends and I loved back in high school and college. Their big hit in the 90’s was Super Bon Bon but after the band broke up, Mike went on to do some great solo work. I Hear The Bells is one of my favorites.

We got him to perform through his PledgeMusic project, Soul Coughing Songs: Reimagined (PledgeMusic is like a Kickstarter for strictly music-related projects).
Since my friends took the initiative to get Mike to play for us, I felt compelled to create some solid (and very limited) concert schwag in the form of t-shirts for all my friends and their wives/girlfriends as well as concert posters. I screen printed them myself: 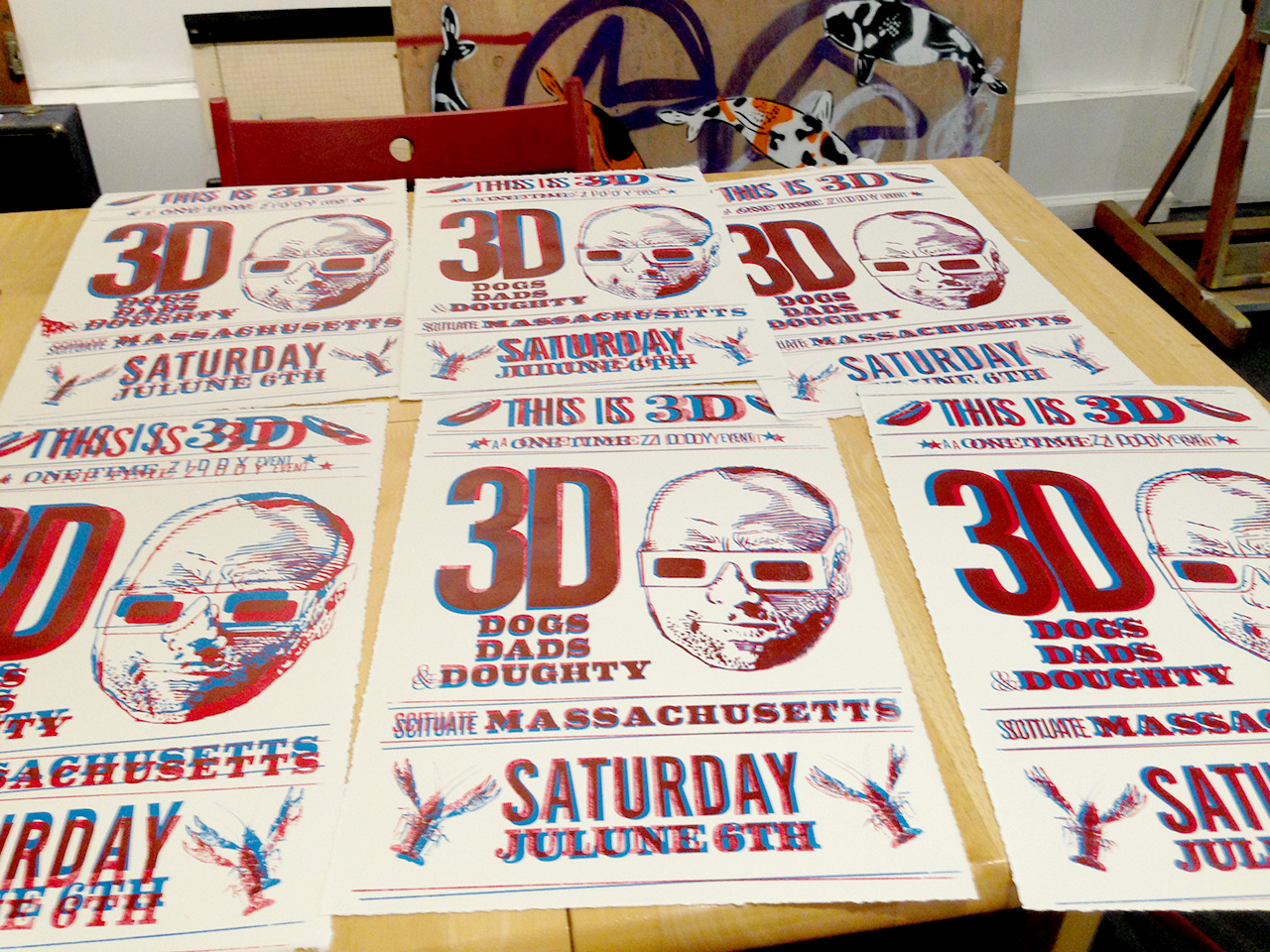 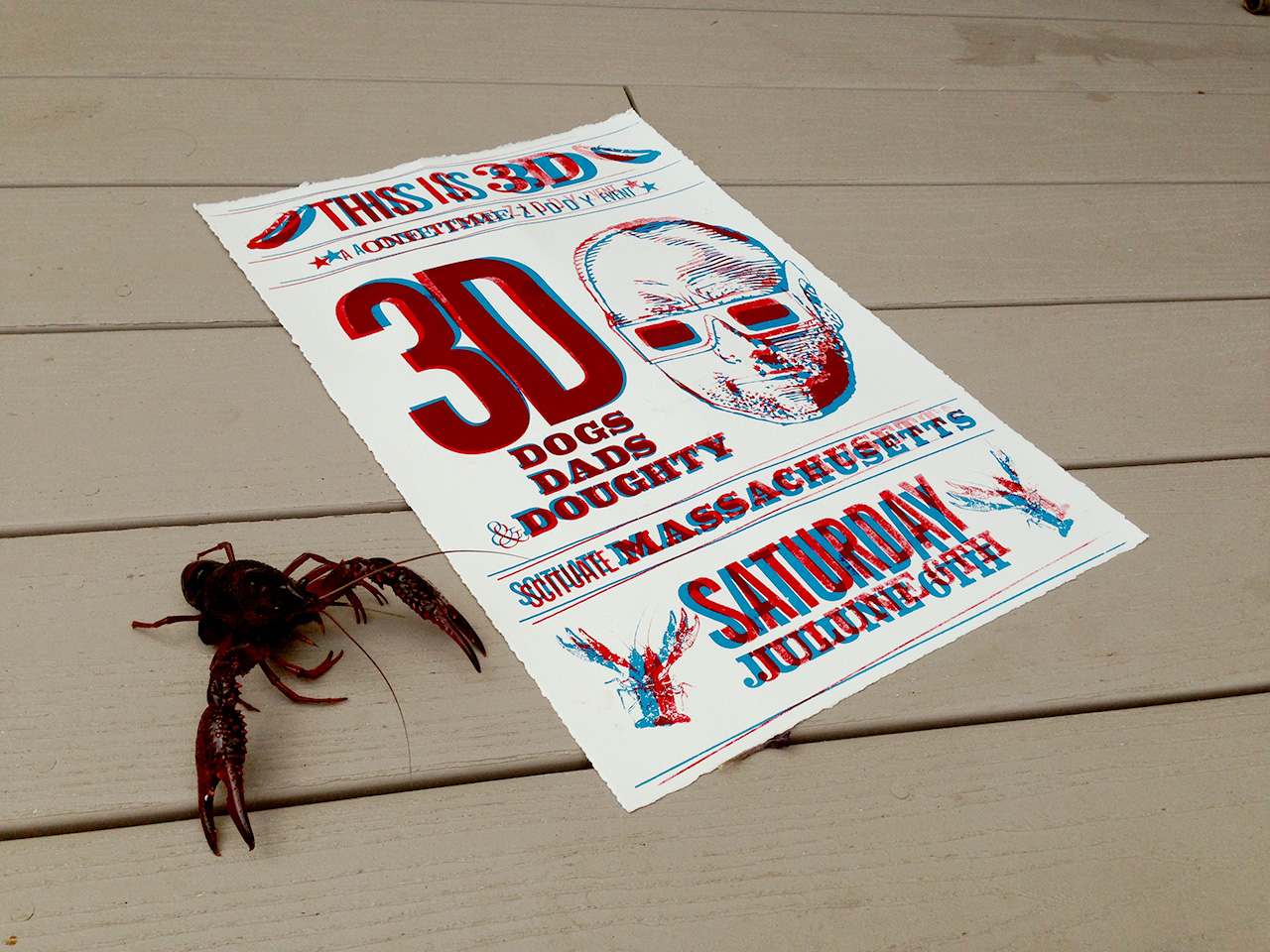 The t-shirts and the posters both feature the same design, but I gave the posters and extra twist: I made them a 2-color, red/blue design, imitating the old form that 3-D graphics used to take back in the day.
We called the event “3D” because every year, my friends have a 4th of July barbecue and we call it Dogs & ‘Dads. It’s a double entrendre. “Dogs” refers to both each of the dogs my friends own and the hot dogs we cook. “Dads” refers to the fact that most my friends are now fathers as well as the crawdads we ship up from New Orleans to boil and eat.
This year we had a third “D”, Doughty.
3D.
Oh, and Mike sounded awesome.