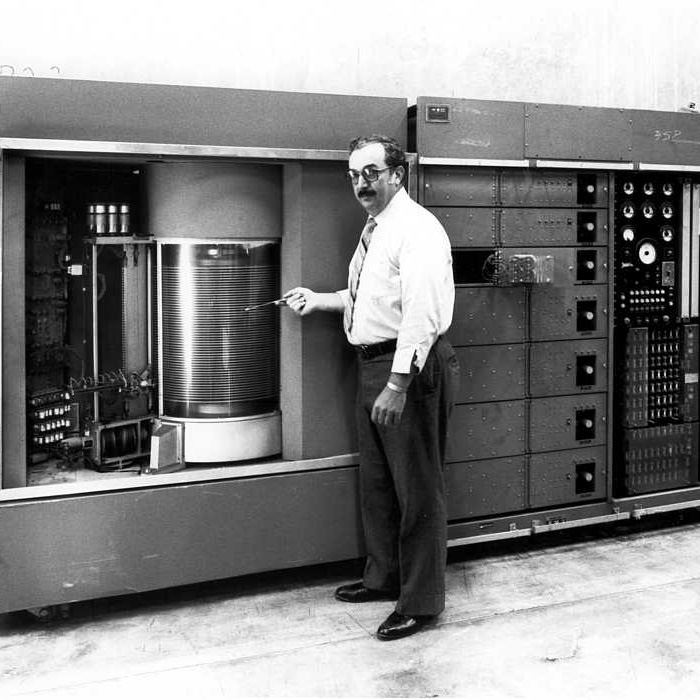 I’ve been creating an icon system this week for my company. One of the icons we need is for a database.

Doing a quick search on The Noun Project (or Google Images) reveals what you’ll get: a stack of cylinders.

If you’re old enough to remember the spinning disk drives that came before solid state hard drives, you’ll have a clue to the origin of the cylindric stack.

Go back a little farther to 1956 and you’ll hit the source.

I continue to wonder about the future of icons. How long do we represent current technologies with iconic representations of things which no longer exist or that we rarely use?