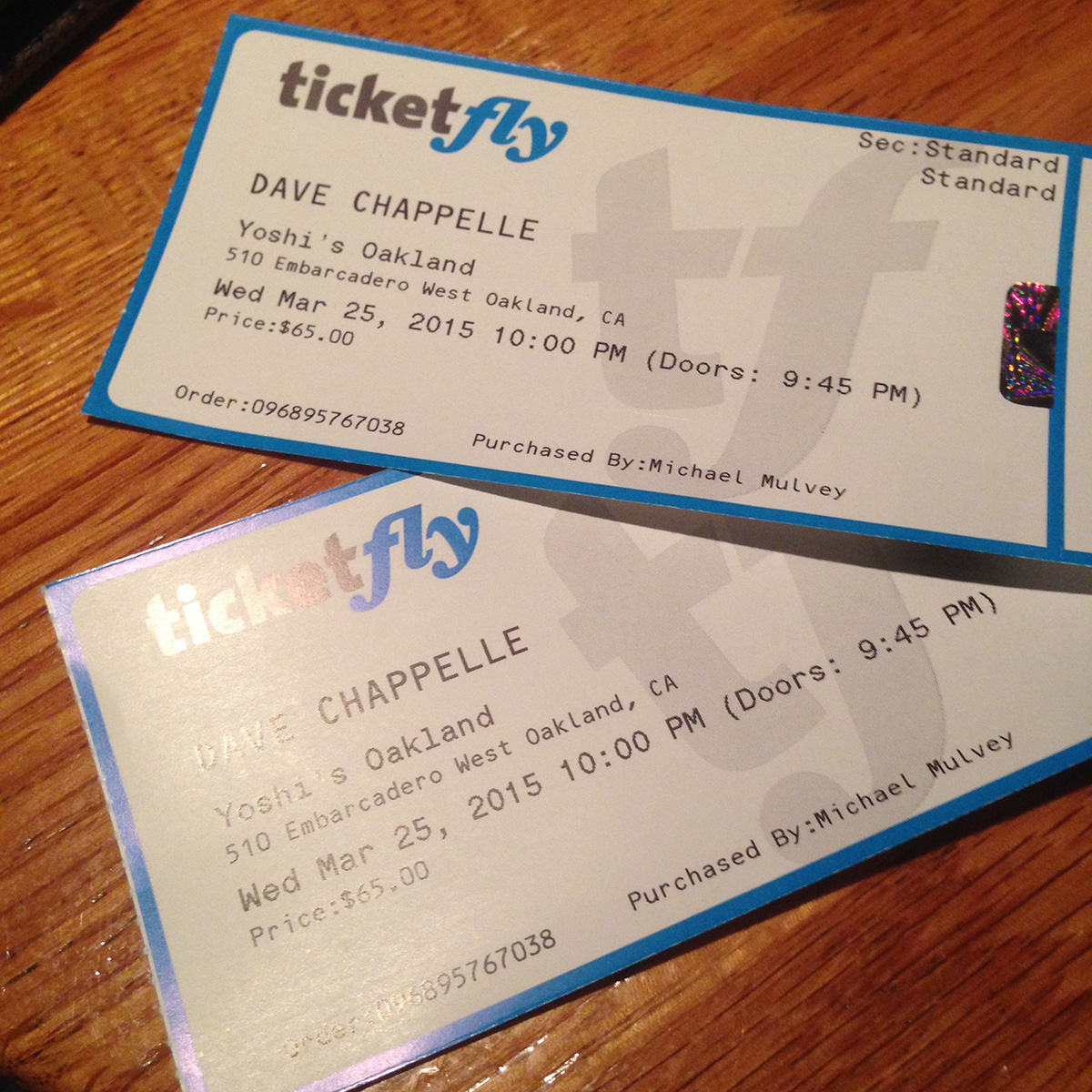 This past Wednesday night my wife and I went to see Dave Chappelle do standup at Yoshi’s in Oakland.

Tickets only became available two weeks ago, and as soon as I bought my two, I realized I should have bought more, but in the 5 minutes that had elapsed they had sold out.

It wasn’t Chappelle’s best performance, but it was still awesome and I still laughed a lot. This is the best part about true “professionals” in any trade: seeing a pro on a bad day is still 10 times better than seeing someone with mediocre talent on a great day.

No, Chappelle wasn’t slaying us with razor sharp jokes (no doubt some of them were sharp). This was a Chappelle figuring out a new act, testing out new jokes, swimming into uncharted territory where he might or might not be greeted with a hearty laugh. I was witnessing the comedic process. Yes, comedy has a process exactly like the processes found in music, writing, sports and graphic design.

At one point he straight up admitted some of his jokes were half-baked (no pun intended). One of his bits talked about how the next group of people he felt bad about besides black people was fat, black people. He gave examples like Michael Brown and Eric Garner. Yeah, Chappelle has some fucked up thoughts in his head and he’s not afraid of talking about sensitive issues. At the end of his act he revisited the fat black people bit and said (I’m paraphrasing), “Look, I know this fat, black people thing isn’t working great right now, but in a few months it’s going to be fucking comedy gold! Trust me!”

Seeing Chappelle having the courage to test out jokes he’s never done (or only done a few times) is a great lesson to to everyone who makes things. You need to create that first draft of your book, or first take of your song, or first design comp for your website before you can improve on it, refine it, hone it.

You have to embrace the process.

Perfect art doesn’t pop out of your head fully-formed.