I visited my family this weekend and my parents and I got on to the topic of family history and artifacts. Then my father broke out the Envelope.
The envelope contains documents, certificates and other printed matter from his family. I’ve seen it before, but we decided to look at the contents again (with my prodding).
I explained to my father that these papers are important for reasons other than his designer son loves retro graphics and typography. It would be great to get these things framed and protected so we share them and have them last. To my father’s credit, aside from the old envelope they were kept in, he’s done a great of keeping everything safe, dry and away from sunlight.
Below is one of the more interesting documents that belonged to my great, great Uncle Michael, whom my father (Michael Mulvey) was named after.
It’s a Declaration of Intention, in which my great, great uncle renounces his allegiance to the King of Great Britain after leaving Ireland for the United States of America (click on the first image to see a bigger version): 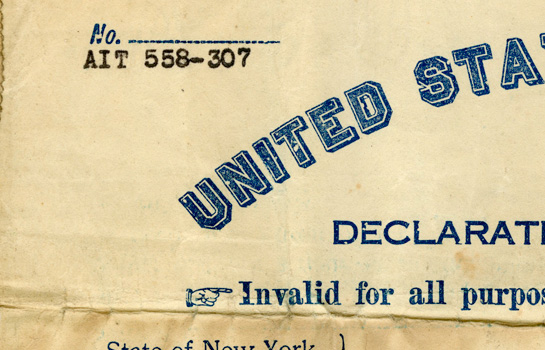 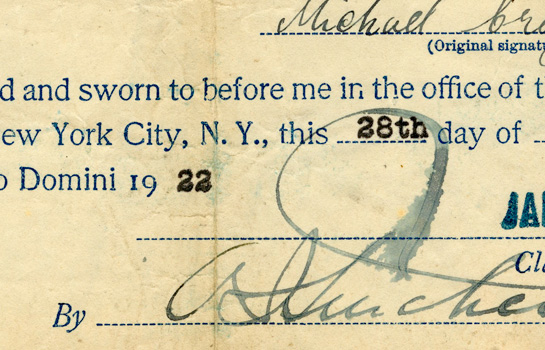 Particular details I love:
– His color is white, but his complexion is dark
– He renounces his allegiance to any foreign leader particularly George V, King of Great Britain and Ireland (remember, Ireland used to be controlled by England)
– He is not an anarchist or a polygamist