TechCrunch: Android In-App Payments Coming Soon — Were Delayed Because Developers Were Busy
I don’t buy that excuse.
This comment by “MegaBert” sums it up nicely:

Google has conditioned its entire end user base that anything on the internet is free: email, Office-like applications, maps, operating systems, storage for video and photo– basically anything with a Google logo. Aside from any technical problems, this makes it difficult to sell apps or content on Android.

The infinite monkey theorem states that a monkey hitting keys at random on a typewriter keyboard for an infinite amount of time will almost surely type a given text, such as the complete works of William Shakespeare.

Acer is hoping to preserve its netbook sales by counting on other companies failing first, the company’s Taiwan president Scott Lin said on Monday. As competitors drop out this year, its netbook shipments might actually go up and fill the vacuum. Lin argued to Digitimes that the netbook market was stable at over 30 million this year and that any losses among others weren’t part of a downward trend.

Hope – The Business Plan of the Future.
That should work out well for them.

My brother was awesome and brought me back some Nicaraguan currency from his surfing expedition: 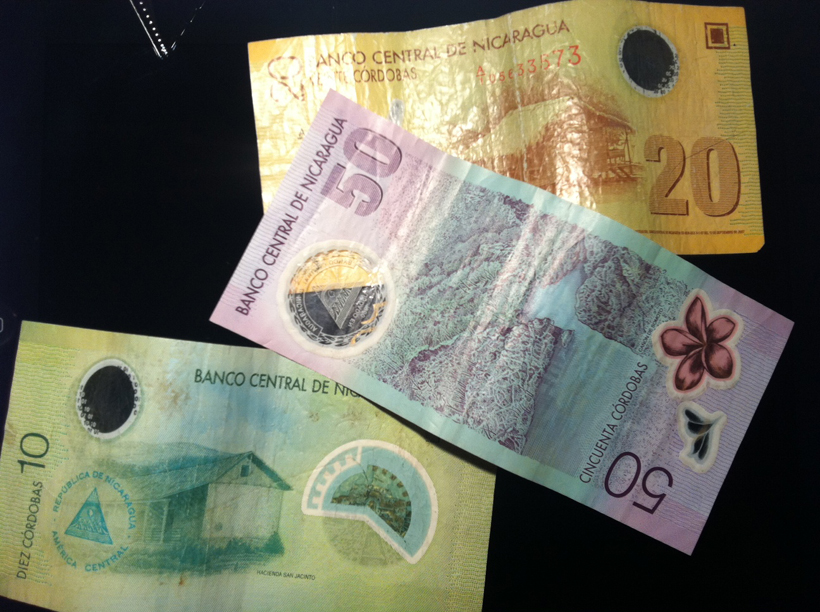 I love the colors and transparent watermark. Thanks bro!

If you turned 1960’s Raquel Welch into a car 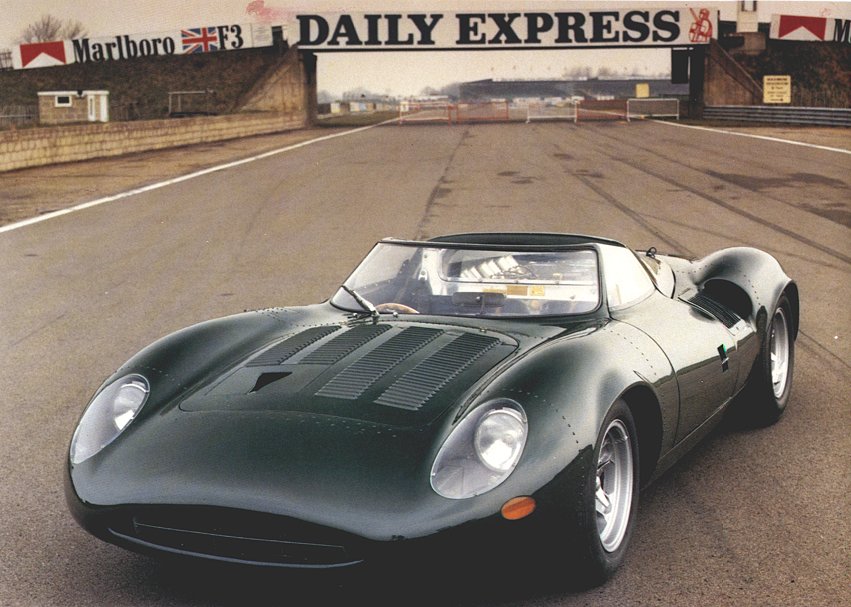 Of course, it didn’t stop there. Apple delivered iPhone 1.1.2 in November 2007, and iPhone 1.1.3 in January 2008. The sheer pace of improvement and innovation there is stunning in retrospect. And it makes what Microsoft has done in a similar time frame–i.e. absolutely nothing–look even sillier by comparison.

To summarize, the Microsoft of 2011 doesn’t compete effectively with the Apple of 2007. How, exactly, are they going to compete with today’s Apple?

As you can see from Thurrott’s post, Incremental updates might not look like much in the short term, but it’s progress. When you look back at a year of them, they add up to a lot.
I did some quick digging and it looks as though Microsoft is copying the Apple way of updating devices through their Zune software. This means if they had updates ready, it’s a no-brainer for people to install them. It’s also an advantage they have over Android, where the talk lately has been about how carriers hold the keys to Android updates and many many devices are still running old software. 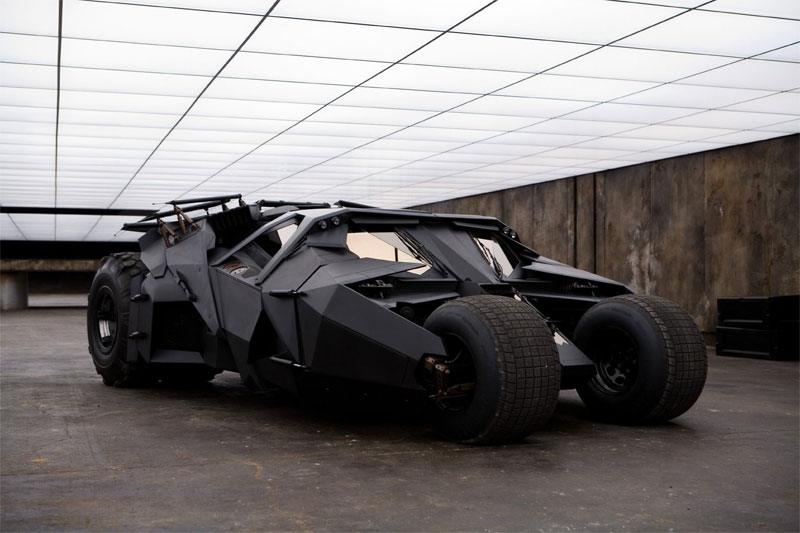 I didn’t realize how real the Tumbler was:

How Stuff Works tells us the film’s makers “manufactured four complete, street-ready race cars,” which use an actual 5.7-liter Chevy V-8 engine. “This engine has been tuned so that it can provide the power necessary to take a 5,000-pound vehicle from zero to 60 mph in 5 seconds.” Those enormous tires are real. “The rear tires are 37-inch-diameter, off-the-shelf, 4×4 mud tires called Super Swampers made by Interco,” while the front features a set of Hoosier racing tires. The rear uses a standard truck axle, but the front wheels are not mounted on an axle at all. Each is instead mounted on “independent suspension elements inspired by the long-travel suspensions of Baja racing trucks. When airborne, the front wheels pop out about 30 inches on their suspensions to absorb the shock of a 30-foot fall.”

Stinky: We got a new bar, little fireplace, menu, apps.

Stinky: Yeah. Appetizers. We got apps.

Tommy: He’s the proprietor. He’s got the lingo down.

Language is powerful. People who know this choose their words carefully. People who are smart not only choose their words carefully, but change the conversation.
This is what Steve Jobs did a few months ago when he introduced the new MacBook Air laptops. Prior to October 2010, the term used to describe the hard drive inside a MacBook Air was SSD or ‘Solid State Drive’. What makes SSD’s so great is they have no moving parts, so there’s not hard disc to get scratched and corrupted and they’re also extremely fast, reducing boot-up time to mere seconds.
But Jobs didn’t call them Solid State Drives up on stage in October. He called it Flash Storage. I was aware of the change in wording but I didn’t think much of it. My friend Jory did. Apple even went so far as to make flash storage a part of their official product descriptions.
What’s going on is according to Steve Jobs, we’re leaving the PC era with our tablets and smartphones. I think you’d be stupid not see it’s already happening. We’re also leaving behind technologies like Flash, which was developed for the PC and not until a few months ago has been optimized by Adobe for mobile computing platforms. So in order to expedite this process, Jobs has decided to borrow the word ‘flash’ and change the conversation.

Another term Jobs did the switcharoo on was ‘PC’. This is from their press release announcing the new App Store for desktop Macs:

“The App Store revolutionized mobile apps,” said Steve Jobs, Apple’s CEO. “We hope to do the same for PC apps with the Mac App Store by making finding and buying PC apps easy and fun. We can’t wait to get started on January 6.”

Remember, PC just means ‘personal computer’. It became synonymous with Windows because Microsoft beat Apple back in the 80’s and 90’s for the lion’s share of the personal computer market. Now that Apple is seeing a meteoric rise in not only iPhones and iPads but also in their desktop sales, Jobs sees he chance to reclaim the PC for Apple.

The latest fight is over ‘apps’. Microsoft is suing Apple over the ‘app store’ trademark. Apps is short for applications and Apple put a stake in the ground when they debuted the App Store for iPhone in 2008. Since then every smartphone competitor to the iPhone has created their own software outlets. Apple most certainly popularized the term ‘app’, but I don’t agree that a generic term like ‘app store’ should/can be trademarked.
So always read things carefully and be aware of how someone is describing a situation and what the reality of the situation actually is. They’re not always the same thing.

Electronista: ASUS tablets already delayed, may not get Android 3.0

ASUS’ Eee Pads and Eee Slates using Android have not only been delayed but might ship without Android 3.0, company marketing specialist John Swatton said Wednesday. The announcements, which mentioned a spring shipping window and the new OS across the board, were a “mistake,” he told the Inquirer. They would instead ship in summer and would be limited to Android 2.3, Google’s most recent phone OS.

It seems to me some OEMs right now are in a mad dash to get their tablets to market. If this is true, then it’s understandable because the longer they delay, the bigger a lead Apple gets with the iPad.
The problem with rushing is you make mistakes. I know I do. This is the inherent problem with reactive business. You not only run the risk of making more mistakes in your haste but also copying the competition (either mistakenly or deliberately) – ‘I like how Apple does panes in their Mail app, let’s just do that, we don’t have any time left…’.
We already know Android 3.0 was specifically designed for tablets, so ASUS is not only shipping last year’s car, but it’s got motorcycle tires on it.

gadgets and their worth

A great visualization from the Washington Post on the price and popularity of gadgets over the course of their lives.
Keep in mind, even though it’s a race to the bottom with Android phones, it’s just the price of the phone for the buyer, and doesn’t factor in the cost of cellular data plans.
via FlowingData

Great piece by Randy Murray on taking your blog seriously:

But it only does these things because I take it seriously. This blog is a part of my job. I spend several hours every week writing and rewriting articles and I spend time every day responding to readers via email, in the comments on this blog, and on Twitter. This blog is not an afterthought. It is central to my business and my idea of myself as a writer.

If you blog for yourself or your business you should take your blog and your writing seriously. Blogging is not free. Even if you do it yourself, you must spend time, attention, and energy to do it well. And if you hire someone, like me, to help you with your blog, it will not be inexpensive (although it will be less time-consuming for you).

Hypocrisy never goes out of style, but, even so, 2010 was something special. For it was the year of budget doubletalk – the year of arsonists posing as firemen, of people railing against deficits while doing everything they could to make those deficits bigger.

And I don’t just mean politicians. Did you notice the U-turn many political commentators and other Serious People made when the Obama-McConnell tax-cut deal was announced? One day deficits were the great evil and we needed fiscal austerity now now now, never mind the state of the economy. The next day $800 billion in debt-financed tax cuts, with the prospect of more to come, was the greatest thing since sliced bread, a triumph of bipartisanship.

Still, it was the politicians – and, yes, that mainly meant Republicans – who took the lead on the hypocrisy front.

Allison Arieff at frog design interviewed Steven M. Johnson (not to be confused with the other smart Steven Berlin Johnson who wrote Where Good Ideas Come From). He talks about his crazy ideas, his time at Honda R&D and what innovation means to him:

Innovation seems to be a modern habit that cannot be halted; the entire world is on an innovation binge. It is almost a part of the modern belief system that innovation is a positive good. And in a world economic system where imitation, theft, and first-to-market are a reality, the drumbeat of innovation for purposes of beating the competition beats ever more loudly. Yet in some older traditions, for example within religious cultures, there was a negative stigma attached to innovation for innovation’s sake. We see that the watchword for companies now is to “innovate.” This refers not only to product design, but also to corporate management structure, supply-chain matters, and so forth. The banking industry has been innovative in creating new financial tools like hedge funds. 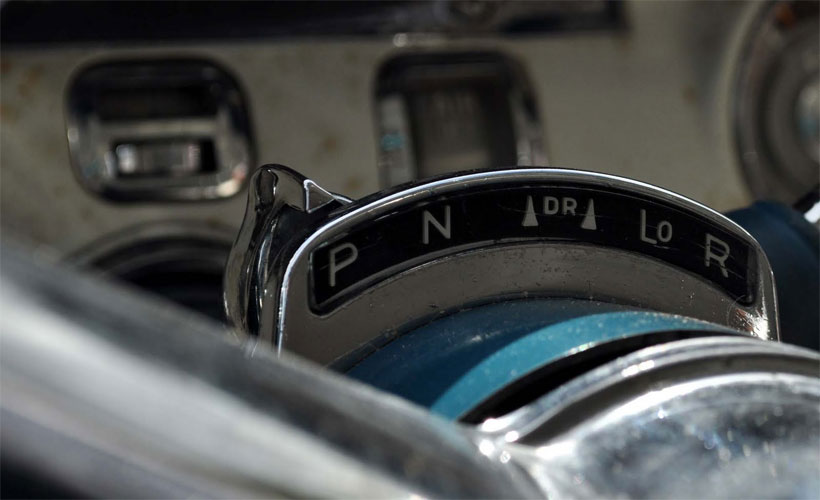 via Just A Car Guy