George Carlin has been one of my favorite comedians ever since I first saw his HBO special, Jammin’ In New York, in high school back in the 90s. He had this unique ability to take keen observations coupled with his strong command over the English language and communicate them to the audience in a way that was both highly intelligent and raw as fuck.
After watching this performance I quick searched for as many of his other performances as I could find, whether it was on video or audio-only. I even found one of his records in my parents’ vinyl collection (Toledo Window Box).
One Carlin’s the seminal monologues was “Seven Words You Can Never Say on Television” from 1972 (check it out on YouTube). On 30 October 1973, Pacifica station WBAI broadcast the routine uncensored which lead to the supreme court case, Federal Communications Commission v. Pacifica Foundation, which formally established indecency regulations in American broadcasting.
So last week I said to myself, fuck this shit. I love that cocksucker, George. It’s time someone designed some goddamn posters honoring him and his seven fucking words.
I’m screen printing them by hand and you can buy them here. 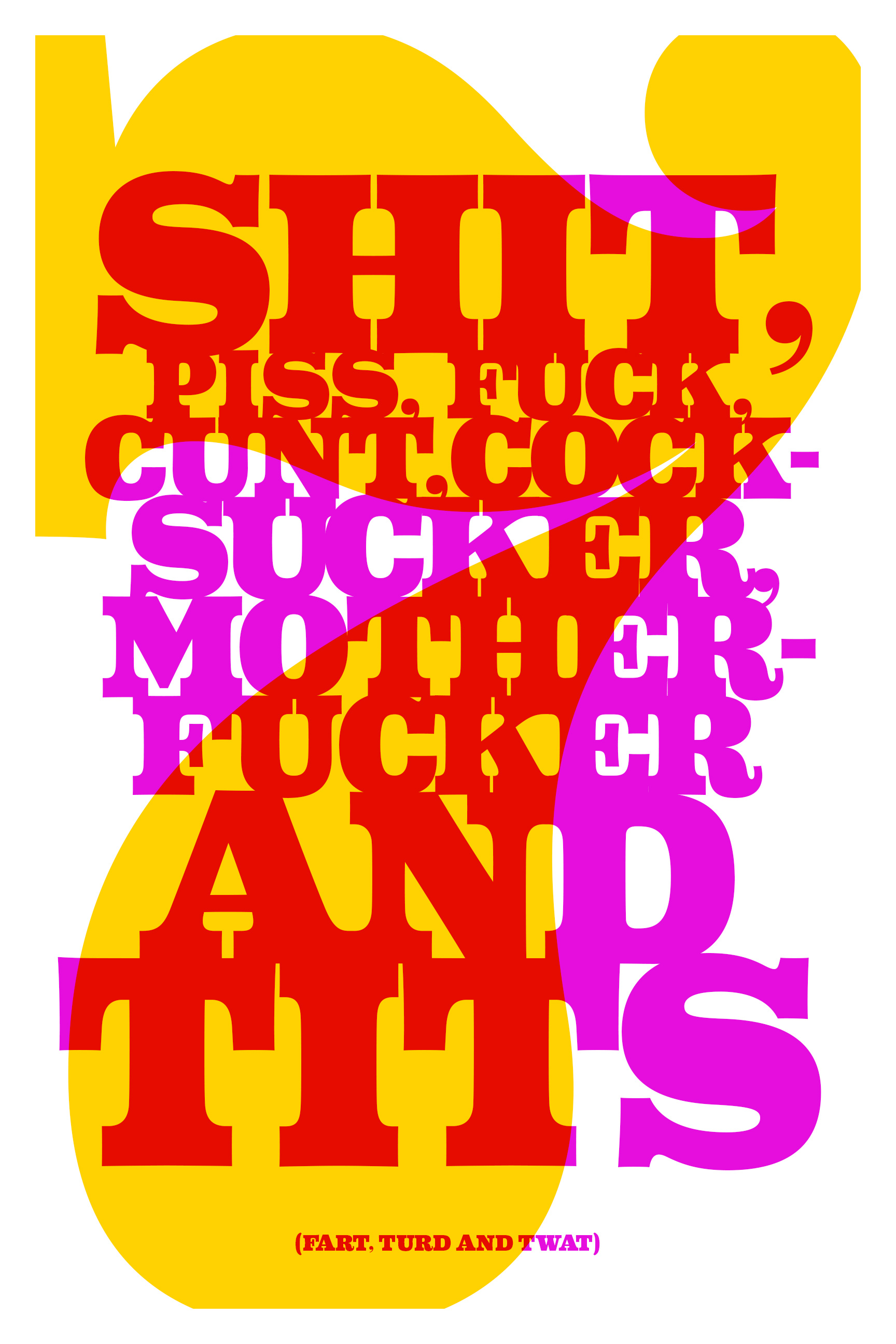 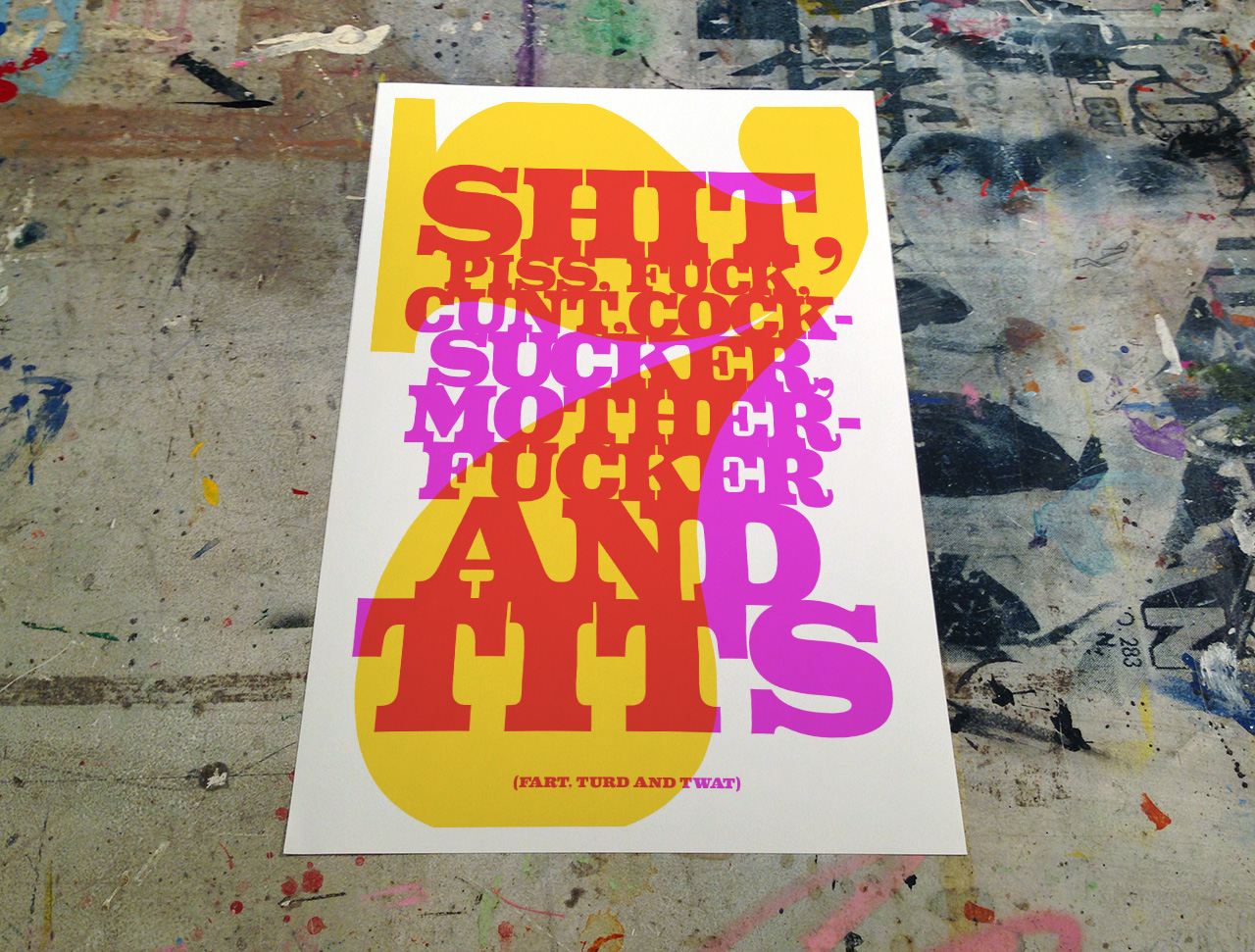 A version of this post originally appeared on The Combustion Chamber.