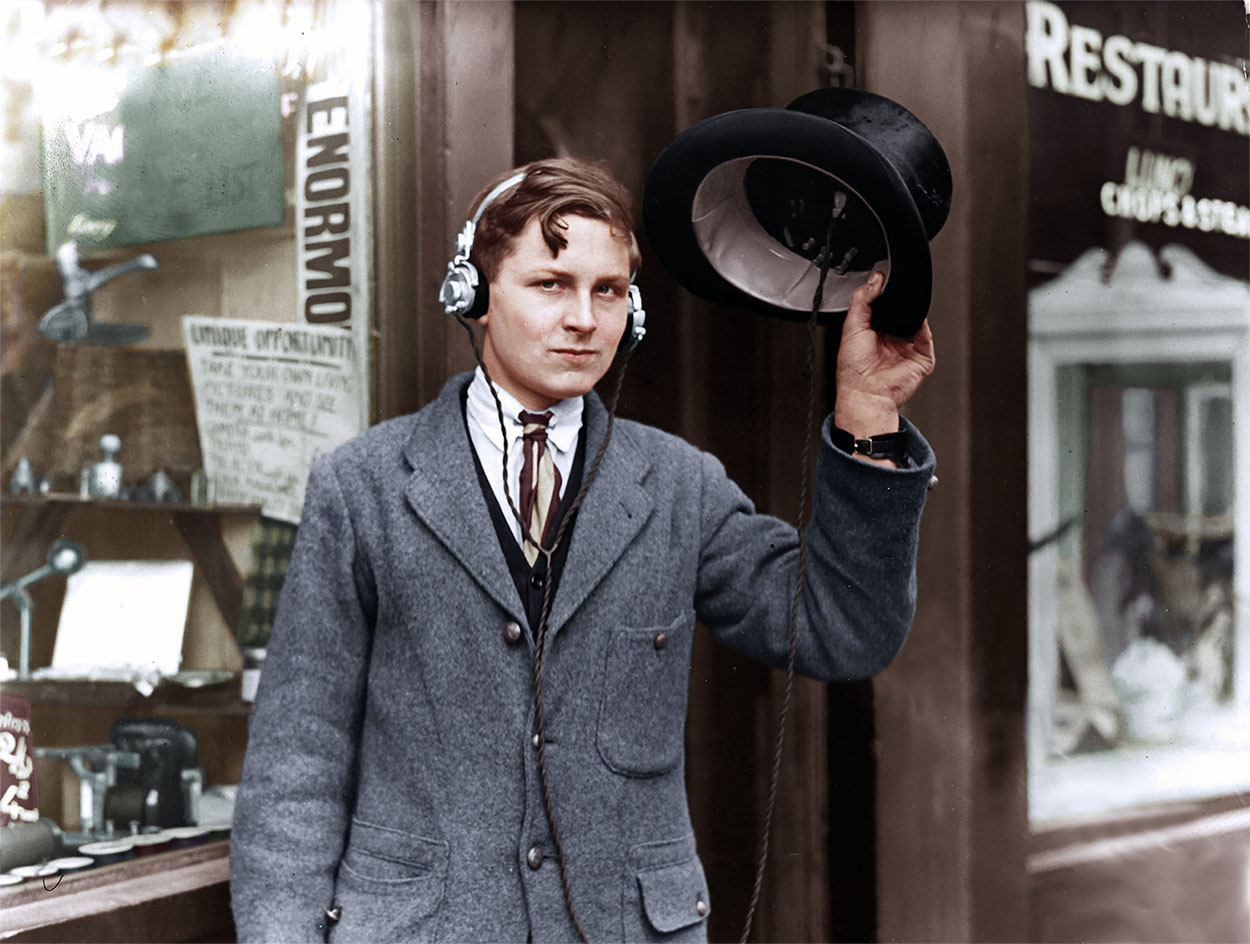 I want to follow up on the rumor that Apple is killing the headphone jack on the upcoming iPhone 7.

The image above is of a man wearing headphones with wires attached to his hat on May 6th 1922, in the United Kingdom (via Reddit). Now, it’s unclear from the photo if the headphones use either a 6.35 mm or 3.5 mm connector, but this is just to show you how long the headphone jack has been around for.

[sidenote: I bet that braided cord is strong as shit]

Techcrunch: Over 200,000 People Have Signed A Petition To Stop Apple From Killing The iPhone’s Headphone Jack

Good luck with that.

I’m not sure I see the problem.

Citing a reliable source, a report from Japanese blog Macotakara claims that Apple plans to remove the 3.5mm headphone port from the upcoming iPhone 7, helping to achieve a “more than 1mm” reduction in thickness compared to the iPhone 6s. While the screen shape and radius will remain similar, the device will once again become Apple’s thinnest iPhone ever, albeit with a new restriction: headphones will only be able to connect over Lightning or Bluetooth…

I wouldn’t be surprised if Apple did this. They have a long history of being the first to kill off things like the 3.5-inch floppy drive, the CD-ROM drive, and the original 30-pin USB cord for the iPod/iPhone (to name a few).

If Apple does decide to kill the headphone port, this will result in the collective tech press announcing Apple has gone too far and that this was a horribly dumb move that with come back to bite them in the ass. There will be a huge uproar, as if Apple decided to hire ISIS to run their human resources department.

Then, in the 3-9 months after Apple has introduced their new method for plugging in headphones, the other smartphone makers will get this path that Apple has taken the time and balls to wear down first.

And everyone will be ok.