The mass killing in Orlando this weekend fits a grim pattern: Every lethal terrorist attack in the United States in the past decade and a half has been carried out by American citizens or legal permanent residents, operating either as lone wolves or in pairs, who have no formal connections or training from terrorist organizations such as al Qaeda or ISIS.

Because 9/11 was carried out by 19 Arab foreign-born terrorists, many Americans may think that terrorist attacks in the United States are carried out by foreigners, rather than by U.S. citizens.

But Omar Mateen, who on Sunday carried out the deadliest terrorist attack in the United States since 9/11, is an American citizen who was born in New York to parents who immigrated to the United States from Afghanistan.

This is How the Pros Do It

Remember that whole thing back in February where the FBI was demanding Apple unlock unlock the iPhone 5C of San Bernardino terrorism suspect Syed Rizwan Farook? And Apple told the FBI in so many words to go fuck itself? And then the FBI pussied out and said, “Oh, nevermind, we figured it out ourselves. Fuck YOU.”

Well, here is what the FBI did:

FBI Director James Comey said Wednesday that the government had purchased “a tool” from a private party in order to unlock the iPhone used by one of the San Bernardino shooters.

“Litigation between the government and Apple over the San Bernardino phone has ended, because the government has purchased, from a private party, a way to get into that phone, 5C, running iOS 9,” Comey said.

Hold up. Does this special, magic software work on any iPhone?

The FBI director also said the purchased tool worked only on a “narrow slice of phones” that does not include the newest Apple models, or the 5S.

I’m just picturing the knuckleheads at the FBI googling “iphone jailbreak software 5c”, clicking on the first search result, and buying a software package for $29.95.

Is this how it went down in reality? Unlikely, but it’s fun to imagine.

This is the privilege of whiteness: While a terrorist may be white, his violence is never based in his whiteness. A white terrorist has unique, complicated motives that we will never comprehend. He can be a disturbed loner or a monster. He is either mentally ill or pure evil. The white terrorist exists solely as a dyad of extremes: Either he is humanized to the point of sympathy or he is so monstrous that he almost becomes mythological. Either way, he is never indicative of anything larger about whiteness, nor is he ever a garden-variety racist. He represents nothing but himself. A white terrorist is anything that frames him as an anomaly and separates him from the long, storied history of white terrorism.

I’m always struck by this hesitance not only to name white terrorism but to name whiteness itself during acts of racial violence. In a recent New York Times article on the history of lynching, the victims are repeatedly described as black. Not once, however, are the violent actors described as they are: white. Instead, the white lynch mobs are simply described as “a group of men” or “a mob.” In an article about racial violence, this erasure of whiteness is absurd. The race of the victims is relevant, but somehow the race of the killers is incidental. If we’re willing to admit that race is a reason blacks were lynched, why are we unwilling to admit that race is a reason whites lynched them?

In his remarks following the Charleston shooting, President Obama mentioned whiteness only once — in a quotation from the Rev. Dr. Martin Luther King Jr. intended to encourage interracial harmony. Obama vaguely acknowledged that “this is not the first time that black churches have been attacked” but declined to state who has attacked these churches. His passive language echoes this strange vagueness, a reluctance to even name white terrorism, as if black churches have been attacked by some disembodied force, not real people motivated by a racist ideology whose roots stretch past the founding of this country.

—White Terrorism Is as Old as America

via The Made Shop 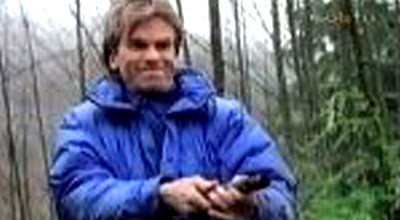