Anthony Bourdain, Chef, Travel Host and Author, Is Dead at 61:

In everything he did, Mr. Bourdain cultivated a renegade style and bad-boy persona.

For decades, he worked 13-hour days as a line cook in restaurants in New York and the Northeast before he became executive chef in the 1990s at Brasserie Les Halles, serving steak frites and onion soup in Lower Manhattan. He had been an executive chef for eight years when he sent an unsolicited article to The New Yorker about the underbelly of the restaurant world and its deceptions.

To his surprise, the magazine accepted it and ran it — catching the attention of book editors. It resulted in “Kitchen Confidential: Adventures in the Culinary Underbelly,” a memoir that elevated Mr. Bourdain to a celebrity chef and a new career on TV.

This is very sad. From everything I’ve seen and read about Bourdain he seemed like a great person.

When I worked in the Financial District in downtown Manhattan back around 2008-09 I used to take new hires to Les Halles all the time. It was located on John Street but it closed down last year.

Texas Monthly asks Why Does Willie Nelson Still Do It?:

“I think I need to keep being creative, not to prove anything but because it makes me happy just to do it,” Willie says. He partially credits doing what he loves for keeping him animate into his eighties. “I think trying to be creative, keeping busy, has a lot to do with keeping you alive.”

It’s important to have something creative to work on, whether it’s part of your career or a side project. You have to keep the brain moving and thinking.

“Garbage collection was No. 1 under ISIS”

From The New York Times, We unearthed thousands of internal documents that help explain how the Islamic State stayed in power so long:

What began as a cosmetic change in Mr. Hamoud’s office soon turned into a wholesale transformation.

The militants sent female employees home for good and closed the day care center. They shuttered the office’s legal department, saying disputes would now be handled according to God’s law alone.

And they did away with one of the department’s daily duties — checking an apparatus, placed outside, to measure precipitation. Rain, they said, was a gift from Allah — and who were they to measure his gift?

Employees were also told they could no longer shave, and they had to make sure the leg of their trousers did not reach the ankle.

Glossy pamphlets, like the one below, pinpointed the spot on the calf where the hem of the garb worn by the companions of the Prophet around 1,400 years ago was said to have reached.

I forgot how awesome religion is.

But wait, ISIS runs a ruthless but clean ship:

Mr. Hamoud, who is known as “Abu Sara,” or Father of Sara, gave in and bought a niqab for his daughter.

As he walked to and from work, Mr. Hamoud began taking side streets to dodge the frequent executions that were being carried out in traffic circles and public squares. In one, a teenage girl accused of adultery was dragged out of a minivan and forced to her knees. Then a stone slab was dropped onto her head. On a bridge, the bodies of people accused of being spies swung from the railing.

But on the same thoroughfares, Mr. Hamoud noticed something that filled him with shame: The streets were visibly cleaner than they had been when the Iraqi government was in charge.

Omar Bilal Younes, a 42-year-old truck driver whose occupation allowed him to crisscross the caliphate, noticed the same improvement. “Garbage collection was No. 1 under ISIS,” he said, flashing a thumbs-up sign.

So hey, you’ll have the occasional head smashed with a big stone, but things are going to be squeaky clean.

Overworking in the Age of Technology

Silicon Valley would be wise to follow China’s lead:

These topics are absent in China’s technology companies, where the pace of work is furious. Here, top managers show up for work at about 8am and frequently don’t leave until 10pm. Most of them will do this six days a week — and there are plenty of examples of people who do this for seven. Engineers have slightly different habits: they will appear about 10am and leave at midnight. Beyond the week-long breaks for Chinese new year and the October national holiday, most will just steal an additional handful of vacation days. Some technology companies also provide a rental subsidy to employees who choose to live close to corporate HQ.

In California, this sort of pace might be common for the first couple of years of a company, but then it will slow. In China, by contrast, it is quite usual for the management of 10 and 15-year-old companies to have working dinners followed by two or three meetings. If a Chinese company schedules tasks for the weekend, nobody complains about missing a Little League game or skipping a basketball outing with friends. Little wonder it is a common sight at a Chinese company to see many people with their heads resting on their desks taking a nap in the early afternoon.

Fuck the editor who wrote the title of this article, and fuck Michael Moritz for writing the article.

Silicon Valley or anywhere else in the first world would be wise to not follow China’s lead. The whole (empty) promise of computers and the Internet was that we would be able to work remotely! And work more efficiently! Oh joy of joys!

It’s a cliché but it’s true: the goal is to work smarter, not longer. It’s also true that humans fill their work week to the allotted number of hours. If we worked four 8-hour days per week (32 hours) instead of five 8-hour weeks (40 hours) the vast majority of people at desk jobs would get just as much work done.

America would be wise to follow the lead of a country where tech companies installed safety nets to save people trying to commit suicide by jumping out of windows? This is a load of shit.

While we figure out how to spot terrorists, let’s update our gun laws.

Meticulous Planning by Las Vegas Gunman Before He Opened Fire:

Before he mowed down concertgoers from a perch high in a hotel tower, Stephen C. Paddock created a ring of surveillance around him, with video cameras in his suite and in the hallway, law enforcement officials said on Tuesday. But investigators were still at a loss to offer a motive for the massacre.

The cameras — apparently intended to warn of approaching threats — along with the 23 guns, hundreds of rounds of ammunition, and other equipment found in the gunman’s hotel suite, suggested a thought-out plan to have plenty of time to wreak carnage while holding the police at bay.

Twelve of the rifles Mr. Paddock had in his luxury suite on the 32nd floor of the Mandalay Bay Resort and Casino were outfitted with a “bump stock,” a device that enables a gun to fire hundreds of rounds per minute, like a machine gun, which may explain how he was able to rain such devastation on the crowd below, law enforcement officials said. Such devices are generally legal, and the possibility that he may have used them set off a fresh round of calls by Democratic lawmakers in Washington to pass more gun regulations after the tragedy.

Paddock didn’t have a criminal record so he flew under the radar of the FBI.

So if we can’t preemptively spot terrorists, then we need to do something else. We need to update our gun laws in the United States.

Preventative measures are much better than reactive treatments.

Rise of the Machines

American author, philosopher, and neuroscientist Sam Harris wonders if we can we build AI without losing control over it in his new TED Talk.

I first discovered Sam Harris earlier this year when he was a guest on The Joe Rogan Experience and it was great (Episode #804).

A few weeks ago the White House reached out to Kickstarter to help raise money for Syrian refugees.

On one hand, this is very commendable (Kickstarter is donating 100% of their fee) and I think it’s great if individuals can donate but I can’t help but think that this request came from the U.S. government. A government that spends over $600 billion a year on defense.

How about the U.S. government throw a few billion to the Syrian refugees?

My sister reminded me this morning today is Jimmy Page’s 70th birthday.
Next time you think about bitching about being too old to do shit, remember this video: 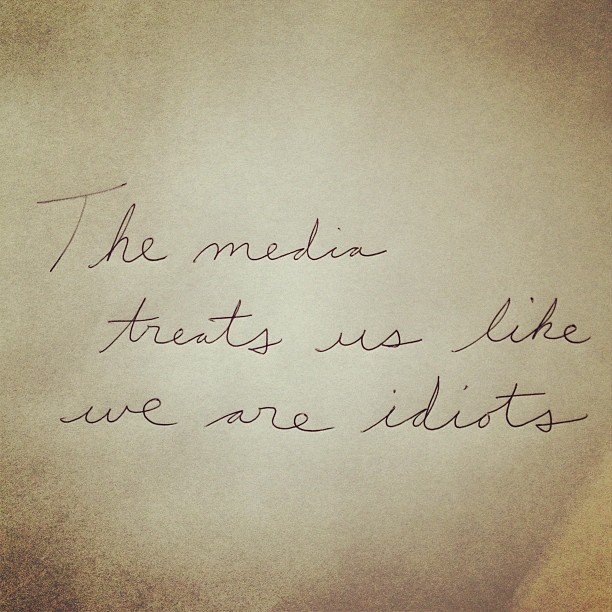 Steve Jobs was, not surprisingly, a complicated man, both great and awful, capable of incomparable vision and shocking lapses in judgement, who saw some things with singular clarity and others with no benefit whatsoever of wisdom. To have been his mother or wife or daughter, I’ll bet, was not much fun. But for the rest of us, Steve Jobs was nothing, if not fun.

As is expected from Promila, a beautifully concise remembrance.