Android pocket computer manufacturers can’t hold back their excitement over folding screens. Samsung was so excited, it aired a Galaxy Z Flip commercial during the Super Bowl before it even announced the phone.

Motorola has taken the nostalgic angle with folding screens and reintroduced the RAZR. I remember when the original RAZR debuted in 2004. There was a ton of buzz surrounding it and its ~$350 pricetag (a hefty price for a folding phone at the time).

I know fashion moves in cycles, and old things become new again, but I’m not convinced the kids today are both nostolgic for a folding phone and really want a touchscreen that folds.

As far as other 40-somethings like me, I don’t see anyone rushing out to get either of these devices. After watching MKBHD’s unboxing and review video for the new RAZR, it’s clear Motorola put nostallgia and form ahead of function, doing everything they could to keep the same shape as the original RAZR in order to create a subpar device compared to other Android mobile computers.

I like seeing gadget experiments, but I haven’t seen a compelling argument for why a mobile computer with a folding screen is better than one without a folding screen. Just because something can be done, doesn’t mean it should be done.

Samsung won’t fold on the Fold.

The Galaxy Fold is still extremely fragile, and Samsung knows it:

The updated Samsung Galaxy Fold is finally making its way into the world after a months-long delay by Samsung to shore up its hardware when it became apparent from review units (including The Verge’s) that the foldable phone was too fragile. Unfortunately, it seems that the “fixed” version of the Fold is still extremely fragile. And based on a new video Samsung released begging owners to treat their new phones with a “special level of care,” Samsung knows it. A new durability test from popular YouTube channel JerryRigEverything proves it.

You just won’t let it go, will you, Samsung?

Admit it, you have derailed.

Microsoft, enough with the Surface bullshit.

A top Microsoft exec says the idea it will kill its Surface gadget business is ‘so far from the truth’:

To the guy that heads up Microsoft’s Surface products, the idea that the company is going to kill off its line of computers and tablets is laughable.

“It’s so far from the truth,” Panos Panay, Microsoft’s corporate vice president of devices, said on Monday, calling the notion the “tabloid rumor of the week.”

Panay was responding to a discussion last week by a panel of PC industry executives about the future of Microsoft’s hardware business. The executives, which included representatives from Dell and Lenovo, predicted the company would kill its Surface line by 2019, according to The Register.

Kill it. Stop trying to be Apple. Stop your new-found love of hardware-software integration, and for shit’s sake, stop using Alcantara on your products.

You’ve already killed Windows Phone, just take Surface out back behind the barn and put it out of its misery.

Microsoft Surface Studio review: a beautiful invader of Apple’s base:

It’s an engineering marvel of a monitor, but I really wish Microsoft sold it separately. I want to dock my Surface Book to it, or transform any laptop into a full Surface Studio. If I’m investing in a desktop PC at this kind of price then I also really want to be able to upgrade it and use it for gaming and more powerful work. I can’t do either of those things with the Surface Studio. If this was a monitor with a powerful GPU in it designed to complement Microsoft’s existing Surface devices and “upgrade” them, I’d probably be throwing my wallet at my screen right now. It’s hard to do so knowing that I’m not getting the latest and greatest specs for that $2,999, and that’s before you even consider the top model I’ve been testing is $4,199.

I’m both amused and happy about Microsoft’s newfound — and seemingly geniune — love for integrating software and hardware themselves. Up until they introduced Surface tablets in 2012, ‘controlling the whole widget’ was something only Apple did.

So what’s Microsoft’s endgame here? They’re going to market with a very niche product that uses last year’s hardware. Are they going to move back down the market with what they learned and develop more affordable desktops that can complete with iMacs?

I almost get the sense that they don’t care if it sells. The goal was to create a beautiful and very functional desktop computer. Even if the Surface Studio ends up being a dud, I still think what Microsoft did is impressive. 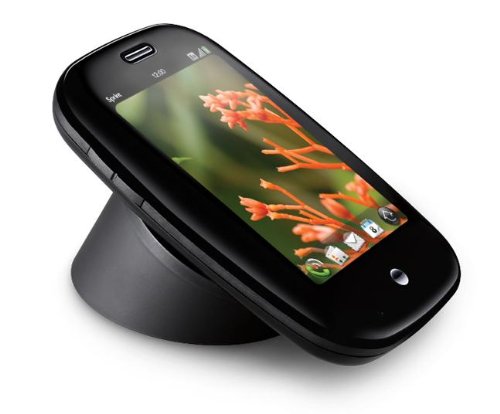 Chuck Close comments on the end of the 20-inch-by-24-inch Polaroid camera:

Like other artists he knows who have used the camera, he said, its attraction is not just in its size and endearingly oddball personality, like a creature from an obsessive hobbyist’s garage. The immediacy of making the picture, Mr. Close said, changes the relationship between the subject and the artist, who together witness the image come into being after the photograph is pulled from the camera and the chemicals perform their function. “You both work together to get something that you want out of it. Your subject knows what you’re trying to do.” (He described a 2012 session with President Obama in a hotel room so tiny that the camera and Mr. Close’s wheelchair — a spinal-artery collapse more than two decades ago left him partially paralyzed — crowded out the Secret Service.)

It’s too bad these cameras are going away.

Many artists crave analogue tools to create their work. Clicking a button on a digital device removes creative resistance from the act of creation.

“A paper notebook is a walled garden”

No shit, the original Moleskin launched in 1997?

The Moleskine notebook emerged at a moment when it looked increasingly like the long-promised “paperless office” would become a reality, with technologies like word-processing software, the Internet, laptops, handheld devices, and other innovations rendering printed matter obsolete. The original Moleskine journal was launched in Milan, in 1997, the same year the first Palm digital planner was introduced; its designer, Maria Sebregondi, told me that she was aiming to create the ultimate travel journal for an emerging class of “global nomads.” But, within a few years, the notebook had been adopted by a totally different class of user: M.I.T. students and academics, tech-company founders, and other high-achieving entrepreneurs, all of whom prized it for its simplicity and efficiency.

I thought the Moleskin was much older than that. 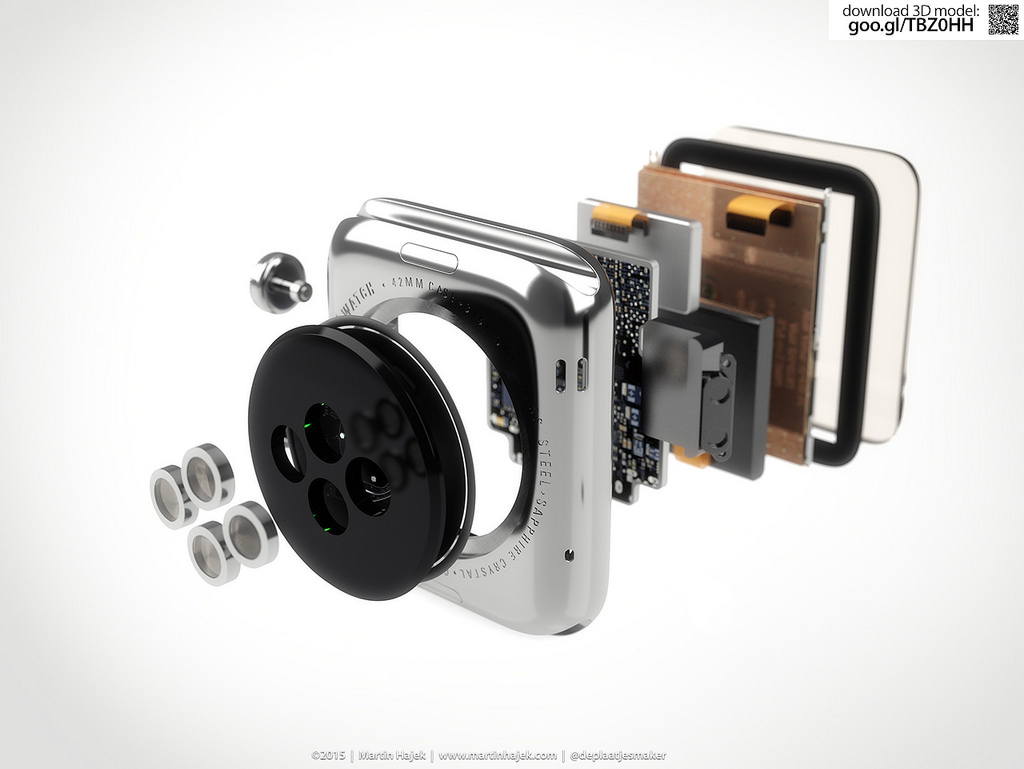 The Smell of the Ink

Portrait of a Letterpress Printer from • of two lands • on Vimeo.

From the NYTimes: Robin Williams’s Widow and Children Tangle Over Estate:

Nearly six months after the death of Robin Williams, the Academy Award-winning actor and comedian, his widow and his children have become engaged in a contentious legal dispute over his estate.

Court documents filed in December and January outline a bitter disagreement over money and property between the widow, Susan Schneider Williams, who was Mr. Williams’s third wife, and Zak, Zelda and Cody Williams, the comedian’s children from two previous marriages that ended in divorce.

At stake is not only a portion of the wealth that Mr. Williams accumulated in a film, television and stage career of some 40 years, but also cherished belongings that include his clothing, collectibles and personal photographs.

In their court papers, both sides display keen interest in such memorabilia — everything from Mr. Williams’s bicycles to his collections of fossils and toys — as tangible, deeply personal reminders of the irrepressible, manic imagination that drove his performances as a comedian and actor.

We can’t get enough of it!

It took him 25 years to design it.

Don’t Cover It Up

Craig Mod on the iPhone 6:

Our grandfathers sacrificed their lives in world wars, lost limbs, left widows alone at home to raise children on their own, leveled communism, fought bravely for our free market, allowed us to elect a black president, and, perhaps most importantly of all, enabled us to focus on producing premium consumer products made of space age materials to take selfies and browse Facebook. And so, live knowing that each time you touch your case clad phone, the terrorists have won.
As I said years ago, I’m not down with bras on cars, or cases on iPhones.
My iPhone looks like Han Solo’s blaster and I like it.

The Most Critical Component

There will be no price umbrellas because the practical price of the watch will vary based on the band you buy. True, we have barely any pricing information (starts at $350!), but I’m making an assumption: the most expensive bands will cost at least as much as the watch itself while the base bands (likely the sports bands) will be a modest $30-$40.

In effect, with wide range of bands Apple has a full price gradient which addresses the luxury market and the mass market. This is important. Without the mass market, the economies of scale won’t kick in and platform plays (like Apple Pay) will whither on the vine. But if they only addressed the mass, the Watch both wouldn’t be personal and precious for those who want luxury and they’d leave a ton of money on the table.
—Drew Breunig, The Watch Band Connector is its Most Critical Component

He said, “A DOS machine”

“I actually have two computers: I have the computer that I browse the Internet with that I get my email on, that I do my taxes on,” he said, trailing off. “And then I have my writing computer, which is a DOS machine not connected to the Internet.”
—George R.R. Martin, creator of Game of Thrones
For those of you bitching you don’t have the latest and greatest [insert tool you use to make your art], keep stories like this in mind.