The disgraced right-wing troll is complaining that the major social media companies have effectively cut off his alt-right audience — and crushed his ability to make a decent living.

The former Breitbart tech writer shared the complaints on Telegram, a messaging app where some alt-right allies have set up shop after getting the boot by larger tech platforms. Yiannopoulos was banned from Twitter in 2016 for directing racist abuse at the comedian Leslie Jones, losing nearly 400,000 followers. He was banned from Facebook in May.

Yiannopoulos has discovered there can be repercussions to your actions. It’s good to see someone inciting violence and racism de-platformed, but it’s not enforced nearly enoughon Twitter and Facebook.

Microsoft’s Corporate Vice President for Windows, Joe Belfiore, has today clarified the company’s stance with Windows 10 Mobile and what it’s currently doing in the mobile space. In a series of tweets on Twitter, Belfiore states that as an individual end-user, he has switched to Android, and that Windows 10 Mobile is no longer a focus for Microsoft.

I’ve been saying Microsoft is a day late and a dollar short with Windows Phone since they came late to the party 7 years ago. Back in 2011 I explained how Microsoft was swimming in a red ocean.

By the the time they got rolling with Windows Phone the iPhone was already a smash hit and Android had entrenched itself as the new “Windows for smartphones”. This left Microsoft with very little to convince people to switch to their platform.

Vice: Why Trump’s Campaign Is Such a Disaster:

Donald Trump seemed to recognize this windfall last week, raising questions about Hillary Clinton’s honesty and truthworthiness in light of the FBI investigation into her use of a private email server. But in classic Trump fashion, he couldn’t quite stay on message, and during a speech, he delivered a deranged defense of a six-pointed star tweet and insisted that Saddam Hussein was “so good” at fighting terrorists.

That Trump would botch such a clear opportunity to reverse his dismal fundraising and sinking poll numbers is remarkable, but also not surprising. In the two months since the real estate mogul effectively locked up the Republican presidential nomination, his campaign has shown a stunning penchant for self-sabotage, ricocheting between catastrophes of its own creation.

Keep up the downward spiral. Keep it up.

After six seasons, Top Gear USA is getting cancelled. The news comes from Rutledge Wood’s Instagram page where the host implies the History Channel was behind the decision. While that’s bad news, Wood claims that Top Gear USA may not be completely dead. “I’m not saying Top Gear USA is done, but it’s done for the immediate future on History,” states Wood.

That’s six seasons too many of that show.

If the BBC was smart they’d cancel the new Top Gear UK with Chris Evans. Oh, and who the fuck thought it was a good idea to have Matt Leblanc on the show? I watched him introduce the Stig last week and I almost puked. The good news is, LeBlanc is threatening to quit if Chris Evans isn’t fired.

When Jeremy Clarkson, James May, and Richard Hammond left Top Gear — the show they helped build into the empire it is today — the show was over. It would be like swapping in completely new musicians into the Beatles after John, Paul, George, and Ringo left.

You’re just never going to recapture the lightning in a bottle.

Any Platform (Just Not Ours)

I came across a new Microsoft ad campaign aimed at developers. The main copy is “Any Developer. Any App. Any Platform.” 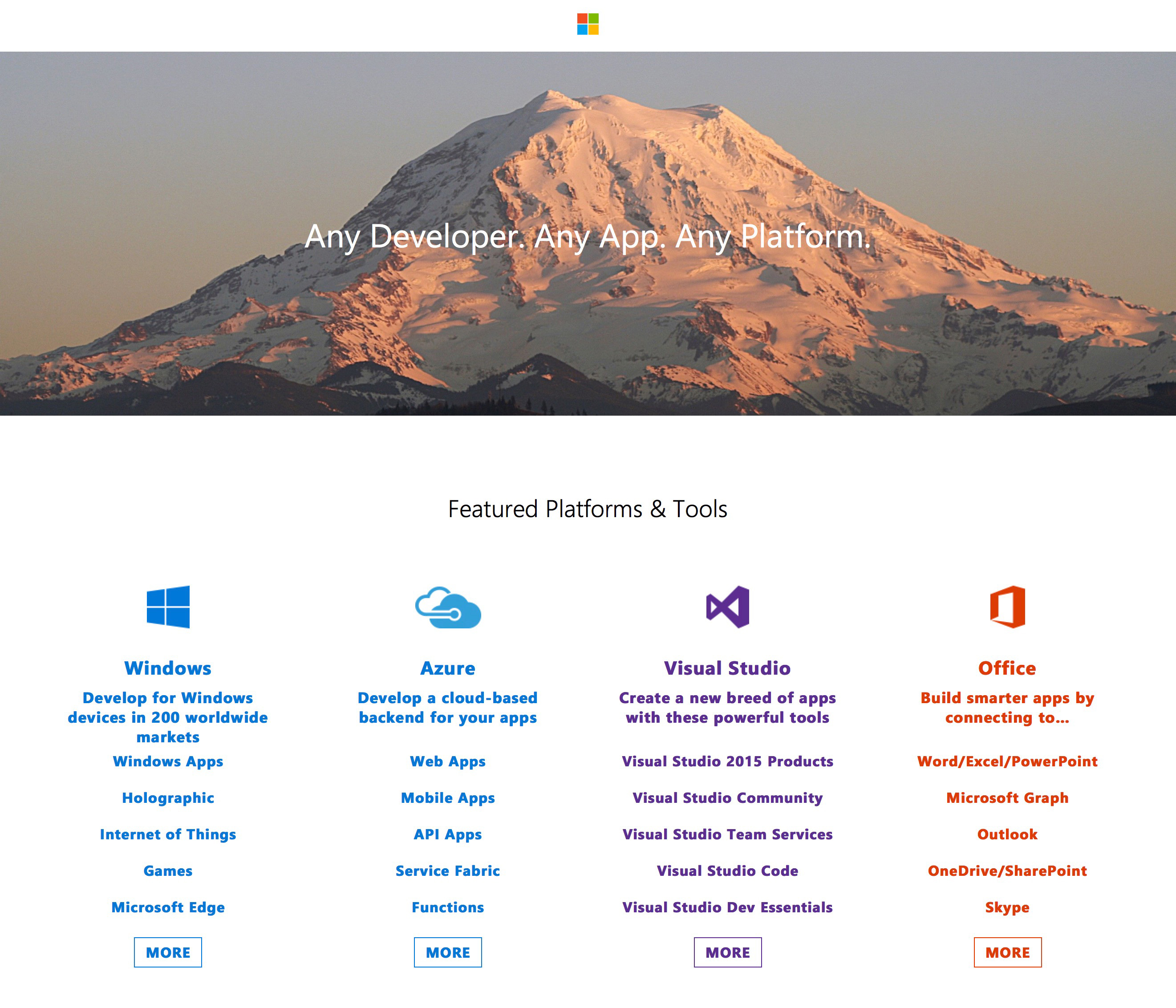 What I don’t like about this campaign is it’s misleading. When you tell a developer they can build an app for “any platform”, the assumption is they can build for iOS, Android, or Windows Phone. If you scroll down the page you’ll see they’re referring to the various Microsoft platforms ‘any’ developer can build for.

The problem is, there’s no point developing an app for Windows. In 2015, Windows Phone had a minuscule marketshare of 2.5%. This year they dropped to 0.7%. Apple’s iOS and Google’s Android have left no room for Windows Phone as a third option.

Some might look at this campaign as Microsoft changing with the times, adapting to the world of mobile computing. I don’t see this. I see a company trying anything, any app, any platform, anything at all as they struggle to stay relevant.

Side note: I find Microsoft’s page interesting is in light of Apple’s new version of macOS ‘Sierra‘, they announced this past week at WWDC 2016: 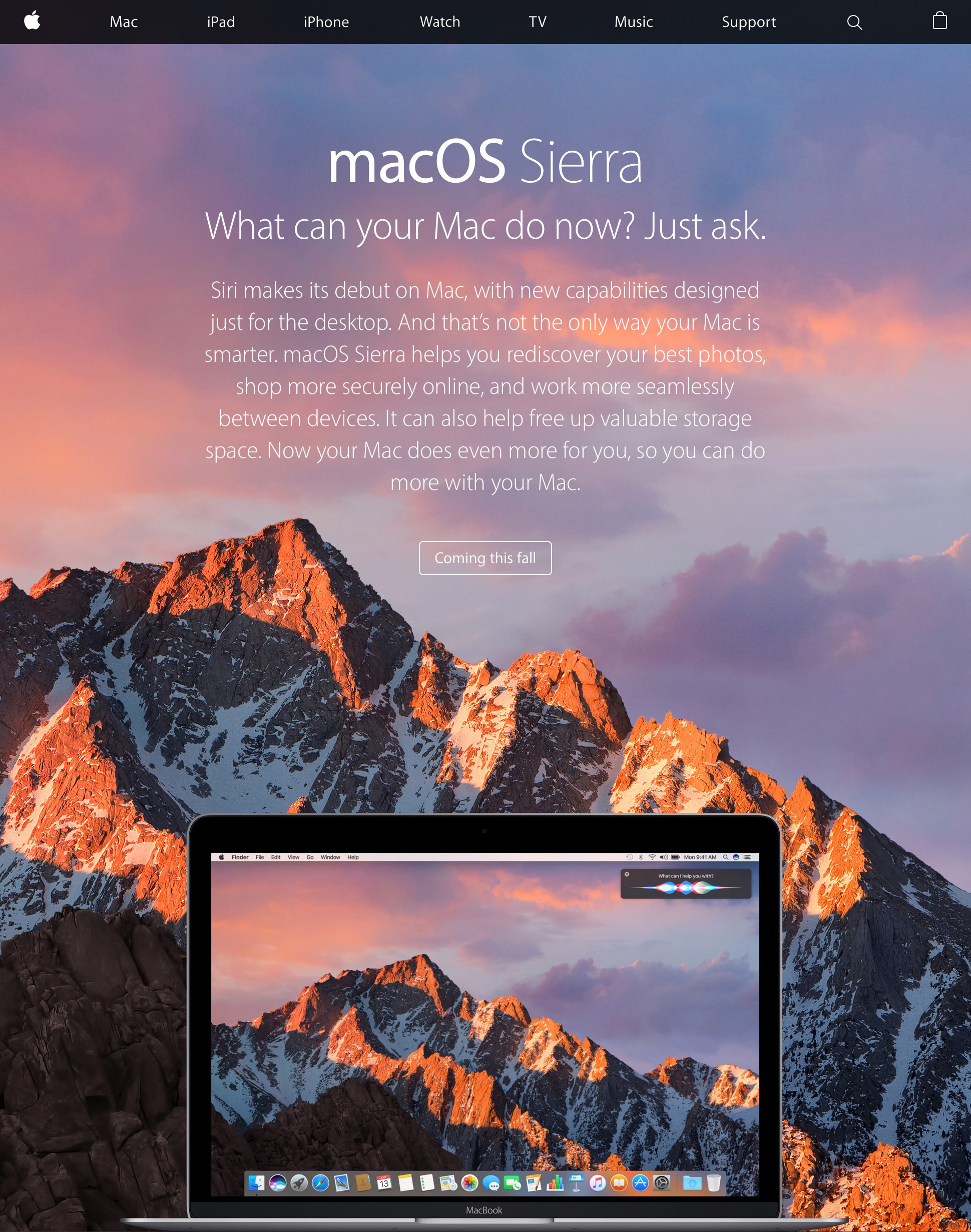