Interesting. I just received an email from Dropbox. 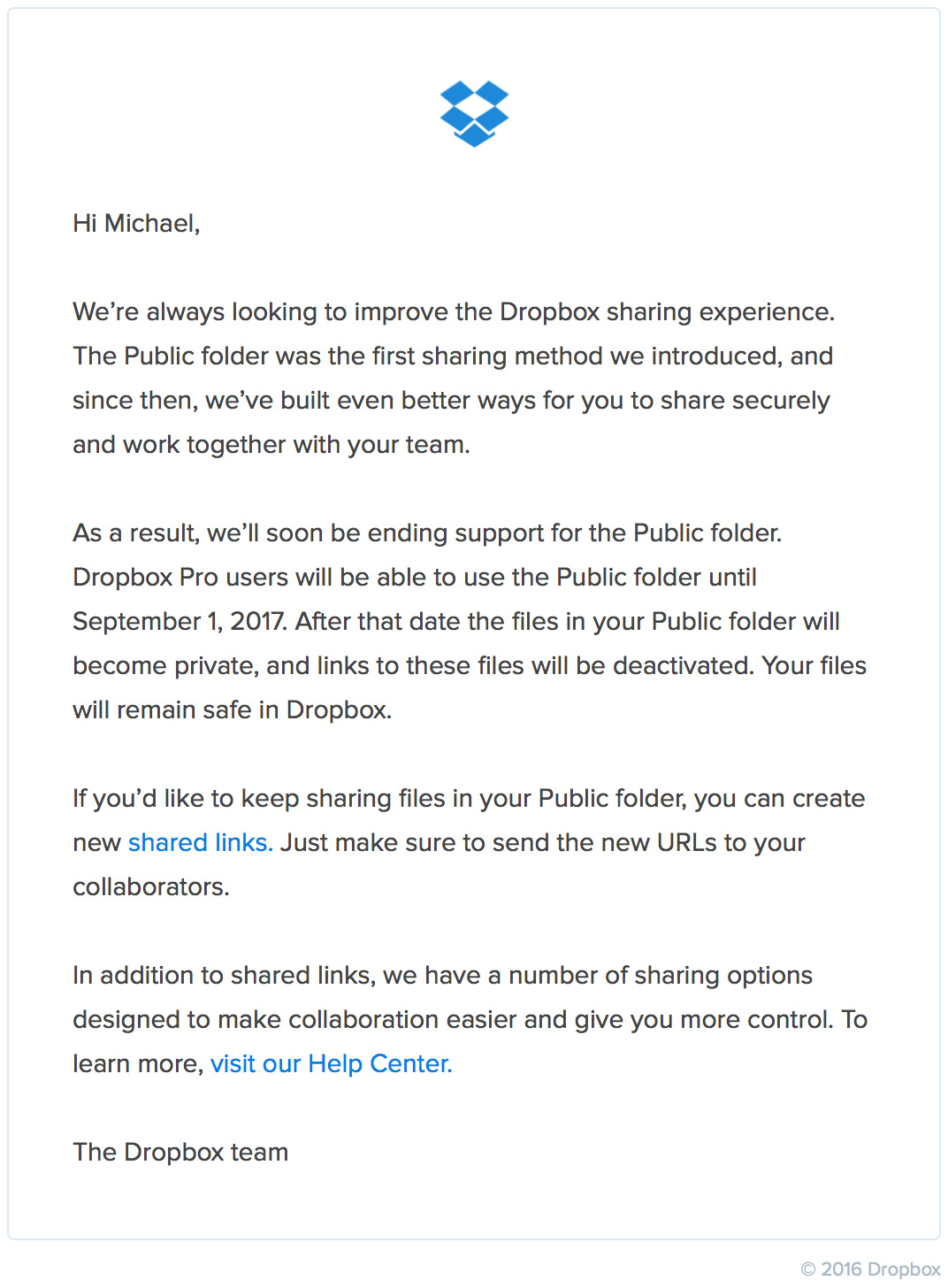 I updated Dropbox earlier today and I noticed the UI is a little bit more Instagram-y:

I’m not sure I’ll ever use any of the features they listed, but as long file syncing remains rock solid, I’ll continue to be a paying Dropbox customer.

Your Formative Years Are Important

Initially, it was about playing games, and when I was about 11, I was pretty sure I was going to make computer games for a living. Part of my interest was also just discovering what makes these games tick. I would get the source code of a game and then modify it to work how I wanted.

That’s how I got my first job, actually. I was a beta tester for this game, and I was frustrated because the developers weren’t moving fast enough. So I started poking around under the hood, and I found all these security problems.

I emailed the developers, saying, “Hey, guys, you’ve got all these problems and here’s how you should fix them.” And they wrote back, “Great, do you want to work for us?” They said I could work remotely, too, so I said, “Is it O.K. if my dad fills out the paperwork, because I’m 14?” They said, “We couldn’t care less.”

Curiosity, drive, and not waiting for permission to do something: you’ll find these qualities in many successful people.

Last week Dropbox announced is was shutting down two of it’s services, Mailbox and Carousel.

There’s been some bitching and moaning about these moves, but it doesn’t bother me. I use Carousel almost daily, mainly to back up my photos to my Dropbox account (For a few years now I’ve been paying $99/year for 1 terabyte of storage).

When I have to hunt for a photo, I find the timeline scrubber navigation super-useful. Carousel should have been kept as a feature within the Dropbox app from the beginning. I hope this is on their to-do list for the next big update to the iOS app.

As for Mailbox, I’ve heard good things about it, but I don’t see it contributing to Dropbox’s business goals so having it go away makes sense. As Golden Krishna pointed out on Twitter, Mailbox introduced us to the UI paradigm of swiping left and right, which is now a part of the native Mail app on iOS 9 (and 8?).