The iPad Pro and Pencil Were Engineered Together

Interesting observations from John Gruber on the iPad Pro and Pencil:

For capacitive (finger) touch, the iPad Pro samples at twice the rate of previous iPads — 120 times per second instead of 60. With the Pencil, though, the iPad Pro samples at 240 times per second. The way the Pencil works requires cooperation with the display, and so there’s no way this Pencil could be made to work with existing iPads. The Pencil is not iPad Pro-exclusive out of product marketing spite — it’s exclusive to the Pro because the two were engineered in coordination with each other. And if Apple had designed the Pencil differently, to allow it to work with existing iPads, there’s no way it could have had this level of accuracy, because the tip would have needed to be broader and capacitive. (The Pencil’s tip is not capacitive at all — it doesn’t register as a touch at all on any other iOS device.)

I think it’s quite possible the iPad ends up being a slow win for Apple unlike the quarter-after-quarter smash hit the iPhone is.

Ever since Slice Intelligence posted their report claiming Apple Watch sales plunged 90% since launch week, doubters in the tech news have been on a feeding frenzy. They’re giddy over the possibility of the Apple Watch being a flop.

Apple isn’t immune to having products that flop, but it’s important to look at the Apple Watch launch in the context of the iPod and iPhone launches. Even conservative estimates put Apple Watch sales at around 2 million units. The original iPhone’s sold 1 million units opening weekend.

One of my favorite blog posts on the topic of Apple products is from Matt Mullenweg (creator of WordPress).

It’s titled, 1.0 is the Loneliest Number:

Many entrepreneurs idolize Steve Jobs. He’s such a perfectionist, they say. Nothing leaves the doors of 1 Infinite Loop in Cupertino without a polish and finish that makes geeks everywhere drool. No compromise!

I like Apple for the opposite reason: they’re not afraid of getting a rudimentary 1.0 out into the world.

I remember my first 1G iPhone. Like a meal you have to wait for, or a line outside a club, the fact that I stood in line for hours made the first time I swiped to unlock the phone that much sweeter. It felt like I was on Star Trek and this was my magical tricorder… a tricorder that constantly dropped calls on AT&T’s network, had a headphone adapter that didn’t fit any of the hundreds of dollars of headphones I owned, ran no applications, had no copy and paste, and was as slow as molasses.

This is where we’re at with Apple Watch. It has a long way to go before it matures into a strong product, but as John Gruber pointed our back in 2010, this is how Apple rolls:

This is how the designers and engineers at Apple roll: They roll. They take something small, simple, and painstakingly well considered. They ruthlessly cut features to derive the absolute minimum core product they can start with. They polish those features to a shiny intensity. At an anticipated media event, Apple reveals this core product as its Next Big Thing, and explains—no, wait, it simply shows—how painstakingly thoughtful and well designed this core product is. The company releases the product for sale.

Then everyone goes back to Cupertino and rolls. As in, they start with a few tightly packed snowballs and then roll them in more snow to pick up mass until they’ve got a snowman. That’s how Apple builds its platforms. It’s a slow and steady process of continuous iterative improvement—so slow, in fact, that the process is easy to overlook if you’re observing it in real time. Only in hindsight is it obvious just how remarkable Apple’s platform development process is.

Think before you speak. Don’t be short-sighted and reactionary.

Give the Apple Watch some time and let’s see where it goes.

It needs to justify its existence no more than any other watch — mechanical or electronic — ever made. Of course you don’t need it. No one, not one person on the face of the earth, needs any $400 watch, Apple Watch or otherwise.

The right question is simply “Do you want one?”

It’s about desire, not necessity. Convenience, fun, and style are not needs. They’re wants. And people will gladly pay for what they want. The iPad faced similar misguided criticism. How many times did you hear or read someone say of the iPad, “Why would anyone who already has a phone and a laptop need an iPad?” That was the wrong question, because almost no one needed an iPad. The right question was “Why would someone who has a phone and laptop also want an iPad?”

The emotional and style aspects of the Apple Watch are the things many tech nerds and engineers just don’t get.

John Gruber on the WWDC15 announcement:

I usually don’t play the “let’s read into the design of the Apple event announcement” game, but damned if the center of this doesn’t look like an Apple TV. And the slogan — “The Epicenter of Change” — would fit with an expanded HomeKit role for Apple TV. 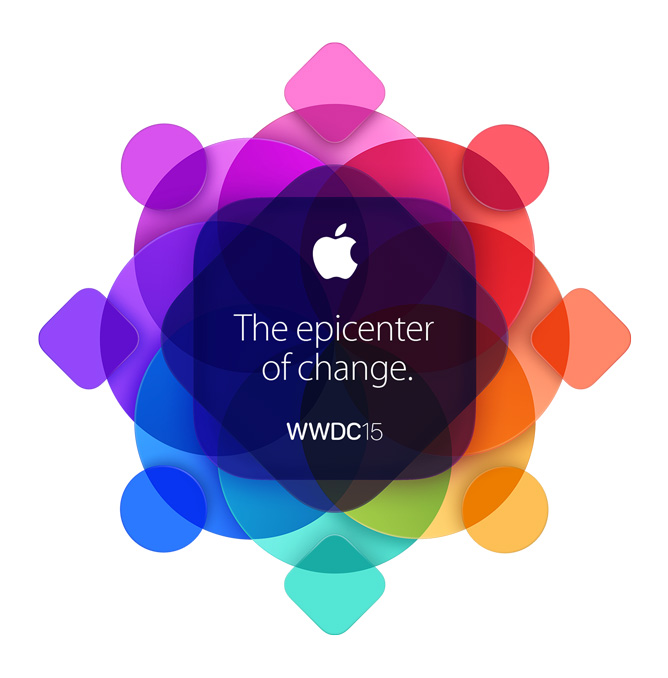 John Gruber pulled, “We’re going to double down on secrecy on products.” as one of the key quotes from Tim Cook’s appearance at the D10 Conference.

I picked a different one.

When pressed about Apple TV, Cook responds: “We’re not a hobby kind of company, as you know.” Boom.

Apple ain’t going to mess around with Apple TV (in it’s current black box incarnation) unless they can ‘make a dent’ in the television universe.

We’ve all had a gut feeling about Apple TV, whether you read Walter Isaacson’s biography on Steve Jobs where Jobs claims he’s finally cracked it (‘it’ being television) or you’re just connecting the dots from the iPod to iTunes to iPhone to the expansion of iTunes to movies, rentals and shows to iTV to iPad to Apple TV …

It only makes sense.