I’ll never understand why they launched the Moto 360 with a circular display that was cut off at the bottom like a flat tire (aka the Moto 270). Supposedly Moto needed an area to place hardware components? I call bullshit.

This is happening only 2 months after the Verge reported Microsoft was ending sales of its wearable, the Band.

At the same time, yesterday I posted the news FitBit was acquiring Pebble Technology. Fitness trackers seem much more popular than smartwatches. The batteries usually last a whole week, they’re cheaper than smartwatches, and more people have them.

Before my wife and I got Apple Watches in October she wore her Fitbit all the time. The other day she mentioned she missed being able to track the progress with her friends. Apple Watch lets you easily share your fitness info with friends, but there just aren’t as many people with Apple Watches.

After wearing my Apple Watch for 2 months and from what I’ve seen of Android Wear it seems to me Apple is the only company putting serious thought into what a smartwatch should do.

Let’s take my favorite company to beat up on, Samsung. Look at the hero image on their smartwatch landing page:

This is Samsung’s opportunity to showcase what a smartwatch can be and they decide to disguise every one of them as a traditional watch. “Call. Text. Play.” Where, exactly?

Google created their Pixel Phone to showcase what they feel is the best Android phone you can make—and blantantly rip off the hardware design of the iPhone, sans Home button.

Perhaps they should do the same with smartwatches.

I don’t understand how the fuck people think it’s ok to release smart watches with cut off screens? 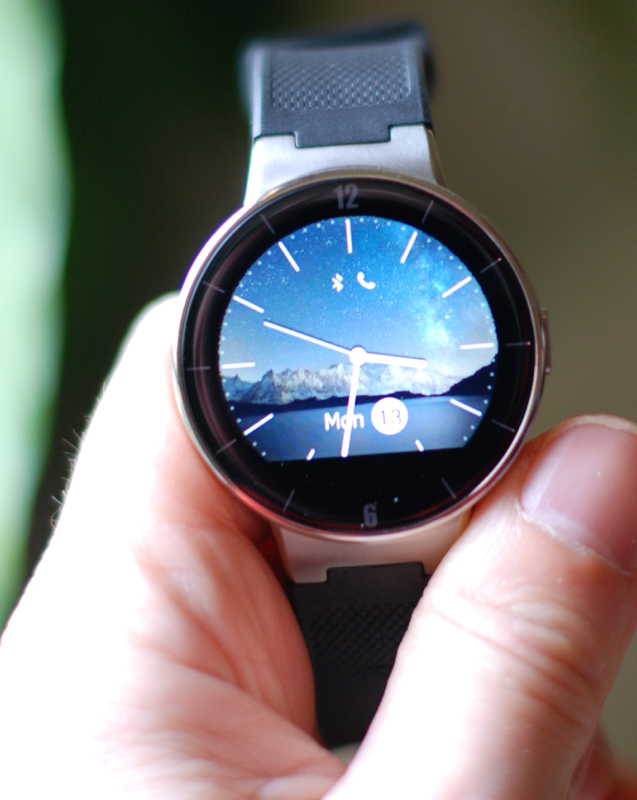 And don’t give me the bullshit excuse that they did that to “make room for hardware components.”