Apparently, at some point these last few days, someone took some acid, dropped all the HTML and Actionscript from Adobe.com into a blender and took the mixture and slapped it back onto the electronic internet. 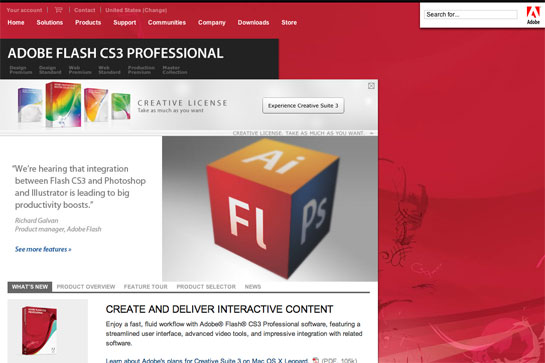 I have so many questions in my head I don't know where to begin.
It's almost 2008 - why the 760 pixel width for the main content?
I have a big monitor, so that little search box goes alllllll the way over the right. Have we heard of Fitts' Law before? Hello?

I stumbled upon this site randomly the other day, and was quit pleased I did.

3G for the iPhone – Truly Urgent?

Nope. It's not.
I'm still planning to retire my wonderful Treo 650 this Christmas and replace it with a new 8GB iPhone. That is, an iPhone with EDGE-speed internet. The reason I'm perfectly fine with this (and I'm sure most iPhone owners are) is because an iPhone can't (yet) exploit the benefits of a 3G network.
I know that when I get to work at Schematic, I have access to our wifi network, and I know when I go home at night, I have access to my wifi network there too. No need to deal with EDGE.
And the iPhone doesn't (yet) have the Adobe Flash plug-in so I can't visit high bandwidth Flash sites that require a fast internet connection.
And you can't downloading huge files or applications (without hacks).
So yeah, EDGE sucks for speed, but the iPhone can wait for 3G.

The discussion begins with a mailing list message called Interesting Behavior of OS X, in which Steven Edwards describes the discovery that Leopard apparently contains an undocumented loader for Portable Executables, a type of file used in 32-bit and 64-bit versions of Windows. More poking around revealed that Leopard's own loader tries to find Windows DLL files when attempting to load a Windows binary.

So let's not get all excited too quickly. Like the article says, this could happen and it could end up going no where. Also, would this mean Macs would be more susceptible to viruses? (My gut says no, the reason Windows machines are so vunerable is because .exe files can autorun, I doubt they would be allowed to autorun on OS X).

De Ja Vu All Over Again 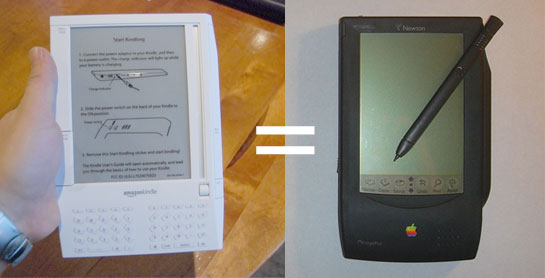 Remember that story? I know the analogy isn't perfect, but I think there are (or will be) some key parallels between the two. 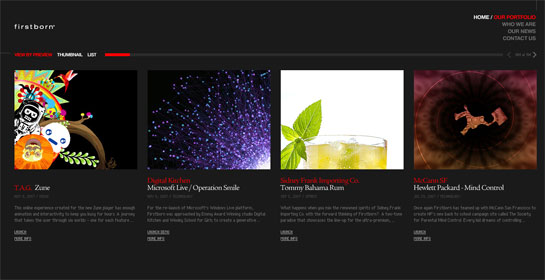 Firstborn just launched a new site and I like it. It's really solid, easy to navigate and functions well.
That being said, it's never going to match up to their 2005 version, which is one of my favorite sites of all time.

Rita Flórez on Why Zines Won’t Die
'SNL' Staff Fired En Masse - Um, wow. I didn't see that coming. I haven't been in a union since I was a service clerk at Shop Rite when I was 16, but isn't the point of being a union member so you can avoid things like that happening to you?
The Future of Reading (via DF) - It will be interesting to see how this project pans out. Music, photos, documents, they're all digital, it's inevitable that books will be too, but I can't help but get sad to think about how the art of bookmaking will die.
False Endorsement

LastExitToNowhere.com specializes in designs relating to “some of the most memorable places, corporations and companies in 20th-century fiction.” Other popular T-shirts on the site, which went up in June, include one for Tyrell (“More Human Than Human” is its motto), maker of genetic replicants in “Blade Runner,” and Polymer Records, a music label in “This Is Spinal Tap.”

I'm selling some things on eBay right now, perhaps something catches your fancy. 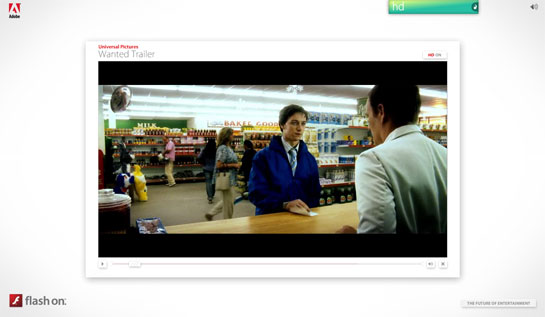 Adobe: Flash On - seems like the bar is being raised for online video. I'm glad to see Adobe is taking this seriously.
*note - be sure to click that HD button on trailers that feature it.

In the destructive element immerse!

NYTimes.com: Forever Weird
From the Times review of GONZO -The Life of Hunter S. Thompson:

In compiling this oral history, Jann Wenner and Corey Seymour could easily have succumbed to the same temptation that Hunter did: to celebrate the myth, to recount a numbing parade of hilarious, drug-addled Hunter stories, and to miss the man. Happily, they have produced a rigorous and honest piece of work. “Gonzo” is a wonderfully entertaining chronicle of Hunter’s wild ride, but it is also a detailed, painful account of his self-destructive immersions...

Solipsism (Latin: solus, alone + ipse, self) is the philosophical idea that "My mind is the only thing that exists".Solipsism is an epistemological or metaphysical position that knowledge of anything outside the mind is unjustified.

Have you ever been in a meeting, and someone is trying to explain their point, but they're having trouble finding the right words?
So once they're done talking, you respond, and understanding the person's point better than they do, you use the correct word in your explanation.
Then, as the person continues their presentation, they repeatedly use the word you nailed over and over again?
I hate that. Use your own damn words, don't use mine.