The App Store is 10 Years Old 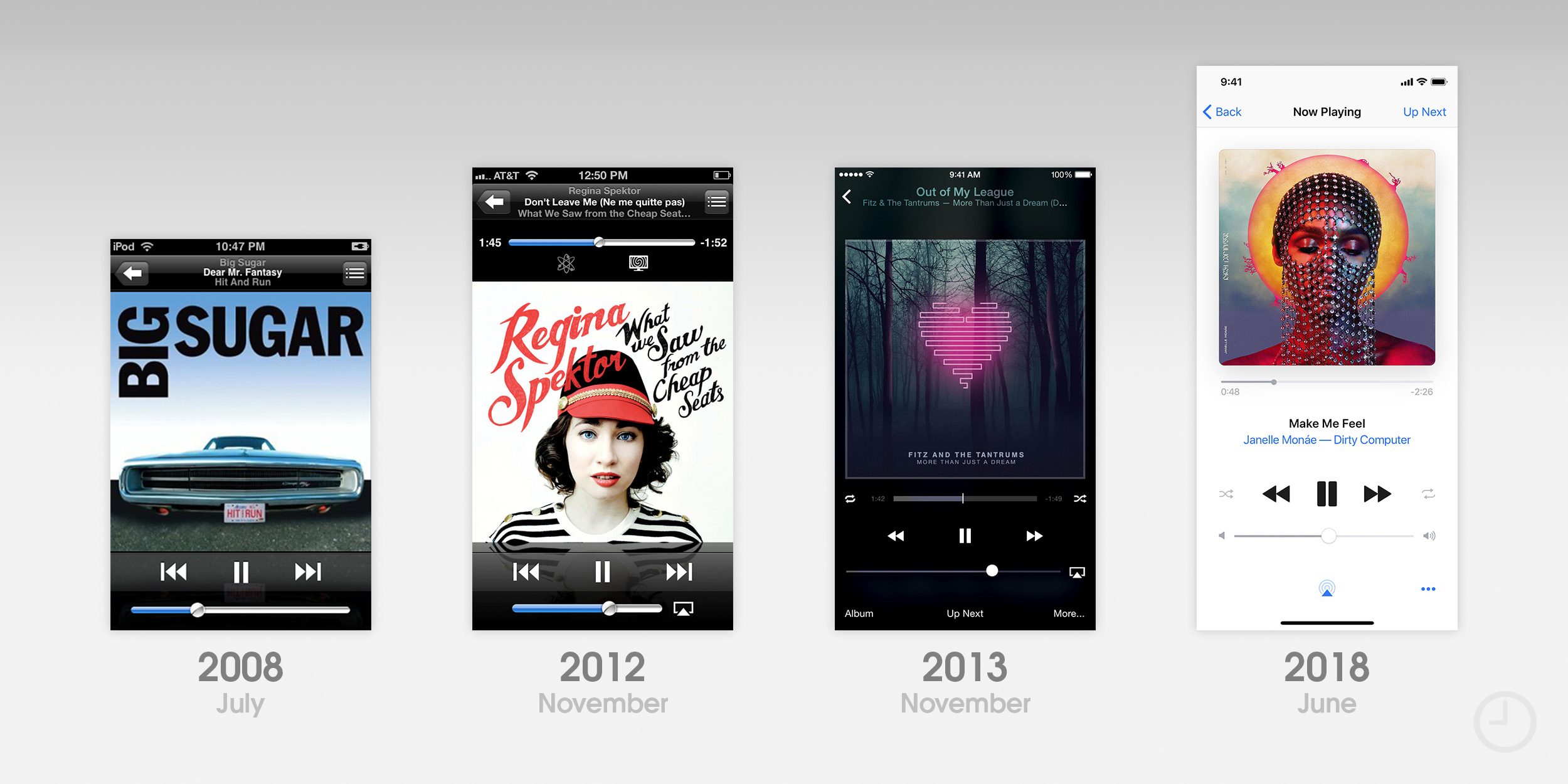 10 years of the App Store: The design evolution of the earliest apps

Khoi Vinh on the caliber of editorial design in Apple’s App Store:

Apple’s dramatically redesigned App Store got a decent amount of attention when it debuted last year with iOS 11, but its unique success as a hybrid of product design and editorial design has gone little noticed since. That’s a shame, because it’s a huge breakthrough.

I myself paid it scant attention until one day this past winter when I realized that the company was commissioning original illustration to accompany its new format. If you check the App Store front page a few times a week, you’ll see a quietly remarkable display of unique art alongside unique stories about apps, games and “content” (movies, TV shows, comics, etc.). To be clear: this isn’t work lifted from the marketing materials created by app publishers. It’s drawings, paintings, photographs, collages and/or animations that have been created expressly for the App Store.

I don’t launch the App Store app very often, but Vinh is right. The art direction and illustrations are solid.

Back in June, Horace Dediu took a look at 9 years of numbers for the App Store:

The App Store is almost 9 years old. In that time it has generated about $100 billion in revenues, of which about $70 billion has been passed on to developers and $30 billion was kept by Apple. It’s very likely that running the App Store for 9 years did not cost $30 billion so, if it were an independent “business unit” it would probably have been and still be quite profitable.

But Apple does not run “business units” with separate Profit and Loss statements. The App Store is a part of Services which is an amalgamation of non-hardware sources of revenues but that does not mean it’s a business. The purpose of Services isn’t to turn a profit or define its value through some metric of financial performance.

The purpose of Services is to make the experience for the Apple user better. The combination of good experiences allows Apple to be perceived as a valuable brand and that allows it to obtain consistently above-average profitability through pricing power. I like to emphasize that the iPhone at over $600 in average price is more than twice the average price of all the other smartphones and captures over 90% of all available profits.

The fact that Apple doesn’t have business units is important and it’s what makes the company so hard for analysts to define and for competitors to compete with.

At the end of the day, yes, Apple is a company that manufactures physical gadgets but like Dediu points out, if you take away software or services from the equation, Apple falls apart.

Apple is going to remove abandoned apps from the App Store:

“We are implementing an ongoing process of evaluating apps, removing apps that no longer function as intended, don’t follow current review guidelines, or are outdated,” Apple wrote.

And Apple is not going to stop at abandoned apps. The company will also fight spammy app names. For instance, if you search for “Instagram” on the App Store, one of the first results is an app that is called “[app name] Photo Collage, Picture Editor, Pic Grid, F…” and then it gets cut off.

It’s about time. I’d rather have less & better than more & shitty.

Spotify: Apple is holding up app approval to squash competition:

Like other apps, Spotify had been getting customers to foot the bill for Apple’s App Store billing fees by charging an extra $3 a month. It recently launched a promotion for the second time that gave new users three months of service for a dollar, if they signed up on the web. As you can imagine, that didn’t make Apple too happy, and the company reportedly threatened to pull the app entirely unless Spotify stopped pushing the deal for iPhone owners. It complied with the request, but it also nixed the iTunes billing option in the iOS version which lead to the current dispute.

On one hand, I feel like this ends up hurting happy Spotify and Apple customers. Elizabeth Warren recently accused Apple, Amazon, and Google of anti-competitive practices. This issue with Spotify only adds fuel to the fire.

On the other hand, why should Apple make and exception for Spotify and wave the App Store fee? It seems as though the Google Play store also charges 30% fees like Apple.