For the first time, more people subscribe to Netflix than have DVR:

Not surprising. The only people I know who record stuff on a DVR are my mother-in-law (she records The Ellen Show), and my father (he records Judge Judy and Judge Milian).

Everything I watch is on either iTunes, Netflix, or YouTube, and I get my news online or from Twitter. I rarely watch TV news.

The Unbearable Heaviness of iTunes

Vlad Savov at The Verge asks how many Apple engineers does it take to fix iTunes?:

In the ranking of unpleasant life experiences, using Apple’s iTunes lies somewhere between filing your taxes and having your wisdom teeth pulled out. It’s not good even at the best of times, but two weeks ago it was downright harmful to one James Pinkstone of Atlanta, who found 122GB of his own musical creations had been deleted by Apple’s renegade software. The response from Cupertino has been swift and decisive, with two engineers being sent out this weekend to diagnose the cause of Pinkstone’s agony and try to fix it.

The problem with iTunes is that iTunes does waaaaaay too many things now. It manages not just your tunes, but your movies, podcasts, apps, and, if you like, your iPhone/iPad syncing (I rarely use iTunes to sync my iPhone).

Originally, iTunes handled your music, and then syncing your music to your iPod. It’s actually doing the same thing now, only with many more different media types for multiple devices.

Something clearly has to change, whether it’s rebuilding iTunes from the ground up, like they did when they scrapped iPhoto for the new Photos app or breaking iTunes up into discreet applications for different tasks/media types.

And if that ill-informed New York Times article is correct in broad strokes, which is a big “if” given how much it got wrong about Apple’s role in podcasting, big podcasters want Apple to add more behavioral data and creepy tracking to the Apple Podcasts app, then share the data with them. I wouldn’t hold my breath on that.

By the way, while I often get pitched on garbage podcast-listening-behavioral-data integrations, I’m never adding such tracking to Overcast. Never. The biggest reason I made a free, mass-market podcast app was so I could take stands like this.

Big podcasters also apparently want Apple to insert itself as a financial intermediary to allow payment for podcasts within Apple’s app. We’ve seen how that goes. Trust me, podcasters, you don’t want that.

It would not only add rules, restrictions, delays, and big commissions, but it would increase Apple’s dominant role in podcasts, push out diversity, give Apple far more control than before, and potentially destroy one of the web’s last open media ecosystems.

I agree with Arment. Be careful what you wish for.

You don’t hear these complaints from less popular, underdog podcasters, like me. I’ve been producing my (sometimes) Weekly Exhaust podcast for over a year with my co-host Bryan, and it’s hard work, but that’s how it goes. Anything worth doing takes hard work. It takes me having to figure out how to market and advertise my podcast to get exposure.

Apple Inc. is planning sweeping changes to its year-old music streaming service after the first iteration of the product was met with tepid reviews and several executives brought in to revive the company’s music strategy departed.

Weekly Exhaust Ep. 52 – I’m Glad You Got That Squirrel Off Your Face

This week Mike and Bryan talk about the crap-tastic new Ghostbusters trailer, Donald Drumpf, and some other stuff. 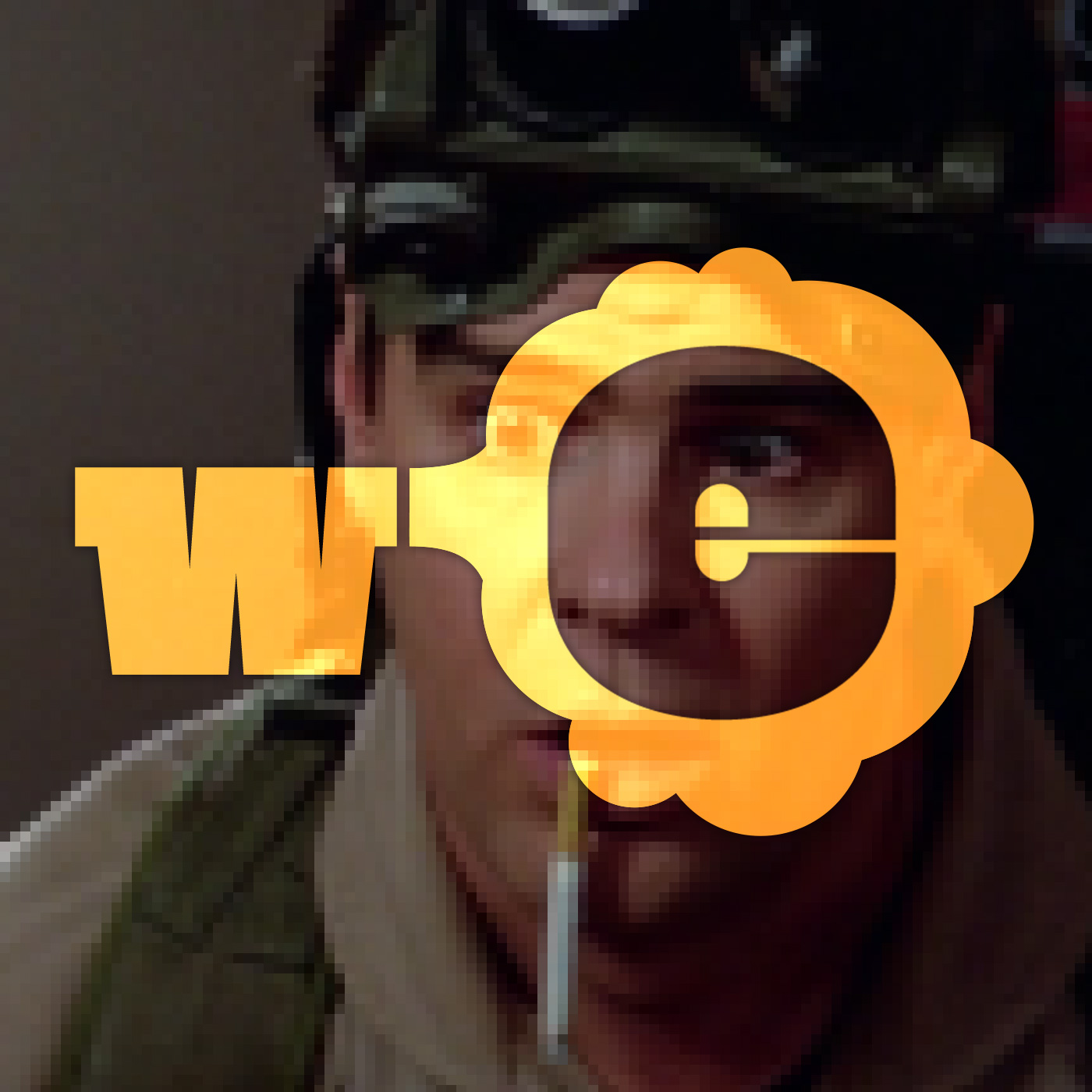 The Godfather Trilogy is only $10 in the U.S. iTunes Store right now.

Weekly Exhaust Ep. 44 – Where I Use the Word Lollygag

This week (recorded 11/1/15) I rant to myself about San Francisco’s crap subway (aka BART), the bicycles on BART, dicks that don’t give up their seats for ladies, the lack of hustle in SF commuters, spineless SF drivers, people not wanting to pay for good design, the World Series, and New Jersey. This episode opens with a clip from A Streetcar Named Desire. 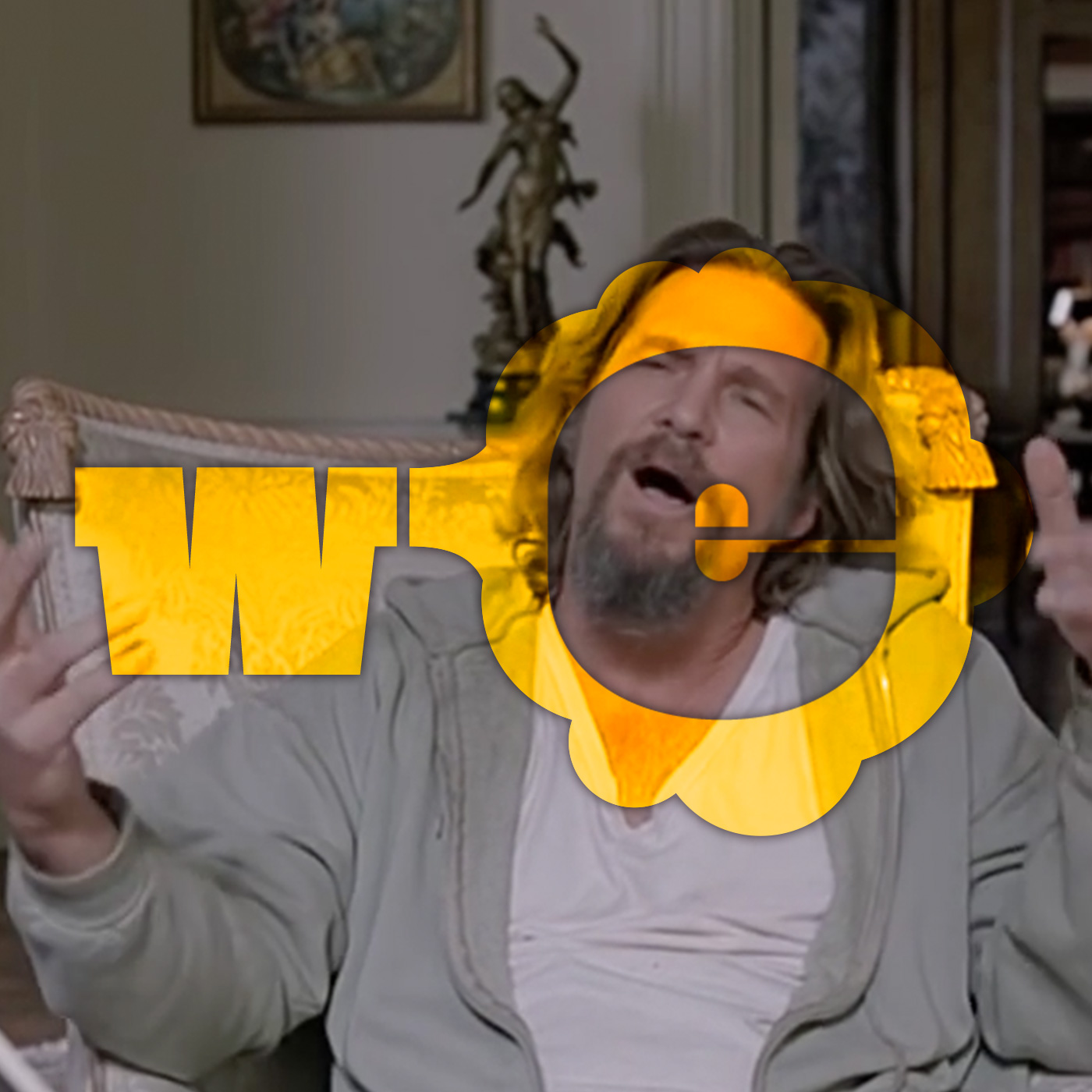 [… ] when one of your flagship software applications is assigned in schools as a case in feature bloat, it’s crossed some threshold for acceptability.

The student redesigns can be seen here. It’s student work, so they’re not all winning designs but I agree with Khoi: Apple needs to fix iTunes.

As someone who has taught design at the college level, I love having students redesign existing websites/services. It’s a great exercise in problem solving.

An obituary for iTunes by Adam Clark Estes at Gizmodo:

It was swift and relatively painless. On June 30, 2015, iTunes gave birth to Apple Music, a much-awaited and disappointing pay-to-play streaming service. By this time, iTunes was in poor health, due to the viral popularity of streaming music services. Apple Music, I thought, would bring new life to the tired program. I was wrong.

At first, I welcomed Apple Music’s arrival to the world, realizing that it could make or break iTunes. I hoped iTunes would feel young again, fun again. But the opposite proved true. A few weeks after Apple Music was born, it was apparent that it couldn’t save the addled iTunes.

When you combine iTunes and the Music app on iOS, the situation is almost to the point of being untenable for me.

Does Apple decouple iTunes from Apple Music? Make separate apps for audio and video? I don’t know. All I know is on it’s current trajectory, iTunes (and Music app) is not working.

I love Apple. I love them because they take difficult problems and come up with innovative, simple solutions. The things they make just work and we trust them. Unfortunately, my experience with Apple Music has been exactly the opposite. As of today, I’m missing about 4,700 songs from my library with little hope of getting them back.

I had high hopes for Apple Music. I really wanted it to work and become my default music streaming service, but after the problems I’ve experienced over the last couple of weeks, I’m disabling it altogether.

When I first started using Apple Music a few weeks ago I enabled “iCloud Music Library” when iTunes first asked me. Then I noticed duplicate tracks for some of my albums. Then I started reading horror stories of other people experiencing the same thing. THEN I turned iCloud Music Library the fuck OFF.

Luckily for me it had only messed up around 100 tracks and I was able to fixed most of the errors by restoring my previous iTunes Library file (iTunes Library.itl).

I also have backups of my music.

I feel bad for Jim, but he should have had backups of his music too.

Apple introduced podcasting to iTunes 10 years ago this month.

Prior to that, when someone wanted to cast a pod, they didn’t know how to.

My friend Byran and I have been casting pods for a little over a year on a semi-regular basis on Weekly Exhaust. Sometimes talking continuously for an hour isn’t as easy as it seems but I think we’ve gotten a lot better at it. It’s actually kind of fun.

After we finish our Skype call, I take the audio files into Garageband and edit them. For a while I was starting each episode with the sound of the exhaust from a classic car, now it can be anything: an old FM radio clip from the 60s or a piece of dialog from a movie we talk about on that episode.

In way, it brings me back high school, when I used to make mix tapes for myself or a girlfriend. I didn’t just slap songs back to back and call it a day. No, I had figured out how to hook up my VCR into my stereo so I could put snippets of movie dialog between each song (listen to the soundtrack to Pulp Fiction to get an idea of what I’m talking about).

Weekly Exhaust is also the only podcast I know that updates it’s cover art every episode (not that I’ve listened to every single podcast). 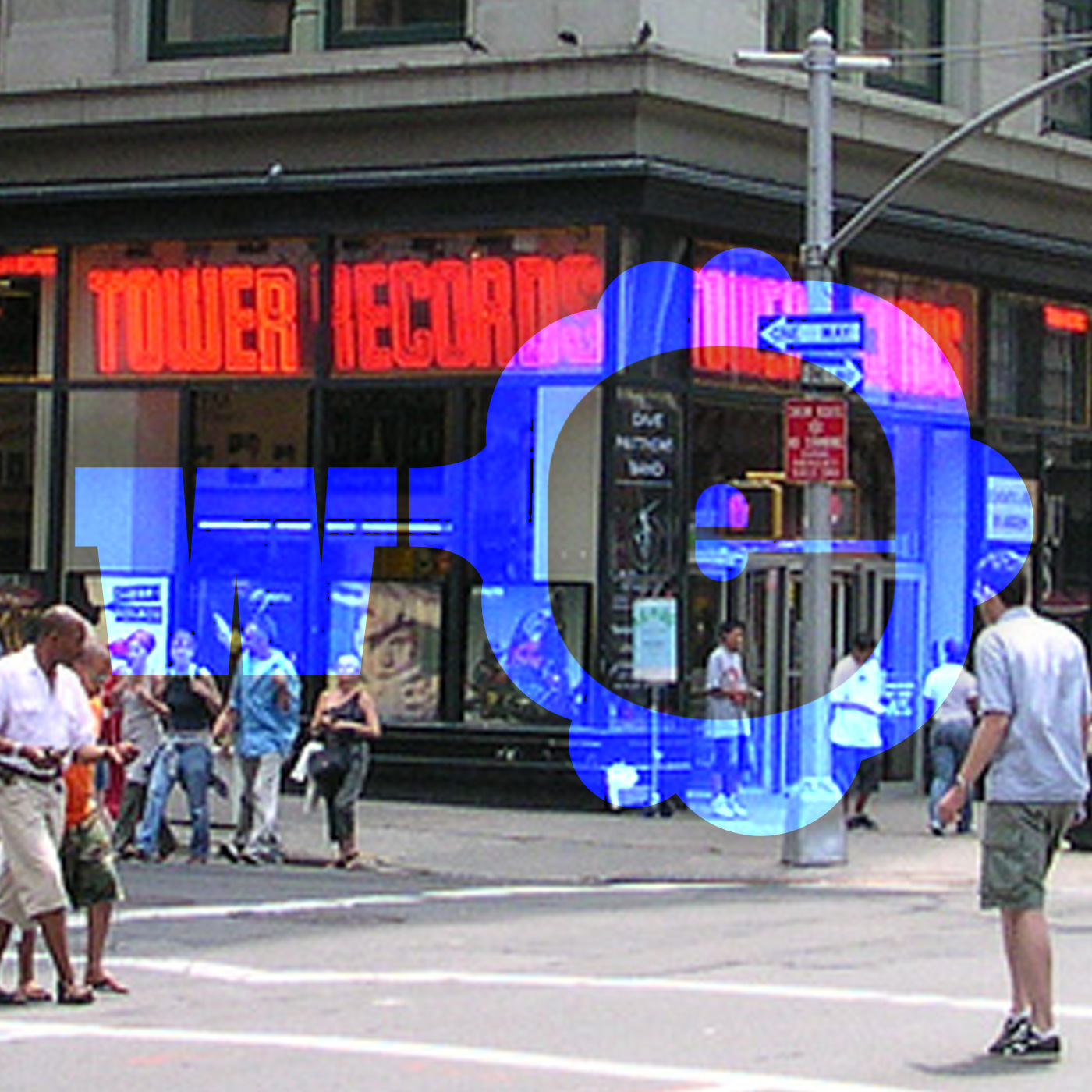 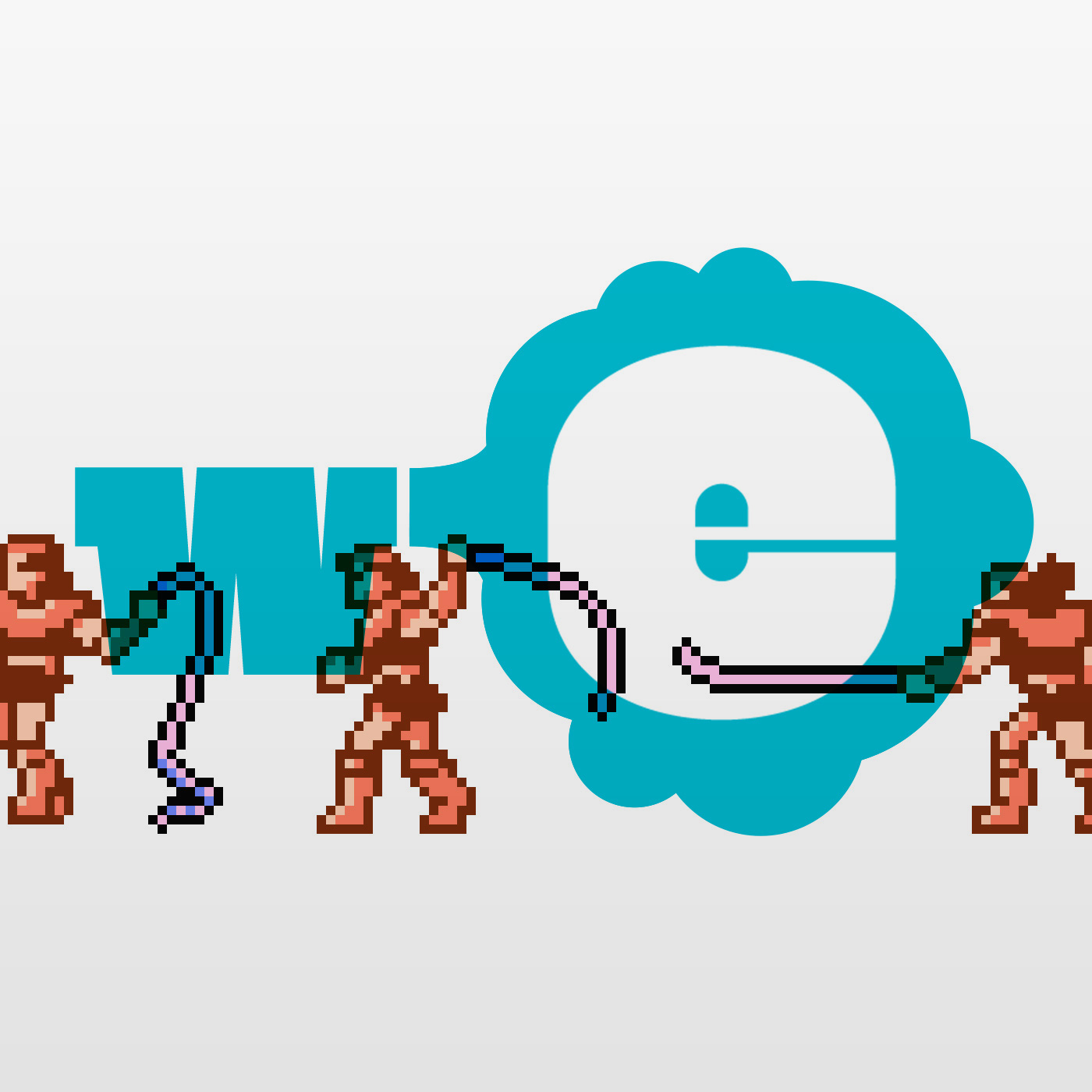