This headline from Engadget says it all:

How about that. The SOFTWARE company founded 44 years ago by Bill Gates is making better hardware than software in 2019.

I’ve always contended Microsoft made great mice, but this is next-level irony.

The future of Sketch

Geoff Teehan interviews Sketch founder Pieter Omvlee and asks him if he’s ever been tempted to take on outside investment:

No. I’ve never been tempted. We are self-sufficient and profitable. If I were to take on an investment it would mean handing over a sizable portion of the company to an outside investor who would understandably expect a large return on their investment, maybe via avenues I might not agree an in the broader best interest of Sketch. I want to keep growing the company in a way that I see fit, and I don’t want to have the added pressure from someone who might expect more from it than I may even myself. Plus, with that money, I’d probably be expected to grow at a rate that I might not agree is best in the longer term. Similarly, I don’t want to be forced to hire so many people that we’re not profitable, and then only to be forced to take on more funding. We would probably quickly be expected to go from 6 developers to 20 or 30 — and that’s something that I don’t think is wise at this point in time. So in short I don’t currently see the benefits of taking outside funding.

This is great if Sketch can maintain independence, but there’s also a lot to be gained by taking on outside investors. Money doesn’t solve all problems, but with the right leadership and processes in place, you have the potential to make a lot more progress, and make it more quickly.

As Goeff reminds us in his interview, Sketch is eating into Adobe’s lunch and now Adobe has released a Sketch competitor called Comet. Time will tell if Comet gets traction in the marketplace, but Adobe can put hundreds of developers on Comet to make Sketch go away.

To build world class design software with a current team of 6 developers (!) seems untenable, but I’d love to be proven wrong. 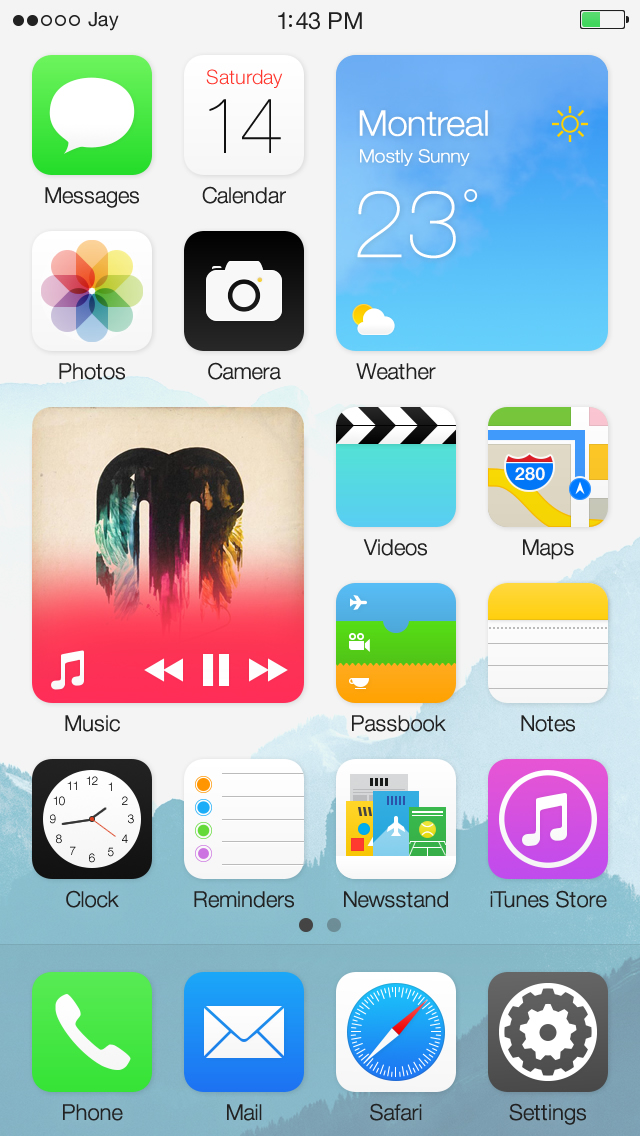 Microsoft: We Finally Get It

I finally got around to watching Microsoft’s Windows 10 Devices Event (nope, they’ve haven’t shaken their addiction to long names). What i saw is a company just discovering all the amazing things that that are possible when you design hardware and software together. The presenters seemed drunk giddy with excitement showing off all their products. And why shouldn’t they?! Proudness is what happens when a team comes together and makes something great. Check us out. We made this. Together. And it’s awesome.

The Only Way Out Is Through

I wonder how many current and former Microsoftians are kicking themselves for not owning the full hardware/software stack sooner, like Apple. You know what? Scratch that. Probably very few. Hindsight is 20/20.

The truth is Microsoft had to go through this journey of licensing a powerful yet tasteless and derivative operating system, and robust office suite, to corporations for decades—leveraging their weight and muscle when necessary—until the day they realized they were not equipped to make truly “personal” and mobile computing experiences people would love to use inside and outside the office.

Once Microsoft had this realization—this is after Ballmer dismissed the original iPhone as a threat—Apple’s iPhone and iPad trojan horses had already infiltrated corporate America. I saw it firsthand as a design consultant for Bloomberg in Manhattan in 2008-9. I watched senior VPs roll into meeting with iPads on their laps while we presented our work. In the past (pre-iPhone) corporate IT departments could shoo off the occasional request for pesky Mac assistance, but you can’t pull that shit when C-suite men and women are ordering you to, “get my iPad and iPhone on our network. NOW.”

Hey Guys, They Get It!

It’s taken Microsoft 40 years to realize the true potential of their software. They’re not turning a blind eye and hoping OEMs make the best hardware they can possibly make.

Microsoft now understands why Apple has been spending all these years monkeying with stupid bezels, clickwheels, and aluminum finishes, and designing not just thoughtful but beautiful software experiences. Microsoft now wants to make their own multitouch screens and keyboard cases and styli that communicate and integrate seemlessly with their operating system. If I had to give Microsoft a new tagline it would be: We Finally Get It (hat tip to The Motherfucking Editor).

Panos Panay did a great job as the main presenter. You could feel how genuinely proud he was of all the hard work that went into their Bands, Lumias and Surfaces and the how well the software was integrated into the hardware. Seeing him on stage bragging about the thinness of the new Surface and the feel of the new keyboard covers, I felt as though I was watching a company graduating from Apple Boot Camp. He showed off their new ads throughout the presentation, just like Apple has been doing for decades. He held up his Lumia phone to the audience. When he handed out Surface Pros, I was reminded of Steve Jobs handing out empty, unibody MacBook Pro shells in 2008 (jump to the 24:50 mark).

I don’t follow sports but I but shamelessly consider myself on Team Apple and I indulge in any and all Microsoft schadenfreude I can get. I despise the old, 800-pound gorilla version of Microsoft but I am slowly coming around as I see them taking product design seriously and not muscling their way into market segments just because they can.

It feels good to see your team on a winning streak, but it’s even better to see them up against a worthy opponent who gives them a run for their money.

We’re seeing a glimpse of that with the new Microsoft.

Sometimes Enough Is Not Enough

Despite all the huge strides Microsoft has made in the last few years to reinvent itself and adapt to the changing tech landscape I’m not convinced it’s enough get what they want.

Actually, what do they want?

Do they want to regain the size and influence they once had in the software world? Highly unlikely. The world was much smaller when Microsoft ruled to the roost. There was no Google, no Apple and none of the numerous small-to-medium size technology companies all over the world creating amazing hardware and software. Can and will they continue to contribute? Absolutely.

If they’ve come to terms with the fact that they’ll never be the giant they once were, are they truly committed to building amazing, integrated software and hardware experiences, potentially at the expense of unit sales?

This last question is tricky to answer because although they’ve graduated from Apple Boot Camp and fancy themselves newly minted product design Jedis, they don’t live in Apple’s world. They’re still licensing Windows to OEMs like Dell, Lenovo and HP.

This is akin to Porsche building the best cars they can possible make and also licensing their engines and name to Kia, Hyundai and Toyota.

This last, very minor point around Windows licensing tells me Microsoft hasn’t pushed all its chips in.

Microsoft finally gets it.

An Update on the Kindle Update

Kindle for iOS, version 4.2 was released the other day. New features include easier access to the table of contents of books, and something called X-Ray Smart Look-Up. It’s a welcome addition, actually. But, has continuous scrolling, one feature that has been missing for years, been added yet?
No, it has not.