Everything is a Remix

My Kickstarter project, Charms, Quivers & Parades was successfully funded on February 25th, 2014. Now that I have shipped all the rewards to my backers, it’s time I give back.
I’m sharing all of the vintage animal illustrations I used for the project (save for 2 I bought from stock image websites). You can download the zip archive of Illustrator files at The Combustion Chamber.
I’ve released these under a public domain license. Why a public domain license? They were never mine to begin with. Like a hip hop art remixing old Motown riffs, I discovered these late 19th/early 20th century images and remixed them in my art.

Every time I see the Moto 360 Watch I’m reminded how bad a Fail it is.
The fact that the screen isn’t even 360 degrees is beyond comical.
It’s like they tried to design a beautiful car and released it to the public with no paint on one door. 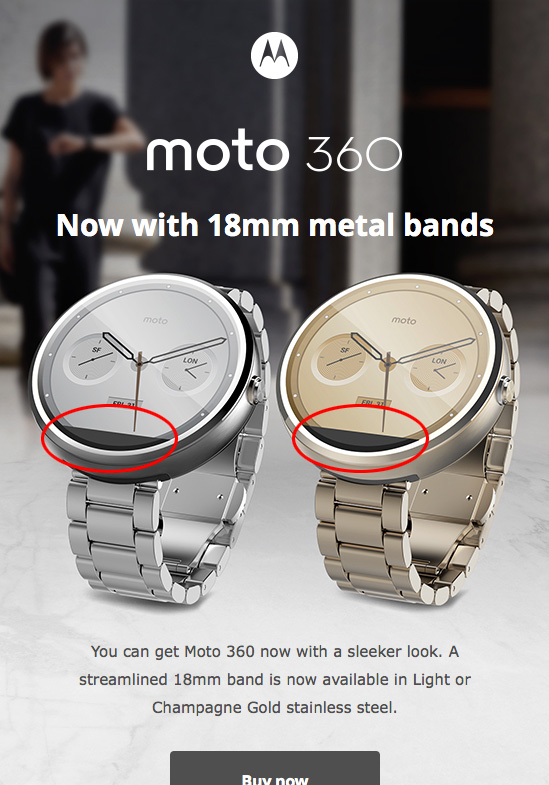 From a great New Yorker piece from 2011 on crowd psychology:

The origins of the term Black Friday are obscure. Some think that it was first used by the police in Philadelphia to describe the snarled traffic and sidewalk hassles that came with the day after Thanksgiving and crowds arriving for the city’s annual Army-Navy game. Others have defined Black Friday as the day that merchants’ balance sheets crossed over into the black. Either way, it is now a de-facto national shopping holiday. On TV, images of people racing through the aisles of stores for sale-priced items, in a sort of American Pamplona, have become as much a part of the day after Thanksgiving as leftovers. Shoppers get discounts, programmers get some lively content for a slow news day, and retailers get free publicity: a good deal for everyone, except for the clerks who have to work that day, breaking up fights among shoppers and cleaning up the mess left behind.

There had been injuries on previous Black Fridays, but no one had ever died before Jdimytai Damour went down in the Valley Stream Wal-Mart. His death, and the “Wal-Mart Stampede” that caused it, was the lead story on news channels across the country that evening, and it provoked a vast outcry of horror. In days of commentary that followed, the crowd was widely vilified. The tone of much of the reaction was captured by a letter writer to the New York Post, who blamed “the animals (you know who you are) who stampeded that poor man at Wal-Mart on Black Friday: You are a perfect example of the depraved decadence of society today.”
To be clear: we are all animals. Rich, poor, black, white, Latino, Chinese, Indian, —every human on every continent is an animal. Whatever humans are orbiting in space are animals too.
We like to think of ourselves as these evolved beings with smartphones and clothing, the smartest creatures on Earth. What we usually don’t bother to acknowledge our animal instincts. Our survival instincts for food and shelter and sleep. The fact that we make many day-to-day decisions in life based on irrational reasons.
Underneath our higher brain lies the lizard brain, the emotional brain we can’t control.
I think it’s reckless for any business to have events without proper understanding of crowd psychology and without implementing proper measures to avoid bullshit like stampedes and looting.

What’s the stylus good for? According to Microsoft’s TV ads, it’s good for circling things. I know because I made the positive life decision of watching every advertisement Microsoft’s made for the Surface, from the ones that aired on TV, to the multi-minute-long ones the company uses to pitch businesses.

—The Verge: Microsoft can’t explain why its Surface tablet needs a pen

I’ve never seen a compelling use for a stylus, save for actually drawing and making art with it. If I had to get a stylus, I’d get the Pencil from FiftyThree.

Life is a series of algorithms…

Derek Thompson at The Atlantic on The Shazam Effect:

Culbertson wanted to check up on SoMo, an R&B singer from Denison, Texas, whom Culbertson had helped sign last year. Culbertson zoomed in on Victoria, Texas, a small city between Corpus Christi and Houston, where one of the radio stations had started playing a SoMo single called “Ride.” Although a town of just 63,000 won’t launch a national hit by itself, Culbertson was using Victoria as a sort of testing ground to determine whether the song would resonate with listeners. “ ’Ride,’ ” he told me, “is the No. 1 tagged song in Victoria.”

Pop music is a sentimental business, and predicting the next big thing has often meant being inside that crowded bar, watching a young band connect with the besotted, swaying throng. But now that new artists are more likely to make a name for themselves on Twitter than in a Nashville club, Culbertson is finding that the chair in front of his computer might be the best seat in the house.
It’s not that I don’t want talented artists to get recognized, but there’s no gestation period anymore. Artists immediately go from underground and undiscovered to Top 10 and played to death, over and over on TV and radio (and Spotify).

MIT Technology Review headline:
Apple Issues Strict Rules for the First Watch Apps
Starting out small and conservative is a smart way to develop a product. It’s just as valid for a company like Apple as it is for a someone in his/her apartment launching a Kickstarter project. Your vision can still be grand, just don’t try to do everything right from the beginning.
Developers building Apple Watch apps might be frustrated by this, but tough shit. Patience is a virtue.

From one of the best rock albums of the late ’80s.

Those usability issues I had with the Music Player in iOS 7 last November? Yeah, they still exist.

Weekly Exhaust Ep. 22: I Kinda Feel Like Interstellar Roofied Me 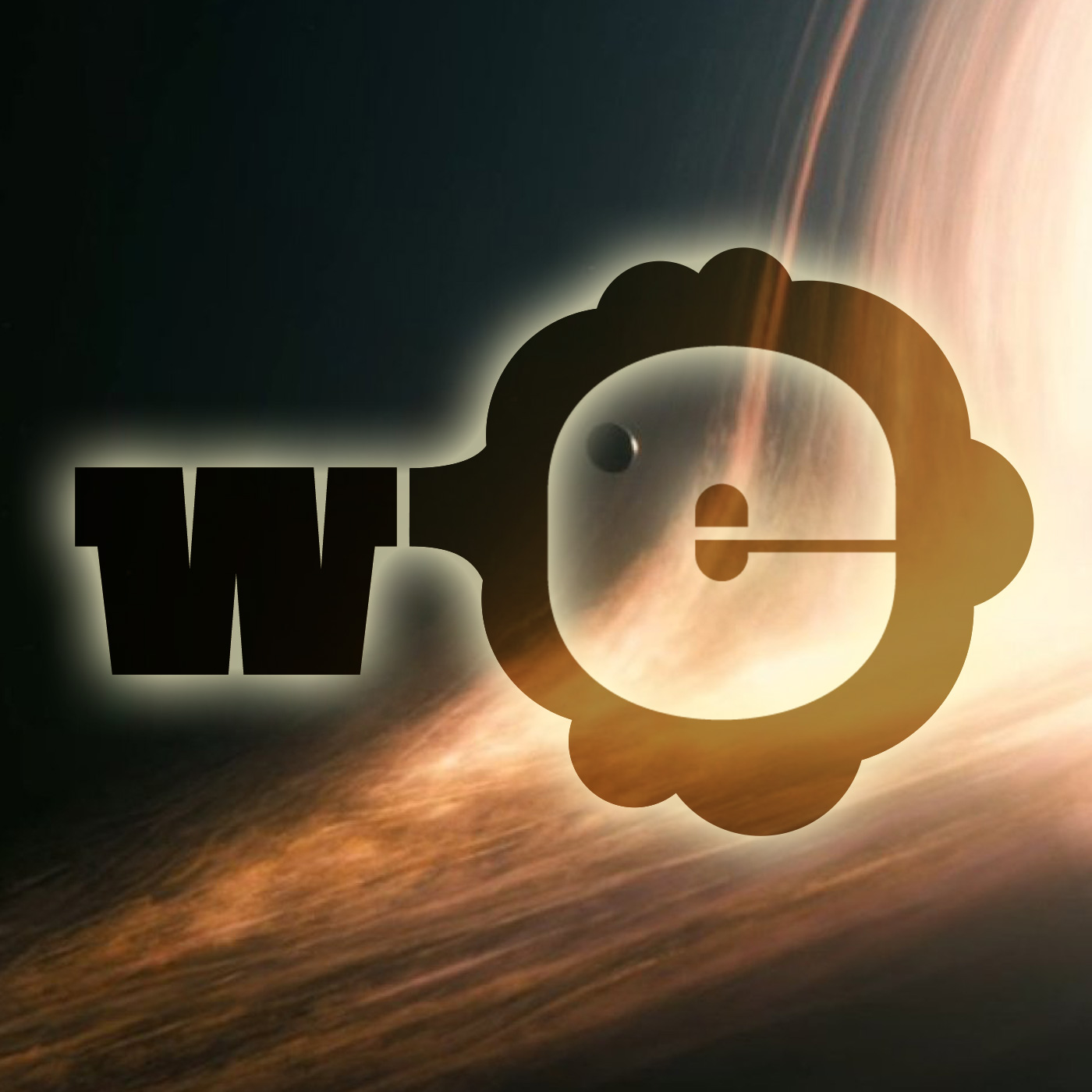 Verge headline: Uber allegedly tracked journalist with internal tool called ‘God View’
A company that tracks all their drivers via GPS has a ‘God View’ they can enable.
Fucking shocking. Next thing you’re going to tell me is Google could read my email if they wanted to, or Facebook sells my data.
The fact that Uber has this feature at their disposal is not surprising, it’s how they’re using it that matters. In light of all the bad decisions they’ve been making lately, this story isn’t helping.

Seth Godin’s post from this morning is all the more appropriate in light of Nokia’s new N1 tablet:

John Koenig calls it vemödalen. The fear that you’re doing something that’s already been done before, that everything that can be done has been done.

Just about every successful initiative and project starts from a place of replication. The chances of being fundamentally out of the box over the top omg original are close to being zero.

A better question to ask is, “have you ever done this before?” Or perhaps, “are the people you are seeking to serve going to be bored by this?”
Led Zeppelin, The Rolling Stones, Bob Dylan—they all imitated, and in some cases stole from folk and blues musicians, but at the end of the day, their music ended up being bigger than the sum of the parts.
Even in the realm of blogging, I used to worry about repeating myself. I don’t worry any more when I realize Daily Exhaust has been online since 2006 (almost 9 years). There’s new readers every day who have never seen my posts from this past spring, let alone posts from nine years ago.
If something is important to you, talk about it, write about it and make art about it again and again and again.

“Nokia — We Are Shameless”

Not only did Nokia copy the iPad, but they copied Apple’s website for their tablet.

Apple’s page for the iPad Mini: 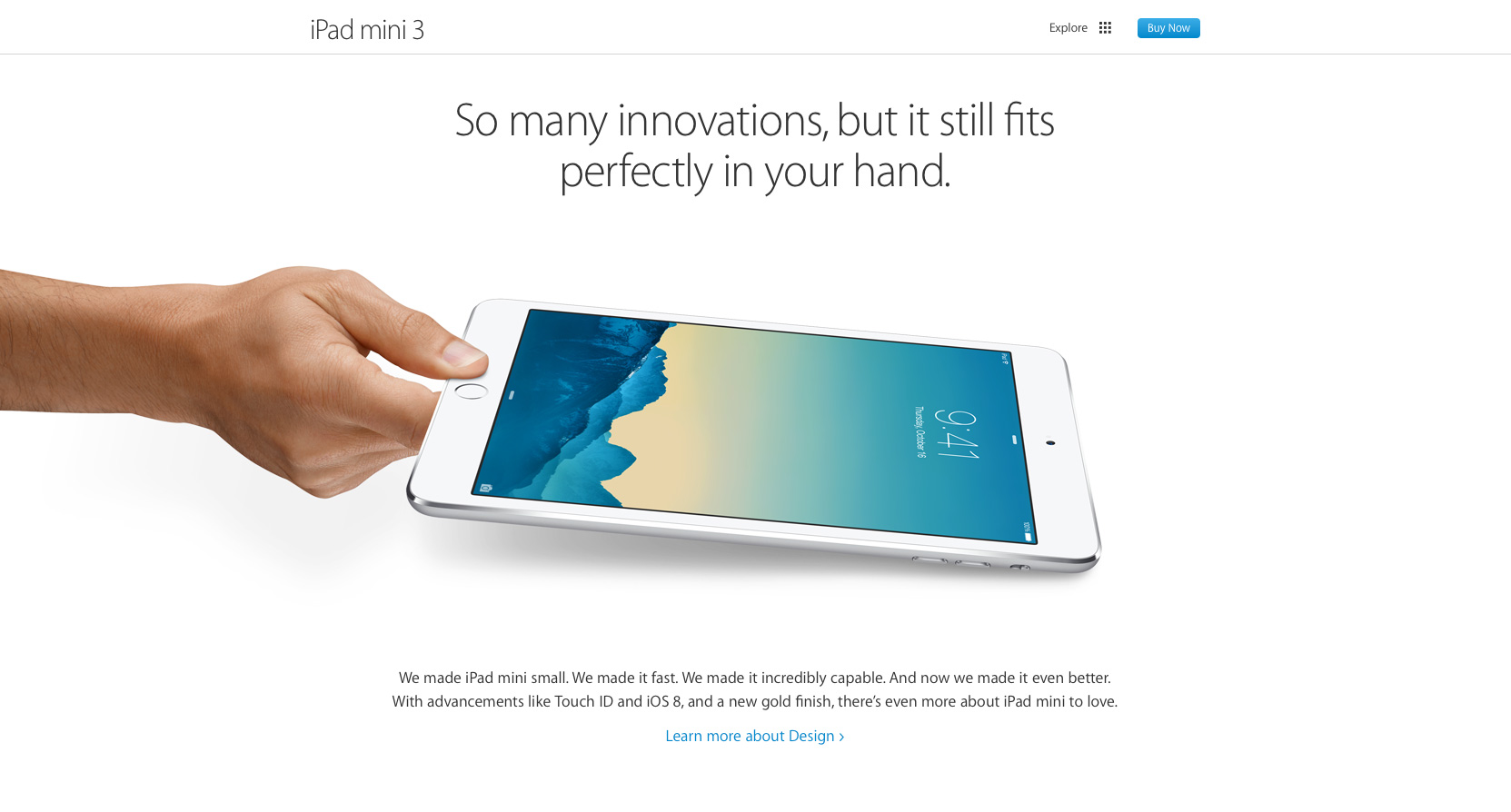 Nokia’s page for their tablet: 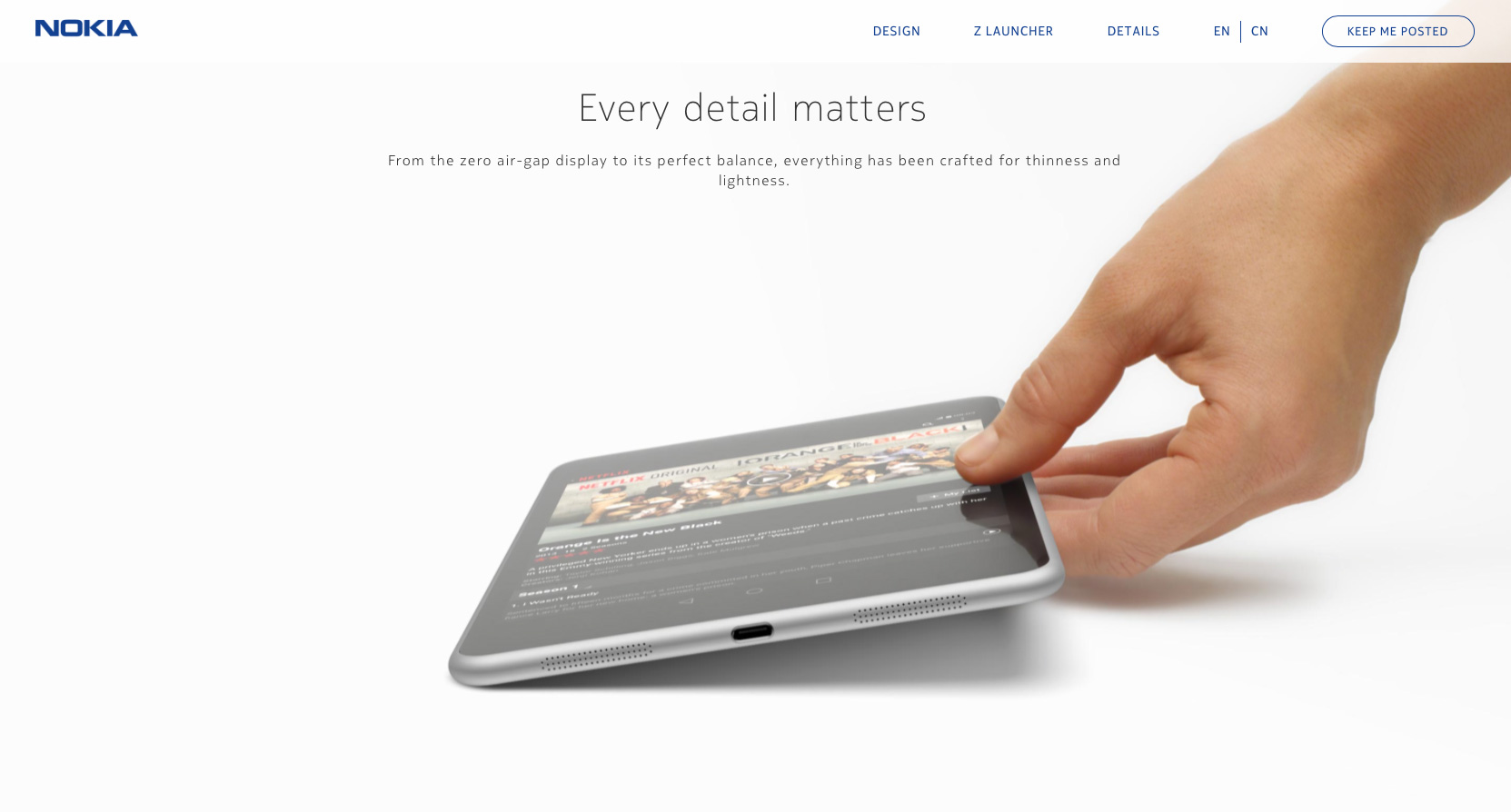 [If you dig Daily Exhaust, check out DE contributors Michael and Bryan on their podcast, Weekly Exhaust]