“such a tool is barely in its trial stages”

Google has announced that it’s partnering with the White House to create a national coronavirus website, which is totally related to whatever the hell the administration was talking about at Friday’s press conference. There, President Donald Trump vastly oversold and misattributed an upcoming, supposedly Google-run project to build a “nationwide” coronavirus screening site to direct people to nearby “drive through” testing depending on their symptoms.

In reality—as Google clarified in a frantic tweet just hours later—such a tool is barely in its trial stages at Verily, Google’s sister-company under the Alphabet umbrella, and it will only be useful for people in the San Francisco Bay Area for the foreseeable future. It purportedly wasn’t even intended to be publically available until White House staff dropped the ball.

A person familiar with the matter told the New York Times that Verily’s pilot program (not a website—that’s still yet to be announced) is planned to launch Monday and can direct Bay Area residents exhibiting flagged symptoms to a total of three testing locations. While still absolutely commendable, don’t get me wrong, that’s still significantly different and scaled-down from what Trump and co. were selling.

Anyone who works on websites and apps knows no one, not even Google, can launch a nationwide website in few days, or a few weeks. There’s many moving parts: design, development, databases, security, redundancy, HIPAA Compliance, and testing/QA to name just a few.

Ibrahim Diallo recounts the time he charged $18,000 for a static HTML page.

Great story, but I have one question for Ibrahim: why the fuck did you not revise your estimate after your 20 hours were spent?

Alex Stamos, the recently appointed chief security officer at Facebook, has called on software company Adobe to announce an “end-of-life date for Flash.” In a pair of tweets sent over the weekend, Stamos echoed a number of recent complaints from the security community that the software has become the vector for just too many hacking vulnerabilities.

Adobe Flash has become the grandpa you cant leave home alone. It’s best days are behind it (as far as the Web is concerned) and it’s just too much of a liability.

“Holy shit, Grandpa tried to make tea, but he burnt down the house!!!”

I’ll remember the good days, though, Flash. Flash was one of the primary applications I had open every day from 2000 until around 2008. It gave us designers the ability to use any typeface we wanted on websites, create video backgrounds, and make truly immersive experiences—like the ones you can do today in HTML/CSS/JS.

Once the iPhone came out, though, its days were numbered. Flash was never designed to run (efficiently) on a mobile phone.

Side note: I’m talking trash about software here, but the law could be extended to all dashboards.

Take car dashboards for example. They use vast amount of real estate to display information that is useless 99% of the time. How often do you need to know the RPM on an automatic car? Can’t you just take that stupid dial out and put something useful instead?.
They also employ UX techniques that dates from a time where the only UI component you can use was a light bulb. If that red thing is critical, can’t you tell me right away what it means?
I have knack for sniffing out good design links that reference cars or car metaphors.

I like the New York Times redesign. The text looks great and I’m a big fan of white space. But, they went to all that trouble to redesign their site and left a whole bunch of icons and logos scattered throughout that are still 72dpi, i.e., too low-res for retina and other higher resolution screens. Come on, fellas, there’s no excuse for that. Here’s an image I captured on an iPad with some problem areas highlighted. Maybe you’ll be able to see the issue on your screen, maybe not. 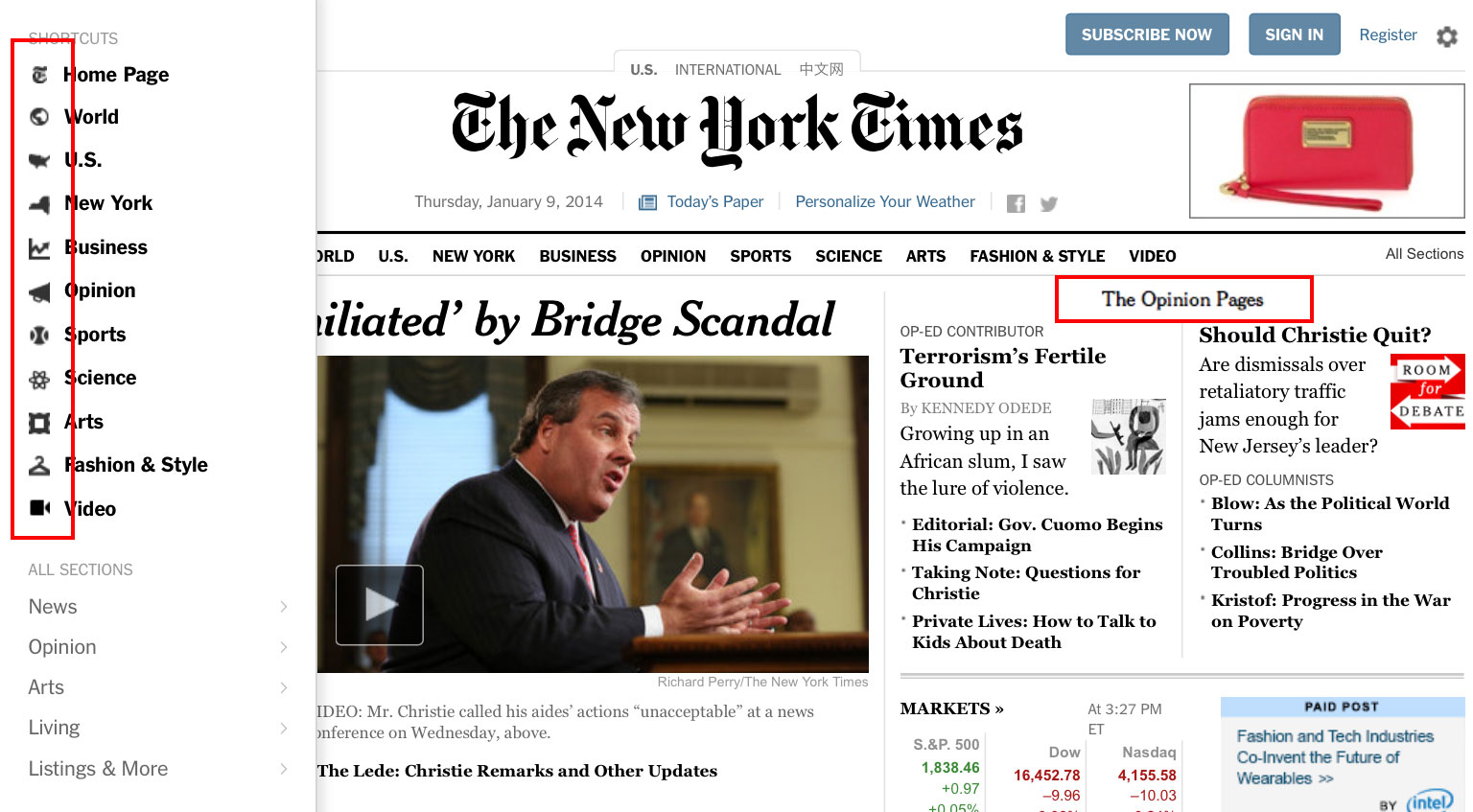 After the hugely successful Hand & Arrow Cursors post that went viral a few weeks ago thanks to swissmiss and Michael Surtees, I decided to follow up with a iconographic exercise with the OS X ‘Mickey Mouse glove’ hand cursor.

There’s 12 versions of the hand:

I’ve gotten a few requests already for the *shocker version. I’d like to keep this post PG-rated. I think there’s enough reference material to make your own versions. 🙂 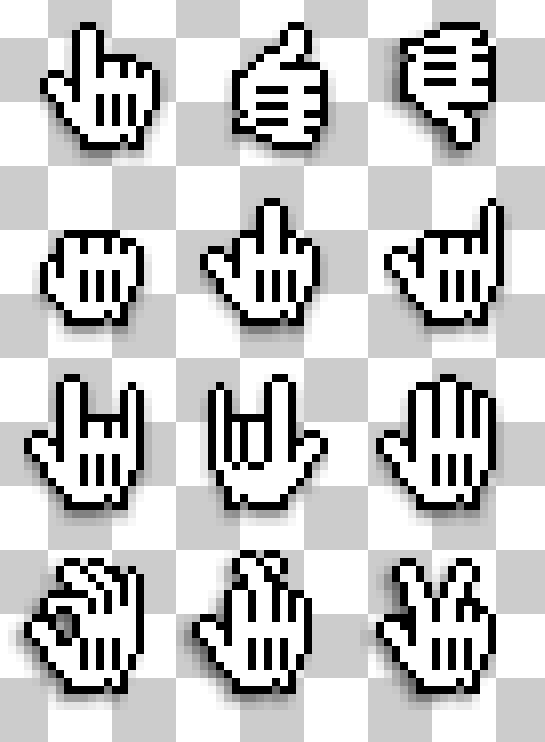