The GIF Survey is complete. In just under a week, 1,457 people gave their answers on how they pronounce the acronym, and their perceptions of the rightness of that pronunciation. I thought that, today of all days, it made some sense to share the results of a far less momentous poll.

For those who missed, it, how this survey worked was that the first question was: “How do you pronounce GIF?” To this, the choices were:

Upon answering this, respondents moved on to a section that asked three optional demographic questions: age, gender, and race/ethnicity, all as open text fields. These had about a 16% skip rate, and about a 4% ‘faithless’ response rate; that is, answers that were clearly jokes, insults, or other explicit refusals to answer the question as intended.

Once the demographic questions were answered or skipped, there was a final question: “How do you pronounce GIF?”, exactly the same as the first question of the survey. Only this time, the options were:

For both pronunciation questions, the answer order was randomized so as to avoid any first-choice advantage. The demographic questions, being open entries, didn’t have options to randomize.

Spoiler: The obviously correct way to pronounce ‘GIF’ is with a Hard G.

It might make you Limp-G people sleep better at night if you think of yourselves as ‘underdogs’, but deep down, you know you’re wrong. 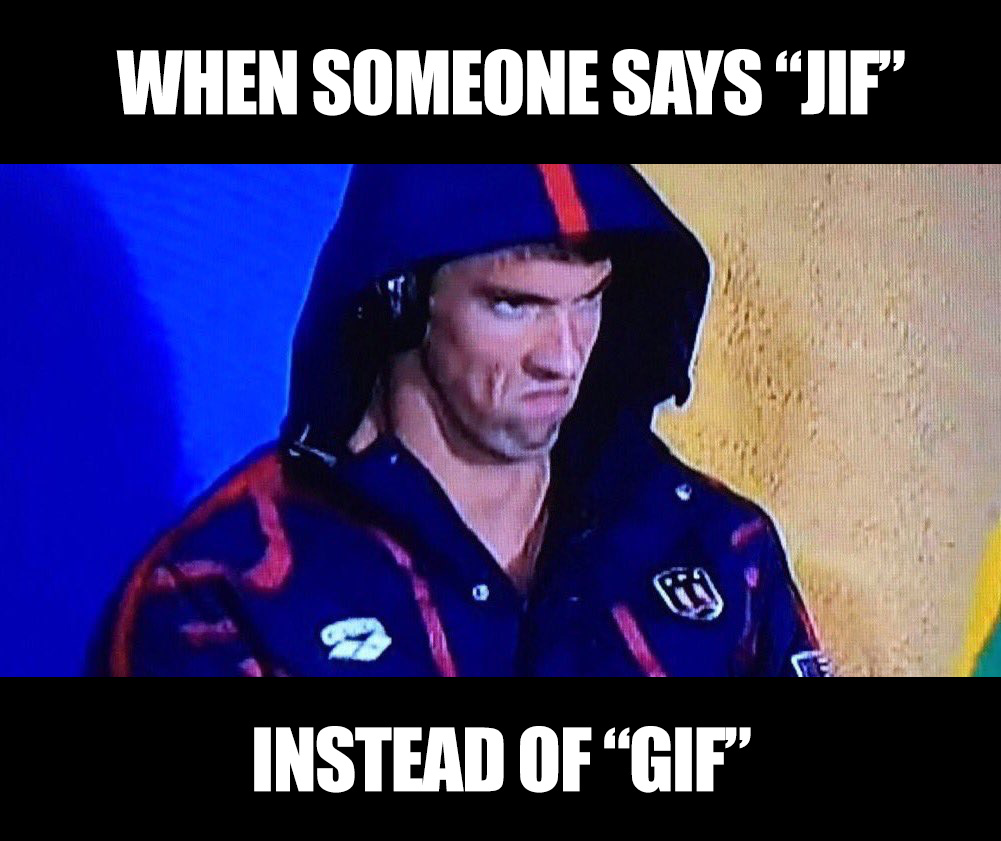 I’ve been pronouncing it WAY-com all these years. Oh well.

GIF still has a hard G. Always has. Always will.

Are Penguins Even Real?

Welcome to my Nightmare!

Now you can take a month-long class on making animated GIFs.

The future is now, or something.

Spot on, I would say.

more than a photo but less than a video

If you’re an image junkie like me, this means you’ve known about FFFFOUND! for a while and you regularly follow Tumblr and Posterous blogs, or you have one of your own.

This also means you know the animated GIF.

Like it’s more technologically advanced cousin, Flash, the animated GIF started off life getting a bad reputation for being the driving force behind obnoxious, animated banner ads. Like Flash though, the animated GIF was discovered by artists and designers as being capable of much more than selling stuff.

Co.Design has a great post on the work of Jamie Beck and Kevin Burg.

They call their animated GIFs ‘cinemagraphs’ which are, in their words, “something more than a photo but less than a video.”

Another great source of cinegraphs is, if we don’t, remember me.

Like the work of Beck and Burg, the slivers of cinema on IWDRM aren’t just sequences exported from the films. If you look closely at the GIFs, only one element has been isolated and animated, giving them a completely different feeling than many GIFs that feature excepts from films. I discovered IWDRM last year and I’ve been collecting their GIFs ever since.

Here’s one from Fear and Loathing in Las Vegas:

And another one from The Shining:

Perhaps this GIF renaissance has to do with that fact that we’re all moving onto mobile devices like iPhones, iPads where Flash was never designed to work well and thus, has been banished. And if it hasn’t been banished it doesn’t work well.

While expression, storytelling and animation are possible now with the emergence of HTML5 and advanced Javascript classes and frameworks, there’s something beautifully simple about the animated GIF. It requires no plug-in and works as good now as it did 14 years ago when it was conceived.

It’s an autonomous nugget of awesomeness.

An airstream camper of expression.