I think Tim Cook is a great CEO and Jeff Williams is a great COO. But who’s in charge of product design now? There is no new chief design officer, which, really, is what Steve Jobs always was. From a product standpoint, the post-Jobs era at Apple has been the Jony Ive era, not the Tim Cook era. That’s not a knock on Tim Cook. To his credit, Tim Cook has never pretended to be a product guy, which is exactly the hubris that John Sculley succumbed to back in the early ’90s, leading to the Newton being launched far before it was ready and the Macintosh platform languishing.

My gut sense for years has been that Ive without Jobs has been like McCartney without Lennon. Or Lennon without McCartney — take whichever analogical pairing you prefer. My point here is only that the fruit of their collaborations were, seemingly magically, far greater than the sums of the duos’ talents and tastes.

It’s too soon to know anything. As Gruber mentions, Apple’s product roadmap stretches at least 5 years into the future, and in that time Apple will figure out a replacement that makes sense. Or they won’t. Who knows. I don’t.

…and then I read John Siracusa’s tweet and I can’t un-see it:

Steve Jobs had an ego the size of California and he could be a salty motherfucker, but he would admit to a fuck-up if he had to. He did it (begrudgingly) in 2010 in response to the antenna issues in the iPhone 4, otherwise known as “Antennagate”.

As Gruber mentions, Ive no longer has a Lennon to his McCartney, so we never got an apology.

Over at The Verge, Tom Warren confesses he misses Windows Phone not just for the product it was but how it pushed Apple and Google to design better mobile features in their own products:

Windows Phone has arguably changed Android and iOS, though. Microsoft aggressively pursued modern design principles at the time to launch Windows Phone with its Metro design, and Apple responded with iOS 7 and a flatter user interface. Google went one step further, with its Material Design that included bright colors, playful transitions, and a much flatter and simplified interface.

Most of Warren’s points I agree with, except this one.

I think the move from super-shiny buttons and strong drop shadows in iOS 1 through 6 to the flat aesthetic of iOS 7 has more to do with Jony Ives’ own design sensibility rising to prominence after the death of Steve Jobs and the ouster of Scott Forstall than it does with reacting to anything Microsoft was doing.

Given the number of times Microsoft has rebooted Windows Phone, we might see them blaze a trail back to skeuomorphism in the future.

C’mon Microsoft, we’re all waiting for you to dazzle us once again with your legendary design skills.

How Much Does Apple Pay Jony Ive?

The salary of the man who has designed every Apple product from the iMac to the Apple Watch has never been disclosed to the SEC or the press. The last time he filed an SEC Form 4 — required whenever there’s a material change in an insider’s position — was July 2009.

According to Apple, Ive is exempt from SEC rules because he’s not what the commission calls a “Section 16” employee. Despite his title — chief design officer — the company does not classify him as a director or officer of the company.

“That ergonomy is not a new discovery.” 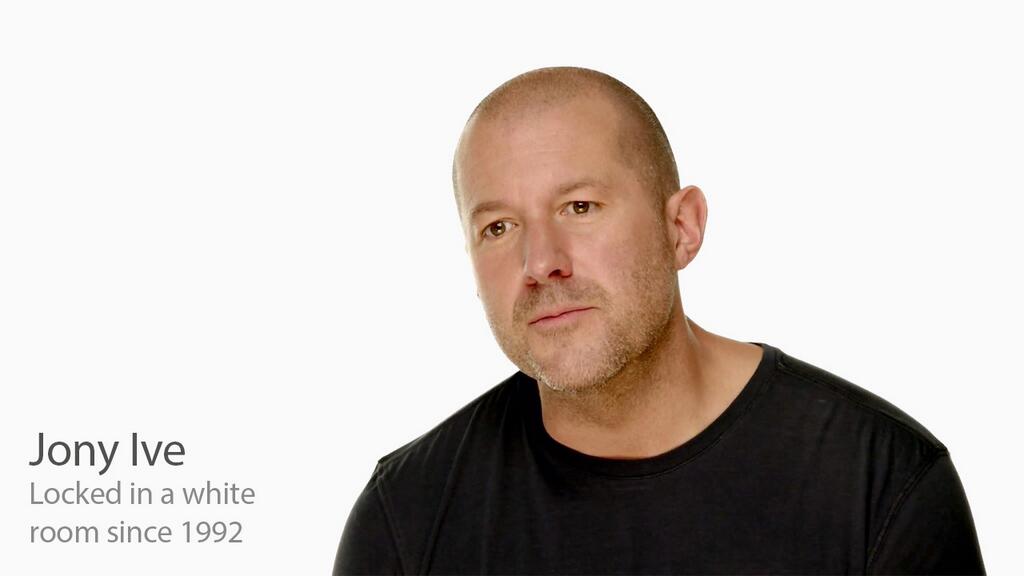