Gutters are for pussies.

Apple’s new flagship retail store in Chicago, the one with a MacBook-shaped rooftop, is nothing short of an architectural marvel. At least, that’s how some news reports put it when the store opened back in October. Beyond standing out among the less inspired buildings of the downtown Chicago area, the new Apple Store also happens to be very poorly thought through considering its thin roof now has dangerous icicles hanging perilously over public walkways.

The deadly ice daggers have forced the closure of those spaces, as pointed out by local blogger Matt Maldre and reblogged by Daring Fireball’s John Gruber. As Maldre explains, the fancy building design, while seemingly in service of Apple’s new “town square” ideal for its retail stores, doesn’t seem to have been designed for the actual city it’s located in. “Maybe next time Apple will consider the actual community where their stores are built,” Maldre writes. “Y’know, basic things like in Chicago, the weather gets cold. It snows. The snow falls off the roof. Don’t design a slopping roof where the snow can’t be caught or guttered off somewhere.”

This article brings to mind a great quote from Steve Jobs, “Design is not just what it looks like and feels like. Design is how it works.”

It also brings to mind another quote from Jobs, “Gutters are for pussies.”

Alright, I made up that last one.

The reason isn’t as simple as Amazon.com Inc. taking market share or twenty-somethings spending more on experiences than things. The root cause is that many of these long-standing chains are overloaded with debt—often from leveraged buyouts led by private equity firms. There are billions in borrowings on the balance sheets of troubled retailers, and sustaining that load is only going to become harder—even for healthy chains.

The debt coming due, along with America’s over-stored suburbs and the continued gains of online shopping, has all the makings of a disaster. The spillover will likely flow far and wide across the U.S. economy. There will be displaced low-income workers, shrinking local tax bases and investor losses on stocks, bonds and real estate. If today is considered a retail apocalypse, then what’s coming next could truly be scary.

Not every mall can get an Apple Store to lift sales by 10 percent.

The Slow Death of Retail 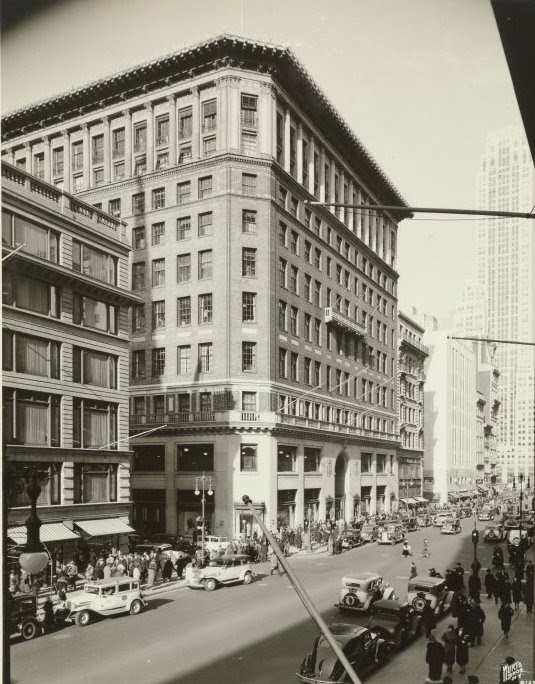 From the moment it opened its doors more than a century ago, the Lord & Taylor building on Fifth Avenue in Manhattan has stood as an icon of old-school retail.

Its Italian Renaissance design, complete with grand entrance arch and copper cornice, was a 676,000-square-foot temple to commerce — and was named a city landmark a decade ago.

But after Christmas next year, less than a quarter of its space will be home to Lord & Taylor’s flagship store. Instead, the retailer said on Tuesday, the Midtown Manhattan fixture will become the new global headquarters of WeWork, the seven-year-old office space start-up. Lord & Taylor will rent the bottom floors, redesigning them into a smaller version of its department store.

In selling its flagship building to a WeWork joint venture for $850 million, Lord & Taylor and its parent, the Hudson’s Bay Company, are bowing to pressures that have increasingly weighed on the retail industry. It is an acknowledgment that even the grand physical shopping spaces of old can now fetch higher values as offices catering to millennial workers.

Earlier this month my wife and I were in New Jersey for my sister’s wedding and we took a day trip into Manhattan. I noticed a significant number of empty retail spaces all over the city — many more empty spaces then when we moved out in 2012.

The answer is no.

Microsoft Stores: Throw in the Towel

Microsoft’s stores have a warm decor, plenty of helpful staffers and an array of PCs, phones and devices. They could use a few more customers, though.

It’s hard to know exactly how the stores are doing since Microsoft won’t comment on either sales or traffic figures. It is fair to say, though, that it is not uncommon to visit stores in which workers outnumber customers.

In San Francisco, even the tiny Amazon kiosk a floor below often has more customers than the far larger Microsoft store.

This is a remnant of the Steve Ballmer Era Microsoft.

They can probably afford to keep them running, but I’d throw in the towel.

An unlikely winner? Malls – at least high-end ones, which are flourishing. The top-rated malls of 2015 all had upscale department stores, luxury brand stores and high-tech electronics stores.

An Apple Store increased mall revenue per square foot by 13%. Think about that. Apple is going to start charging malls to be tenants.

I’ve lived most of my life since 2000 in cities (Manhattan, Miami, Los Angeles, and now San Francisco) so I’m not aware of how dire the retail situation is in suburban areas—that is— until I went home to visit my family in New Jersey this past holiday.

It was hard for me to find something as simple as a pair of Chuck Taylors. Back in the day there a Foot Locker about 10 minutes from my parents’ house, but no more.