Taken from Samsung’s 132-page engineer’s guide to copying the iPhone.
Question: Wouldn’t it be more effective to give that document to Samsung’s designers? Does Samsung have designers?

Phillip Greenspun is not a fan of Samsung’s software (via BGR):

Having switched from an iPhone 4S to a Samsung Note 3, I am amazed almost every day at some of the user interface decisions made by Samsung. (Apple fans: please don’t post comments about how it wasn’t smart to switch; I needed the Note for a work project.) Today I installed an operating system upgrade and was hopeful that some of the most glaring problems had been fixed. Sadly, they hadn’t…
As BGR notes, we’re talking about Samsung. The company that put together a 132-page document to show their engineers how to copy the iPhone UI pixel-for-pixel.
On a related note, my father has a Samsung 3D Smart TV. The “Smart” denotes it can connect to Internet services like Facebook, YouTube and Netflix. I try using the on-screen menus and it’s god-awful. Transitions and animations are choppy, the visual design is cheesy—overall it’s a very bad experience (the actual picture quality of the TV is great).

Steffan Barry on the importance of bringing developers into the creative process early:

Developers. They’re logicians, mathematicians, forecasters and teachers all wrapped up in one kick-ass co-worker. They live, work and play on digital’s frontline, and are pivotal partners in the creative development process; partners that, if included early on, can greatly enhance your chances of creating and executing an idea that will be successful in the digital space.
If you’re a web/mobile/interactive designer and you don’t like or want to work with developers, you should find another profession. The same applies to developers.
Aside from those rare unicorns that can do everything, designers can’t do what developers do, and developers can’t do what designers do.
When we work together, it’s like Voltron forming. Amazing shit is possible.*
**I once saw a group of designers and developers form a blazing sword and slice another design agency office IN HALF. True story.*

—my friend’s kid’s response to her mom

Daily Exhaust contributor Jory Kruspe designed a new site for The Society of Graphic Designers of Canada (for Manoverboard).
If you dig it, go vote for it at AWWWards.

Fortune looks at the legacy (if you can call it that) that Steve Ballmer leaves on Microsoft.
My favorite part isn’t the bullshit ego stroking the article gives Ballmer.
No, my favorite part is Jean-Louis Gassée in the comments:

No mention whatsoever of Ballmer’s many misses: music, search, maps, phones, tablets, windows 8, king of browsers Internet Explorer dethroned by Google, social networks.
Whatever, those are just little details.
Nothing to see here.

Bomb In Your Face

Over at Slate, Jessica Olien explains how people don’t actually like creativity:

In the United States we are raised to appreciate the accomplishments of inventors and thinkers–creative people whose ideas have transformed our world. We celebrate the famously imaginative, the greatest artists and innovators from Van Gogh to Steve Jobs. Viewing the world creatively is supposed to be an asset, even a virtue. Online job boards burst with ads recruiting “idea people” and “out of the box” thinkers. We are taught that our own creativity will be celebrated as well, and that if we have good ideas, we will succeed.

It’s all a lie. This is the thing about creativity that is rarely acknowledged: Most people don’t actually like it. Studies confirm what many creative people have suspected all along: People are biased against creative thinking, despite all of their insistence otherwise.
As Olien says in her post, part of creativity is uncertainty and people don’t like uncertainty.
I’d like to think as a web & mobile designer, my industry is the exception to this creativity bias, but it’s not. This is because designers might have the balls to try new, dangerous ideas, but clients don’t.
Clients want creative, but not too creative.

Failure Is Always An Option

Speaking of people who are great at writing, Clay Shirky’s post on the failure of Healthcare.gov is spot-on.
I could blockquote the whole thing, but here’s just a few nuggets I loved:

It’s certainly true that Federal IT is chronically challenged by its own processes. But the biggest problem with Healthcare.gov was not timeline or budget. The biggest problem was that the site did not work, and the administration decided to launch it anyway.
And:
The idea that “failure is not an option” is a fantasy version of how non-engineers should motivate engineers. That sentiment was invented by a screenwriter, riffing on an after-the-fact observation about Apollo 13; no one said it at the time. (If you ever say it, wash your mouth out with soap. If anyone ever says it to you, run.) Even NASA’s vaunted moonshot, so often referred to as the best of government innovation, tested with dozens of unmanned missions first, several of which failed outright.

Failure is always an option. Engineers work as hard as they do because they understand the risk of failure. And for anything it might have meant in its screenplay version, here that sentiment means the opposite; the unnamed executives were saying “Addressing the possibility of failure is not an option.”
And one more:
An effective test is an exercise in humility; it’s only useful in a culture where desirability is not confused with likelihood.
The launch of Healthcare.gov has been an embarrassing mess.

I love reading Jean-Louis Gassée. He has a remarkable ability to beautifully and concisely explain things in the world of technology (he probably could do it with any subject).
His latest post is about Microsoft’s CEO search, now that Ballmer is out:

For a large, established company, having to use an executive recruiter to find its next CEO carries a profoundly bad aroma. It means that the directors failed at one of their most important duties: succession planning. Behind this first failure, a second one lurks: The Board probably gave the previous CEO free rein to promote and fire subordinates in a way that prevented successors from emerging.
I still contend it’s going to get worse for Microsoft before it gets better.

Forbes contributor Mark Fidelman says Microsoft will overtake Apple in 3 years.
And that, my friends, is the comedy to start your weekend.

Sipho Mabona is raising funds so he can make a life-size origami elephant. (out of one, huge, single sheet of paper, obviously).
I’ve loved and done origami since I was a kid, therefor I think this is a worthy cause. 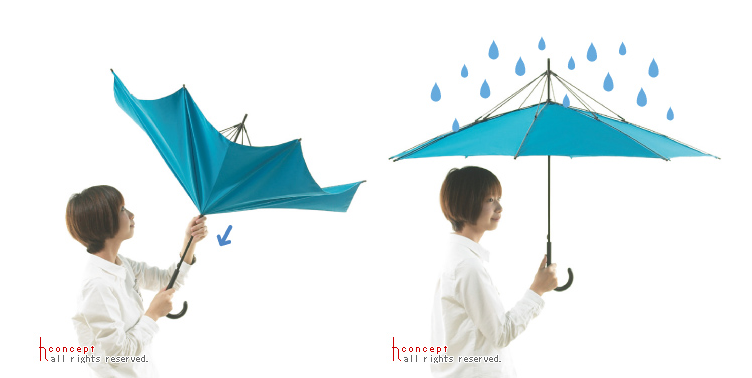 By H Concept (via The Verge)