You Have Been Schooled, Little Man

A 14-year-old, Suvir Mirchandani, told the government if they change the typeface they use they’ll save $400 million in printing costs.
Grown-ass adult Thomas Phinney shuts down the kid’s lofty idea in every way possible.
His first point:

It is not the change of font to Garamond that saves toner; it is that their chosen font is smaller at the same nominal point size than the comparison fonts.
So fuck it, use the smaller-at-the-same-point-size font, right? Wrong:
But any of those changes, swapping to a font that sets smaller at the same nominal point size, or actually reducing the point size, or picking a thinner typeface, will result in slightly less legible text. That seems like a bad idea, as the % of Americans with poor eyesight is skyrocketing as our baby boomers (and even their children, like me) age.
This isn’t even getting into the cost difference between printing in-house or using a third party vendor:
Aside from that, the reduction in toner/​ink usage probably would save less money than claimed in the study. The claim is based on the proportion of total cost of ownership of a laser printer that goes to toner. There are sadly two big problems with the idea that using less ink (or toner) will save that amount of cash, based on that proportion.
He has many more points, but you get the idea.
Adults: 1, Children: 0.
In the infamous words of Maddox, I AM BETTER THAN YOUR KIDS.
Don’t cry little Suvir Mirchandani, some day you’ll be a grown up, and you’ll likely be smarter than most 14-year olds, but not yet.

Over at his Empty Balcony, Larrick reviews American Hustle:

I never had a hard time following the plot, I just found that telling a story was this film’s secondary purpose. Showcasing
the actors was the first.
Overall I agree with Bryan’s assessment, although I don’t feel quite as strongly as he does on the miscasting of the movie:
There are some weak spots in the performances, as well. Christian Bale was miscast. His character was too dependent on hiding his face behind big glasses and ridiculous hair. I suppose it was meant as a transformation, but all it really did was remind me that, sometimes, Hollywood makes ridiculous decisions when famous people are cast to play characters based on real people. This was James Brolin as Pee-wee Herman.
If you want to see a movie where showcasing Christian Bale and Amy Adams is secondary, I recommend seeing The Fighter.
[One thing that bothered me watching the film was Bradley Cooper’s and Jennifer Lawrence’s inability to hold onto their New York accents. It reminded me of DiCaprio’s inconsistent Irish accent in Gangs of New York and his inconsistent Boston accent in The Departed. Drives me nuts.]

We Ain’t Seen Nothing Yet

The bipartisan public policy that should raise the most suspicion is trade policy, which fostered the offshoring of more than 2 million manufacturing jobs after Congress normalized trade relations with China in 2000. But an even more fundamental factor in the declining share of working Americans is the technological automation that has eliminated millions of jobs and is poised to eliminate millions more.

The mechanization of work has already taken a toll in the nation’s ports (where cranes have reduced the longshore workforce to roughly 10 percent of its size 60 years ago), factories (where machines and computers have substituted for millions of workers), construction sites (where the prefabrication of parts has reduced the number of construction workers ) and offices (whatever became of secretaries?). And with increasing computing capacity steadily expanding the abilities of machines, we ain’t seen nothing yet.
No shit, Sherlock.

Microsoft has been been saying since the beginning the advantage of Surface (coupled with Windows 8) is that it doesn’t compromise. It offers all the benefits of a tablet, with the productivity and power of a laptop.
Now Office is available for the iPad.
Microsoft has killed off its only supposed advantage and they can now discontinue the Surface, since the iPad has never had and never will have keyboard covers.
Case closed.

Sometimes I don’t understand what the fuck The Verge is thinking. They’ve done “a cheap laptop showdown” between a Chromebook and Windows laptop.
The cons for the Toshiba Chromebook include:
Feels flimsy in your hands
Can’t run large programs like Photoshop
Limited number of offline-ready apps
We’re talking about a $400 shit-top. How are these cons surprising?
It’s like test-driving a crappy Kia and saying it can’t ford 3-foot high rivers or maneuver snow trails.
Regardless, the Chromebook got a 7.5 score. Makes total sense.

I caught this commercial during Meet the Press the other day. It’s hilarious. I feel like the tagline should have gone something like, “Being investigated for securities fraud? BDO.”
Or, “Whistleblower exposed your Ponzi scheme? BDO.”
How about this one? “Contributed to the collapse of the global economy while awarding yourself and other executives billions of dollars in bonuses every year? BDO.”
But why stop there? I’m sure BDO could help with other problems that corporate giants may face. “Caused environmental devastation that was picked up by the national press? BDO.”
Ooh, here’s another good one. “Hid the devastating side effects of a drug produced by your company? BDO.”
Seeing commercials tailored to the one percent is nothing new during news programs. But this is the first commercial I’ve ever seen that had the words ‘allegations’ and ‘violations’ in its script. This truly is a precious moment in American culture. Corporate malfeasance has become such a growth industry that BDO can advertise. This is why people hate Wall Street.

Apple is looking at further automating its production lines for popular devices including the iPhone, a new report from Taiwan reveals, with the company supposedly planning to automate production this year for its iPhone 6 batteries in order to “reduce its manpower demand.”
Those pesky humans trying to do ‘jobs’, so silly.

kids in the hall

In talking to dozens of people around Silicon Valley over the past eight months–engineers, entrepreneurs, moneymen, uncomfortably inquisitive cosmetic surgeons–I got the distinct sense that it’s better to be perceived as naïve and immature than to have voted in the 1980s. And so it has fallen to Matarasso to make older workers look like they still belong at the office. “It’s really morphed into, ‘Hey, I’m forty years old and I have to get in front of a board of fresh-faced kids. I can’t look like I have a wife and two-point-five kids and a mortgage,’ ” he told me.
When my wife and I moved to San Francisco last April, I interviewed with a few startups and I discovered with my 14 years of experience, I was very over-qualified for what they were looking for in a designer, both in experience and salary.

If you’re one of those people bitching about Flappy Bird no longer being available on iOS, I suggest you play Badland.
The gameplay is great and much more varied than Flappy Bird, and the artwork is gorgeous. 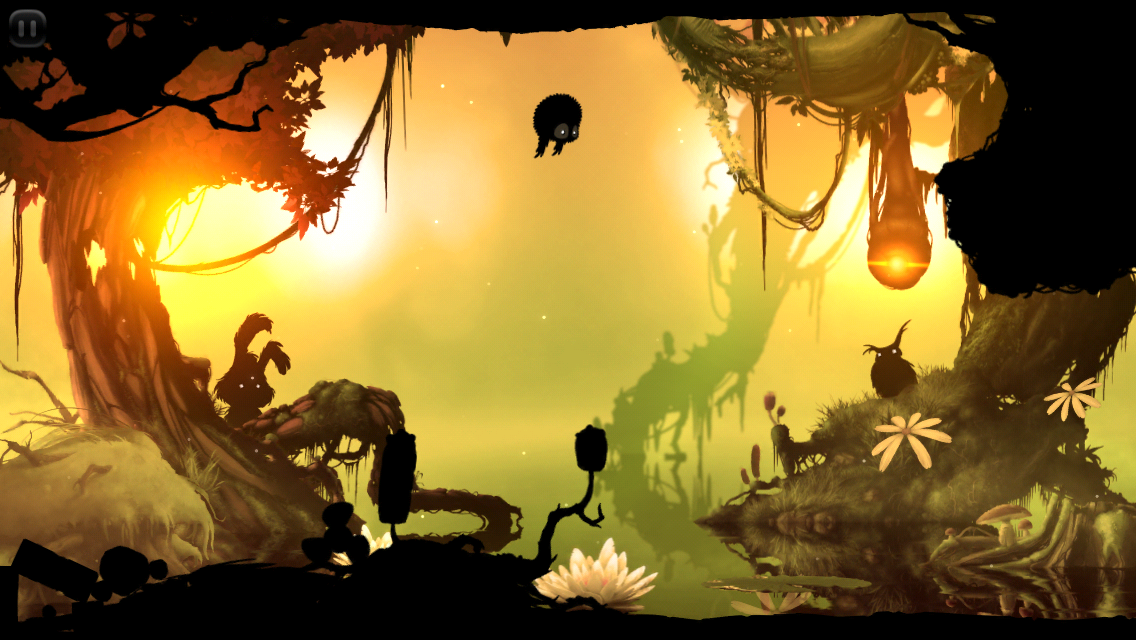 How long has it taken a company to design a beautiful in-window air conditioner? Wikipedia says the ‘through-wall’ version was invented in 1935 by Chrysler. Quirky and General Electric just announced the Aros and it’s beautiful.
So roughly 80 fucking years. Jeez. 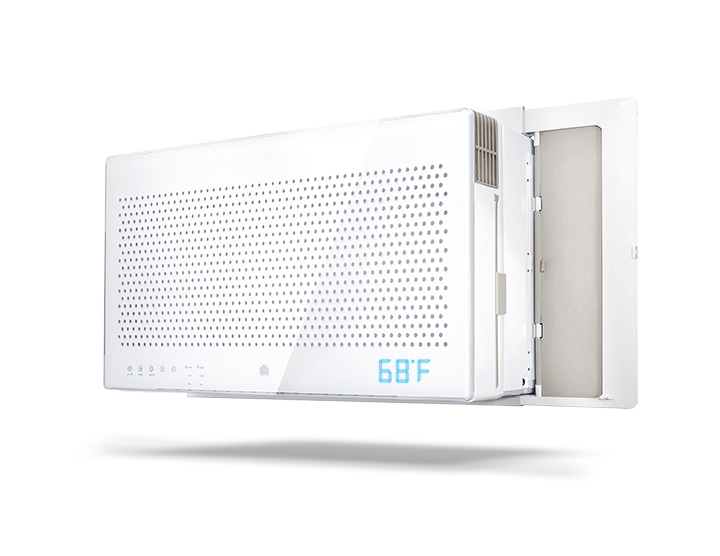 I say thank you, Nest. You’ve alerted people to the fact that there’s a lot of home products that need to be rethought.